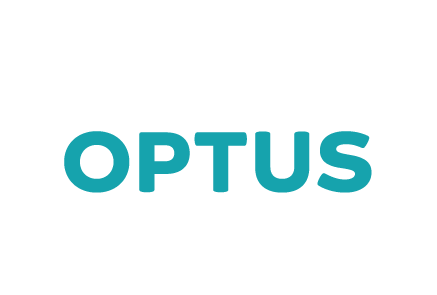 Clive Vaz went from automation engineering, to IT, to starting a business focused on helping those in need. He says it took vision, an evolving approach and a little help from the Optus Future Makers Grant to take the next step.

When a person living with mobility issues leaves their home, whether it’s for food, a job interview, or any other reason, their mode of transportation is only one of many issues they have to consider. Clive Vaz has seen his brother, who has cerebral palsy, struggle with this.

“We wanted to take him out more often, but whenever we said, ‘Hey, let’s go to this restaurant.’ He would always ask, ‘Clive, is there going to be a ramp or lift there, or am I going to have to inconvenience you?’ And quite often he’d say that he might as well stay home.”

Vaz, the founder of PeepsRide, an accessible technology platform that allows people with disabilities and their families to book transportation, says his brother was an inspiration both for the formation of the company and how it has developed over time.

“We realised there was not enough information out there about the accessibility of venues on the granular level. We even want to know the door width – if the entrance to a toilet is more than one metre so a wheelchair can fit – so people with disabilities can check if venues can accommodate them.”

From idea to reality

Vaz studied automation engineering in the mid-nineties. The degree touched on everything from robotics and mechanical engineering to computer science and telecommunications.

This varied education was immediately helpful. Vaz talked to an automation engineer who had switched to software engineering and IT, and he decided he should do the same.

“My first job was developing software for a product company that was basically working on point-of-sale automation. We actually built the first ‘Amazon’ – an online marketplace in 1999 – when the real Amazon was focused on books. Companies could host their stores online with us and sell goods directly. It was ahead of its time, and unfortunately it went nowhere.”

His next product was with a similar marketplace, but it focused on IT equipment. Seemingly more viable, but the company didn’t survive the bursting of the dot com bubble in the year 2000.

Vaz spent the next two decades working in various companies, including Deutsche Bank, Optus and Transport for NSW. It was a conversation with a friend in 2018 that convinced Vaz to start PeepsRide.

“We were talking about how many parents need help transporting their kids, whether they have a disability or not,” he says.

Soon after, Vaz heard about Optus Future Makers, a capacity building and accelerator program for social start-ups that use technology for good. But if he thought that having once worked for Optus would help him secure the grant as soon as he applied, Vaz was mistaken. His proposal was rejected.

The initial idea for PeepsRide was to create a carpooling app for parents so that they could help one another with pickups and drop offs.

“We soon realised that, while there was a need, safety and insurance were major concerns. So we pivoted and decided to move from a B2C model to a B2B model, because after speaking to many care organisations we found they were relying on rudimentary systems.”

For example, one driver Vaz talked to relied on handwritten notes in order to know where, when and who to pick up. To help care organisations modernise, PeepsRide team developed a ride-booking software.

“We did a trial with a care organisation in Tamworth that took people with disabilities on monthly excursions. I rode with them and the experience was amazing because you could see their happiness levels go up.”

Applying again for Future Makers in 2020, PeepsRide was accepted.

“We let our ideas mature for two years, got runs on the board with trials, and pitched again,” he says. “Optus isn’t just looking for ideas, it’s looking for projects that once brought to life will be viable for years to come.”

Beyond the financial support, Optus provides startups in the program with mentors to help them with everything from product design to business strategy. After some consultation, one of these mentors encouraged Vaz to make another pivot.

“We are going from B2B, which is something like software as a service, to a B2B2C model. We will sign up with various service providers to provide access to their services to our community of users. The PeepsRide community can then book transport and other services with registered providers that meet their specific care and travel needs.. This model means we don’t dilute the brand.”

When PeepsRide launches in May 2022, Vaz will have fulfilled the goal of the first organisation he worked with, and started an online marketplace where organisations can connect directly with consumers.

The platform, together with the feature allowing users to look up critical information about venue accessibility, will be an even more valuable offering than just a ride-booking service. People with disabilities and their families will have confidence in both getting to where they want to go, and knowing that it’s worth the trip (to get an early invitation to be part of the product launch follow PeepsRide on LinkedIn).

For engineers who are yet to start a business, but are considering it, Vaz tells them what he wished someone had told him.

“If you want to be an entrepreneur, keep your eyes open for business opportunities that solve real life problems. Build a company that people love working for, because you are providing a service or product that people love.”

To find out more about Optus Future Makers, be inspired by more of its alumni, or apply for the grant, go to the Future Makers website.