Engineers and scientists from CSIRO came together to solve a wireless networking problem. The result was WiFi.

You’re in an open-plan office, a hotel room or an airport lounge and you fire up your laptop.

The next step is typically to click on the name of a WiFi network, maybe enter a password, and, that’s it: you’re online.

It’s simple — a completely unremarkable experience that, quite remarkably, connects you to almost any form of communication and any source of information you wish to access. It works in cars, in homes, in public parks, at beaches and even on aircraft.

But a few decades ago, such communication was unheard of.

That changed when a group of researchers at the CSIRO, led by engineer and physicist Dr John O’Sullivan, set themselves a momentous challenge.

“The signals going from the access point on the wall to a laptop would simply bounce around the room,” O’Sullivan tells create.

“It’s like radio reverberation. If you’re trying to send bits, one after another, at 100 megabits per second, those bits are only about three metres apart. So the reverberation would do a pretty good job of scrambling everything.”

In the late 1980s, O’Sullivan was well known for his career in radio astronomy and radio and signal processing. His teams had developed radio and signal solutions for everything from geophysical imaging to proxy imaging detectors in mines.

In the early 1990s, he brought together a team to work on wireless networking projects.

“My role was one of a generalist, because I knew just enough about each of the areas to argue with the experts,” he recalls.

“We initially had a mathematician, a signal processing expert, a software person and a couple of different engineers. We argued about what the exact problem was and argued about different ways of solving it.”

“Wireless networks existed, but we thought we could create an indoor wireless network that was as fast as the best wired network at the time, which was a fibre optic network. That ran at 100 megabits per second,” O’Sullivan said.

“What we set out to create was 100 times faster than any commercially available product.”

Within the group, the experts were optimistic. Outside the group, however, it was a different story. When they pitched the idea to organisations and external specialists, to other academics and to experts in the field, “people were polite about it, but some looked at us as if we had rocks in our heads,” O’Sullivan recalls.

The team took a set of steps that involved separating out different ‘tones’ of signal.

They had discovered, when studying echoes and reverberations, that when they sent signals of a different tone, some tones would make it through unscathed while others would be scrambled or blotted out.

“It’s hard to imagine an Australian-invented technology that has had a greater impact on the way we live and work.”
Senator Chris Evans

They began to use Fourier transforms, which split signals into tones and guaranteed the transmission of specific tones.

But the tones that were not getting through were still a problem. The team began to use error-correcting codes that pieced the damaged information back together. The secret was to think of the problem not as “time echoes”, he said, but rather as “notches in the frequency spectrum”.

“One of the reasons that many people thought we were crazy was perhaps because they thought the solution we were proposing would require a room full of equipment,” O’Sullivan said.

“But we had built an integrated circuit, a chip that was capable of the fast Fourier transform. The original version was too slow, but we knew how to speed it up.”

The team had a draft Australian patent in place by 1992 and a US patent in 1996. The technology wasn’t standardised until 1999 and was first used in commercial products around 2000.

Devices containing WiFi enabled by the team’s work began to enter the market in 2001. By November 2013, when the US patent expired — US patents, at the time, had a life of 17 years — more than five billion of those devices had been sold.

In the 12 years between the release of the devices and the patent expiration, an enormous amount of legal wrangling was required for CSIRO to earn its rightful royalties.

Originally, CSIRO encouraged technology companies to take out licenses for the use of its tech. This was not a success, and, in February 2005, CSIRO launched its first test case against Buffalo Technology for patent infringement.

Within months, several of the world’s biggest technology companies were filing countersuits against CSIRO. The fuse had been lit.

The original lawsuit against Buffalo Technology was ruled in CSIRO’s favour in June 2007. 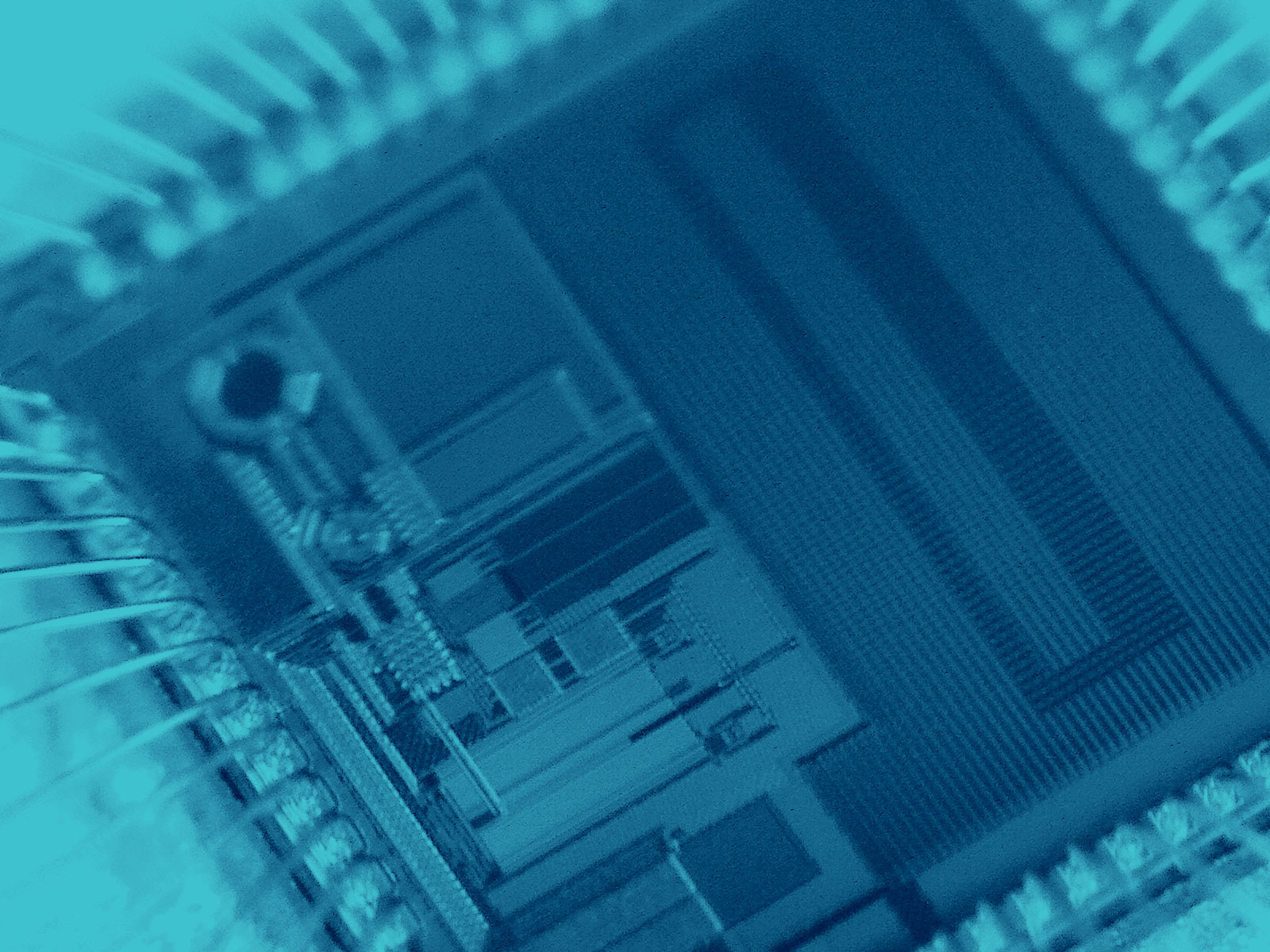 CSIRO continued to move up the food chain, taking on and winning case after case. The result of the final trial, against major US telcos, was announced publicly in April 2012 by the then Minister for Science and Research, Senator Chris Evans, as it brought all current legal matters to a close.

“People all over the world are using WLAN technology … to connect to the internet remotely from laptops, printers, game consoles and smart phones in their homes, workplaces and cafes,” Senator Evans was quoted as saying in The Conversation.

“The work in radioastronomy by CSIRO scientists here at home is having a positive impact on the way people live right around the world.

“It’s hard to imagine an Australian-invented technology that has had a greater impact on the way we live and work.”

A settlement involved license agreements with 23 information technology companies — including Hewlett-Packard, Dell, Microsoft, Nintendo, D-Link, Belkin, AT&T, Verizon, Toshiba and T-Mobile — making up around 90 per cent of the market. Total revenue from this agreement is more than $430 million.

Since it was first developed, the commercial end of the WiFi spectrum — such as chips used in high-end smartphones, tablets and laptops — has been striving for all-out speed and performance.

However, at the same time, a generation of everyday items has developed its own, very different, need for WiFi connectivity.

These are the Internet of Things (IoT) devices — security cameras and thermostats, deadlocks and door bells, electronic shelf labels and industrial sensors — and rather than blazing speed and record-breaking performance, they instead strive for nobler goals.

“But for IoT devices, you don’t want a super-fast WiFi chip that will require a relatively high amount of energy to run. You need a chip that has a very robust connection and that has a greater range than a normal WiFi connection.

“Then, especially for battery-powered Internet of Things devices, you want something that’s very low power and that can run for many years — or ideally forever — on renewable energies.”

“They all keep innovating and making sure WiFi gets faster and faster for the next generation of iPhone, but they ignore this new, upcoming market,” De Nil said.

Don’t be misled, however, into thinking that chips designed for the IoT market are complete slowpokes. Those designed for door security systems and security cameras, for instance, must be capable of transmitting hi-resolution video, with speeds up to 44 Mbps.

Getting to this stage has been an interesting challenge, one that many members of the Morse Micro team have faced in the past.

“First of all, you have to get everything on to a single chip,” Professor Neil Weste, the company’s Vice-President of Engineering, told create.

“Twenty years ago, the innovation was to get the analogue and RF pieces on to a digital chip and make it work with good performance. We did that, and that’s what led the revolution in consumer-level devices, because once you can build one chip, you can then produce zillions of them at a very low cost.

“Now we’re two decades down the track and the technology is very good but, still, on the analogue/RF side, we have to work hard to get the performance. So at Morse Micro we have innovated in two areas. We’ve innovated on the analogue and RF side to make the transmitter and receiver extremely efficient, very small and very high performance.

“On the digital side, we’ve created an architecture that is programmable. It contains a number of microprocessors that run programs, meaning when things have to go faster, they can act as accelerators.”

Engineers on the analogue RF team and the digital team have now innovated to a point where they have produced a small chip that runs on very low power and can be produced at a low cost.

It is worlds apart from the WiFi chips engineered into modern-day smartphones. The Morse Micro team has created the industry’s first working chip that conforms to the latest IEEE 802.11ah specification.

At first it will become the chip that provides the WiFi capability in various industrial, agricultural and smart city items. But its real value has likely not yet been imagined.

From thin air: Can converting atmospheric carbon into fuel close the carbon loop?

From thin air: Can converting atmospheric carbon into fuel close the carbon loop?