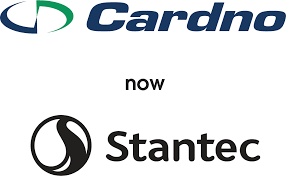 Cardno now Stantec is hoping their work in digital engineering can help set a precedent for future infrastructure projects. They’re aiming to go above and beyond current standards to contribute to the development of the design industry.

Cardno now Stantec anticipates that in the future, initiatives such as Digital Twins Victoria will be the norm; that there will be a digital version of the underground world, which will help engineers better understand and improve the real world. Cardno now Stantec – with its mantra of ‘build it before you build it’ – wants to help make that hope a reality.

“The underground is not very sexy – it’s buried and often no one cares. But it’s critical to the success of major infrastructure projects. We want to understand what is happening in the ground before we even break ground to improve project outcomes and costs,” says Soumendra Paul, Operations Leader, Transport Delivery, Australia at Cardno now Stantec.

“The Victorian construction industry is under a lot of pressure resource-wise, with the scale of infrastructure projects currently underway. We’re trying to deliver at a time when some skill sets are not readily available in the market. Automation helps us to keep projects on track.”

One of the projects where Cardno now Stantec is utilising digital engineering for underground services is the Melbourne Airport Rail project (MAR).

More than half a century after a rail link to the airport was first mooted, construction will start with a target opening date of 2029, subject to relevant Victorian and Federal planning, environmental and other government approvals. The Australian and Victorian governments have committed $5 billion each to deliver the MAR project, with Rail Projects Victoria responsible for planning, development, construction and commissioning via its delivery partners.

Rail Projects Victoria is requiring MAR delivery partners to embed digital engineering into their delivery model so all teams can share information and have a consolidated view of the project. This approach will improve collaboration and help avoid data silos and delays that would arise if teams were using disparate methods.

“There will be multiple work packages on Melbourne Airport Rail interfacing with underground services and there are a lot of interdependencies between them. If one team proposes or initiates a change, it’s important to readily understand how that change could impact the overall project,” says Ashley Water, Senior Project Manager, Rail Projects Victoria.

Laing O’Rourke has been named as the preferred Managing Contractor for the Early Works package in which more than 100 utilities will be relocated or protected along the MAR corridor. Cardno now Stantec is partnering with Laing O’Rourke as the Principal Designer for this package of works.

“This rail line has been a dream for so many for so long, and we want to make sure we get it right,” says Soumendra Paul.

The new rail line will be built over and around a multitude of infrastructure and services in one of Australia’s most developed cities. So, to get a full picture of the intricacies involved, new survey information is being seamlessly integrated with a trove of existing data.

“Our digital-first approach enables teams to share the latest, highest quality information across the project’s lifecycle and across delivery packages. The approach prioritises interface management and the gathering and validating of data so that the various teams are able to work on concurrent design activities and avoid mistakes caused by outdated information,” says Nick O’Connell, Project Manager and Utilities Lead at Cardno now Stantec.

Cardno now Stantec is making the underground visible and accessible to all with 3D models of utility infrastructure.

“We are taking utility designs and developing them into a 3D model that can be used for other purposes. People with access can zoom in on any aspect of that utility,” says Darcy Richardson, Lead Engineer in Digital Engineering and Utility Coordination.

“You can just click on a component and get up-to-date information about its purpose, who owns it, how it was constructed and when it was built.”

“We adopt a model first approach – coming up with a model that contains all the information and then using that to inform the designs. We try to develop solutions that will satisfy everyone, then bring them to the table for discussion with the various stakeholders,” says Richardson.

He believes the 3D modelling will stand the test of time.

“Not only does it enhance the collaborative design approach – for review, visualisation and presentation – it can also be used to track survey data and asset management in the future. If someone wanted to work in the Melbourne Airport Rail corridor for any reason in the future, we already have this information rendered in three dimensions,” says Shyam Ambati, Project Design Manager.

Our future could be full of undying, self-repairing robots. Here's how