Changes to NSW building regulations promise a better industry for all

The engineering sector, with Engineers Australia behind it, has given its full support to New South Wales building reforms.

In her position as Executive Officer of the Owners Corporation Network, Karen Stiles has seen the personal torment that has been caused by building issues in New South Wales (NSW).

“The human face of this enormous problem is the … elderly couple who have had to build a moat inside their lounge room to contain the water that comes in when it rains. It is the family members who have had to be put on suicide watch,” Stiles said.

“We are talking about a problem that affects people’s health — their physical and mental wellbeing. There are serious human consequences. For that reason alone, the new powers for the Building Commissioner should be a game-changer.”

It’s time, Stiles said. These problems are not new and nor are they unique. And they are not confined to Sydney’s Opal Tower and Mascot Towers.

The Owners Corporation Network was founded long ago in 2002, she said, on the premise of major building defects. The issue has now become so serious and all-encompassing that it requires a multi-disciplinary approach to figure out a solution.

In each of the pillars are engineers whose knowledge and work is central to the improvement of building quality, not only of apartment buildings, but also schools and hospitals.

“We are talking about a problem that affects people’s health — their physical and mental wellbeing. There are serious human consequences."
Karen Stiles

At the same time, the engineering sector itself is changing, with compulsory registration being introduced for engineers in the building sector in NSW, as well as major changes in process and responsibility.

An enormous posse of industry and sector specialists, thought leaders, peak bodies — including the Owners Corporation Network — membership bodies and organisations has gathered to help the Office of the NSW Building Commissioner chase the cowboys out of town.

The level of collaboration speaks volumes about the breadth of support for building sector reforms.

Engineers Australia is taking its responsibility to represent engineers, stakeholders around the sector, and the reputation of the profession extremely seriously. It is not only partnering with industry and government, it has brought on board a new Project Manager for Building Sector Reform, electrical engineer Baoying Tong CPEng.

“My new role is to effectively coordinate, on behalf of Engineers Australia, all the building sector reforms happening in New South Wales,” Tong said.

“These reforms could potentially scale up and apply nationally, but, right now in New South Wales, I’m to ensure Engineers Australia has actions and responses prepared for all of the building sector reforms.”

Tong, who is on secondment to Engineers Australia from AECOM, said his focus is on coordinating with groups of subject area specialists working on each of the six pillars of the building reforms, ensuring the engineers involved effectively represent the knowledge and expertise of their profession.

“The first aspect is to effectively engage our stakeholders and understand our situation and position,” he said.

“Secondly, it is to be actively participating in the various pillar discussions to make sure the views from our stakeholders are represented. And lastly, my role is to be collaborating with other stakeholders within the government and from other bodies.”

“Not business as usual”

“It is quite a special event,” Ang said.

“It is certainly not business as usual. There has been a lot more collaboration across the construction sectors, including between industry and industry bodies, and there is a great level of trust placed in the people who have been put forward to represent engineers in each of the various pillars.

“This is exciting, because that’s what engineering should be all about: close collaboration and inclusion across the whole sector, including between the professional body and the industry itself.”

Over the past three years, Johnson has been instrumental in driving change in regulations and competency frameworks around fire safety engineering in buildings. He’s now turning that experience and focus more broadly to the regulatory frameworks around building.

The lessons learned in the area of fire safety, a strong basis of evidence, and research including accreditation, registration, and professionalism are now being brought across to other disciplines.

“When we looked at all of the regulation controls on fire safety engineering across Australia, in the building regulations we found they were all over the place. They were completely inconsistent across states. What we argued early on was there needs to be national consistency,” he said.

“The second thing we found was a strong need to lift levels of competency.”

Fairweather has also represented Engineers Australia in the Building Regulations Advisory Committee (BRAC) for the past five years, looking at reform and change in building-related regulations for NSW. 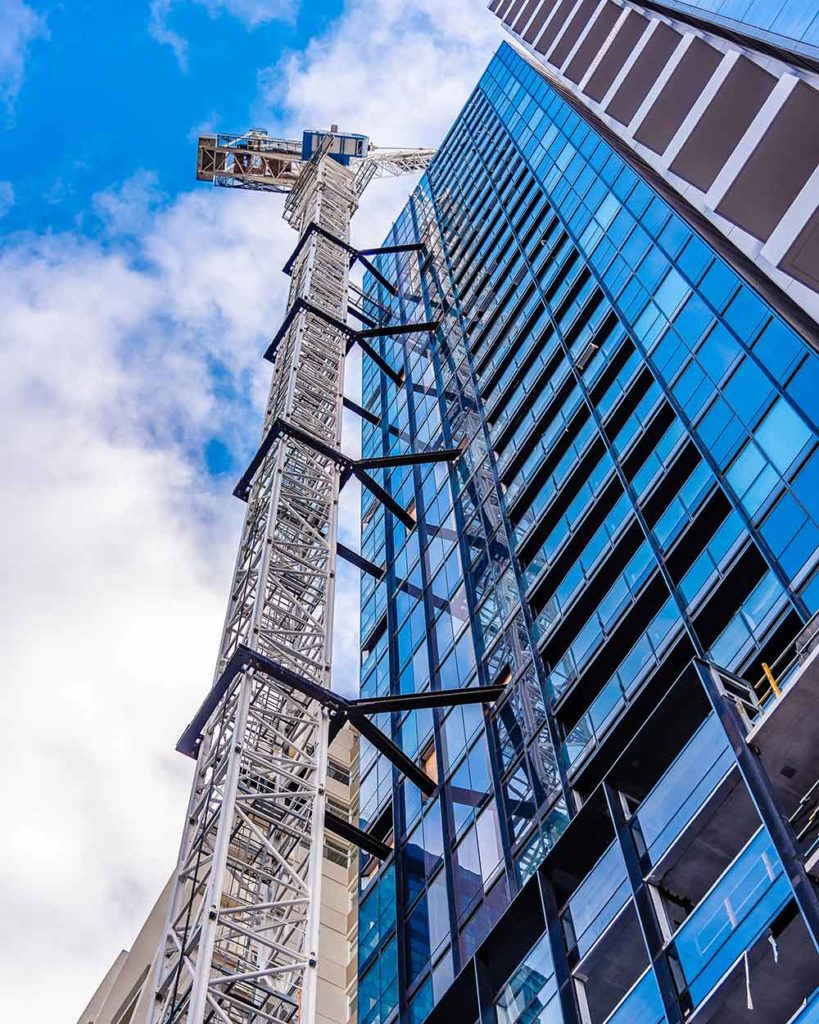 “The Building Commissioner is developing a series of rating systems to evaluate trustworthiness associated with developments,” Fairweather said.

“These systems will inform their own activities as well as decisions by external stakeholders, ultimately benefiting consumers by enabling better decision-making processes. It’s all still in development, but a multi-party rating scheme is expected that could be used to outline the likely trustworthiness of each development team.”

Fairweather illustrates the power of such a system by pointing to the Australasian New Car Assessment Program (ANCAP) safety rating given to cars.

“This is a good rating because vehicle manufacturers are encouraged to do everything they can to make their cars as safe as possible, because the consumer has confidence in ANCAP ratings and this drives sales,” he said.

“Manufacturers invest in safety features and design quality because cars with low star ratings don’t last in the market, which is exactly what we want to happen with poorly rated developments.”

Alexandra Sparvell, General Manager of Engineering Education Australia and a member of the senior management team responsible for the education business at Engineers Australia, is a representative on the Pillar 3 working group, which covers building skills and capabilities.

“Our focus is around the education side of the framework,” Sparvell said.

“When it’s decided exactly what skills and capabilities need to be added or improved as the reform process moves onwards, we’re about making sure there’s an immediate platform to provide that learning, one that is accessible, fit for purpose, relevant and responsive.

“What engineers will see is a central place where they can access education to lift their skills and capabilities. It will be provided via the Office of the Building Commissioner and accessible from anywhere.

“Engineers Australia will also be increasing delivery of education specific for engineers to assist them in meeting the requirements of the new building code in 2021.”

“What engineers will see is a central place where they can access education to lift their skills and capabilities.”
Alexandra Sparvell

Overseeing and managing this entire process is Chandler, the NSW Building Commissioner. His job is to identify and eject those who don’t belong in the sector.

Then, for those who remain, he has been tasked with creating an environment in which constant improvement, complete transparency and access to valuable data analytics will forever rid the building sector, in NSW at least, of nasty surprises and, at the same time, create entirely new opportunities.

“The fourth pillar deals with understanding what’s happened to contracts and the engagement of the players over the last 20 years. How do we get clarity on what contracts are intended to do?” Chandler said.

Pillar 5 is a digital capability-building piece that involves investing heavily in digital solutions that allow effective regulation and promote greater collaboration across the space.

This involves a “single source of truth”, he said, meaning customers will only need to lodge regulated designs once, into a central system, instead of multiple times across various regulatory bodies.

“We’ve been working for the last six to eight months to identify all of the intersection opportunities we can have as a regulator,” Chandler said.

“The intention is to get our source of truth from the new e-planning platform, allowing us to close down what I’ve discovered is about 20 silos inside the regulator. Gas inspectors, electrical inspectors, safe work inspectors etc., have duplicated all of this data in their own silos. We think we’ll be able to get a productivity lift of about 60 per cent by using the new e-planning platform as a single source of truth.”

Matthew Press, Director, Office of the Building Commissioner, says it’s important to realise the six pillars are very much intertwined.

“They are all informing each other,” Press said.

“For example, through data and research, we’re going to be unpacking where material defects lie and what the cause is. Then we can use that to inform where we take legislation to try to prevent that.

“Do we need to adjust planning laws, certification laws, building laws or standards, or actually be doing something different and supporting it through education? So, while there are six definitive strategies and programs, they’re actually all part of one coordinated approach.

“A big part of how we’re delivering this strategy is as a partnership with the sector itself. What does that mean? Every two months for each of these pillars we’re gathering a group of representatives from across industry — engineers, certifiers, designers, even students or young graduates who just finished university or TAFE — and we’re telling them where we’re up to.

“While there are six definitive strategies and programs, they’re actually all part of one coordinated approach.”
Matthew Press

“We’re listening to their feedback and applying it to determine where we go in the future. Through those conversations, they’re coming to realise that their own perspective has enormous bearing on where we take this program and how it changes and adapts.”

“Since then, Engineers Australia has been heavily involved in the long series of parliamentary and governmental inquiries at national and state levels to discover what can be done to prevent incidents of similar scale occurring here,” she said.

“NSW is at the next stage, actualisation of reform recommendations, which means the community is one step closer to safer cities.”

What are the six reform pillars?

These are the six reform pillars, developed and driven by the New South Wales Building Commissioner.