To measure something is to begin to manage it, and it’s a principle that has dominated much of Kevin Hennessy’s career.

The climate change researcher has been involved with the Intergovernmental Panel on Climate Change (IPCC) for more than 25 years, including as Lead Author of the Australasian chapter of the IPCC’s 6th Assessment Report on Impacts, Adaptation and Vulnerability.

In November, Hennessy will be discussing the findings of this report – and how they must be used to inform the work of engineers – at the upcoming Climate Smart Engineering Conference.

He said it was clear climate change has already caused widespread impacts to ecosystems and people.

“[But] vulnerability differs substantially among and within regions, driven by patterns of socio-economic development, unsustainable ocean and land use, inequity, marginalization and governance,” Hennessy said.

“Progress on adaptation is uneven and there are increasing gaps between action taken and what is needed to deal with the increasing risks.”

Hennessy called on engineers to drive accelerated and equitable action to both reduce net emissions and adapt to climate change.

Hennessy said Earth’s surface temperature had already risen by 1.1°C on average, with greatest increases over land and near the poles.

“Many weather and climate extremes are being affected, including heatwaves, heavy rainfall, droughts and tropical cyclones,” he said.

“Progress on adaptation is uneven and there are increasing gaps between action taken and what is needed to deal with the increasing risks.”
Kevin Hennessy, IPCC

“Rainfall is expected to increase over high latitudes and much of the tropics, but decrease over the sub-tropics including southern Australia.”

Hennessy said without a strengthening of policies implemented by the end of 2020, average temperatures are expected to rise by 1.5°C by 2030 and up to 2.4°C by 2050. By 2100, at which point most of the children being born today could expect to still be living, that figure could be 3.2°C. 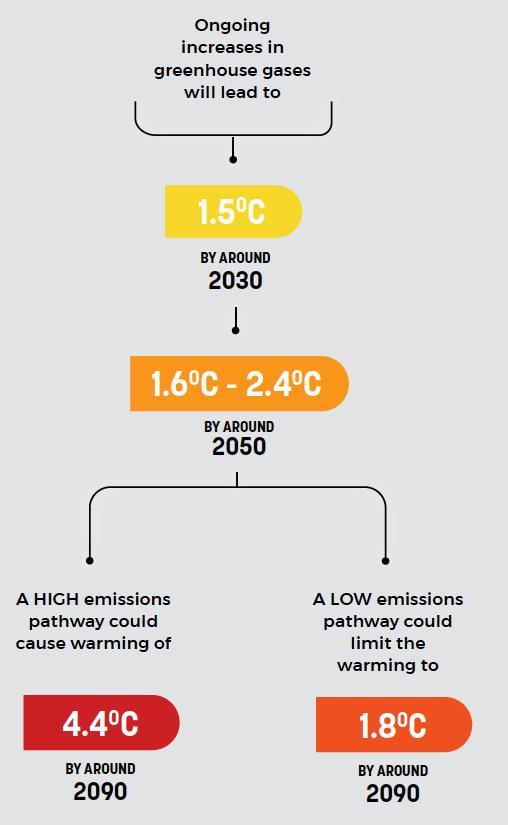 Hennessy said while many cities and regions have developed plans, few have been implemented at anything close to the required scale, with most financial investment directed at large-scale engineering projects after climate events have caused harm.

Hennessy said adaptation and mitigation would require an incredibly broad array of tools and technologies.

“Changes to the design and built form of cities can contribute to reduction of the urban heat island effect and the impacts of heatwaves,” he said.

Creating resilient road and rail networks would also be crucial to mitigating harms – including rerouting and rethinking land-use planning. Resilient ICT and energy infrastructure, Hennessy said, would also contribute to the robustness and stability of communities during disasters.

Hennessy will deliver the opening session at the Climate Smart Engineering Conference, from November 22-23. See the latest speakers who have been added to the program here.

Can a smart bin help crack the recycling challenge?