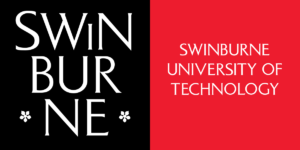 A Swinburne University of Technology team has partnered with Hawk Measurement Systems to develop technology that can better predict downtime for large mining conveyors.

The technology can also provide up to 20 days warning prior to common faults that halt operations, which can help prevent component failures which could result in unplanned shutdowns. The system provides real-time monitoring and responses across considerable distances with greater accuracy at a lower cost than other monitoring systems.

The Swinburne team is led by Associate Professor Pat Rajeev, who has a background in structural dynamics, PhD student Hendrik Wijaya and supported by the Dean, School of Engineering, Professor Emad Gad. Hawk Measurement Systems initially proposed the concept to Swinburne to determine if they could supercharge their fibre-optic monitoring system with new algorithms, detection capabilities and design a new way to mount the system on to mining conveyors.

Almost every mining operation in Australia has been fighting the “tyranny of distance” since they first began. For a mining owner or operator, it is a significant challenge to drive a profitable operation with infrastructure across vast distances or in remote locations.

According to the Swinburne team, just one hour of downtime in large mining conveyors can equate to around $100,000 in lost production value. An increase in uptime for the conveyors can be extremely valuable to mining businesses.

“Up until now, if a fault occurred on a conveyor, operations managers would need to send people out to physically walk the line and identify the source of the fault,” said Pat Rajeev, Associate Professor of Civil Infrastructure Engineering at Swinburne.

“Some of these conveyors are kilometres long, so you can imagine the time that could take out of production uptime. Our system not only pinpoints the locations but also gives you an early warning for most of the common faults, so you can even prevent them from happening.”

While existing fibre-optics technology is used to measure other large-scale infrastructure, the cost of those systems can be cost-prohibitive once the structure stretches across kilometres. With the updated fibre optics system from Swinburne, the existing off-the-shelf components from Hawk have received a significant monitoring boost. They can be installed at a much lower cost, with greater monitoring accuracy across wider distances.

“The partnership with the team at Swinburne has helped us to uncover incredible new value from our existing fibre optic components. We look forward to collaborating and developing more opportunities for the mining industry together,” said Les Richards, CEO of Hawk Measurement Systems.

“I have been able to not only research and prepare my thesis on the new monitoring system, but to also work with our industry partner Hawk on a real-world solution that is a practical benefit to the mining industry. That experience is invaluable for me,” added PhD student Wijaya.

“Applying smart anomaly detection algorithms together with artificial intelligence, the developed system has the potential to effectively monitor conveyor systems and other large and spatially distributed infrastructure,” said Gad, Professor and Dean, School of Engineering at Swinburne.

The joint team has run two commercial trials, one in Western Australia and the other in New South Wales. They are also in the early stages of adapting the technology for other large infrastructure projects such as pipelines above, on or below ground, or for monitoring of large dams. They are currently in discussions to test solutions for those applications as part of a global exploration of opportunities.

For more information about the mining conveyor monitoring system, please contact the Centre for Smart Infrastructure and Digital Construction at Swinburne or reach out to the partnerships team if you would like to explore collaboration opportunities.

'That’s when I got the idea a powerful water gun would be fun': Meet the engineer behind the Super Soaker

'That’s when I got the idea a powerful water gun would be fun': Meet the engineer behind the Super Soaker