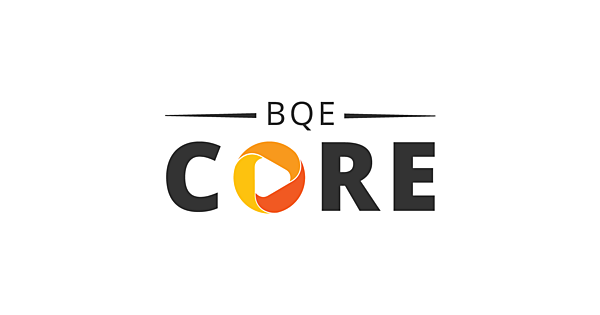 For project-based firms that rely on hitting billable milestones, these errors can severely undermine cash flow. Here’s how to avoid them.

The commercial success of engineering organisations depends on successful resource management, and the ability to correctly forecast revenue is key to peak project performance and vital for delivering profitable projects on time and within budget.

Bruno Carbone, an engineer with almost three decades’ experience working for multinational organisations and major infrastructure projects, will be co-hosting a Thought Leaders webinar with BQE Software on 27 October exploring resource management, revenue forecasting and how engineering firms can do both more effectively.

As Director and Principal Consultant at BDC Engineers and Consultants, revenue forecasting is something he takes seriously. Here he shares the four most common mistakes engineers make when projecting revenue.

1. A lack of real-time data

“There are two areas where engineers need real-time visibility,” he says. “Visibility across projects and visibility within projects.”

Up-to-date information from the field is vital for project managers to monitor whether milestones will be achieved on schedule. However, says Carbone, project managers are often reliant on timesheets, which, even once collated, only give a very partial picture.

“Their engineers might be reporting that they are only 30 per cent through the task, but the hours might say they’re 80 per cent through,” he says. “And, quite often, if you don’t have that ability to see in real time, it’s not until the situation becomes critical that you realise what’s happening.”

Perhaps even more common is lack of visibility across projects.

As engineers on the ground are pulled in two directions, it’s perfectly possible neither project will achieve its billable milestone, and the effect on cash flow will be twice as damaging.

2. A lack of visibility for team members

It’s not just leaders at the top that need real-time data. Transparency over deadlines and hours allocated per project for all team members is key to successful project delivery, says Carbone.

“If team members just plug their timesheets into a spreadsheet at the end of every week, they don’t really have a constant reminder of how they’ve only got two weeks allocated to complete a task,” he says. “Having access to time allocations and due dates gives team members the opportunity to self-manage, and can increase their sense of empowerment.”

A system that flags potential overruns early allows team leaders to establish what’s causing the roadblock and project managers to return to the client and manage expectations — and perhaps even renegotiate billing.

3. A failure to learn lessons from previous projects

In many organisations, a dedicated bid manager looks after the quote or tender. Understandably, a common process is to look for a previous successful bid that seems similar and use that as a template.

Oftentimes, however, after the bid is won the team will sit down, look at the deliverables, and will realise the costing is flawed as the previous project overran the estimate.

“Any good project management process within a business will include a ‘lessons learned’ session at the close-out phase,” says Carbone. “But if you don’t have some way of feeding that back into the bidding process then, however great your report, you’ve done it all for naught.”

4. A failure to update costs when managing bids

“Another area that often catches people out is using spreadsheets to generate bids but not updating rates,” says Carbone. “Your forecast may be really accurate but the numbers that you’re getting and the margins won’t be, because labour rates may have gone up five per cent, so you’ve automatically lost that five per cent.”

Rates for individuals within the business can vary from year to year, while team members with the same job title may be on different ends of a wide pay scale. It’s essential, says Carbone, to ensure baseline figures are correct.

Of course, these are just some of the common mistakes people make. To really excel at revenue forecasting and resource management, you want to go from avoiding pitfalls to achieving peak project performance. That’s what will be discussed between Carbone and Steven Burns, Chief Creative Officer, BQE at the EA hosted Thought Leaders Series webinar.