Submersible engineer Tim Macdonald has set a new depth record for Australia with a dive to the deepest point of the world’s oceans — Challenger Deep in the Mariana Trench.

The Caladan Oceanic pilot undertook the 12-hour dive on 8 April after being part of an international ‘space race’ to engineer a vehicle capable of repeat journeys to the bottom of the ocean.

Limiting Factor can withstand pressures of up to 1400 bar — akin to having 11,000 t per square metre at full ocean depth. 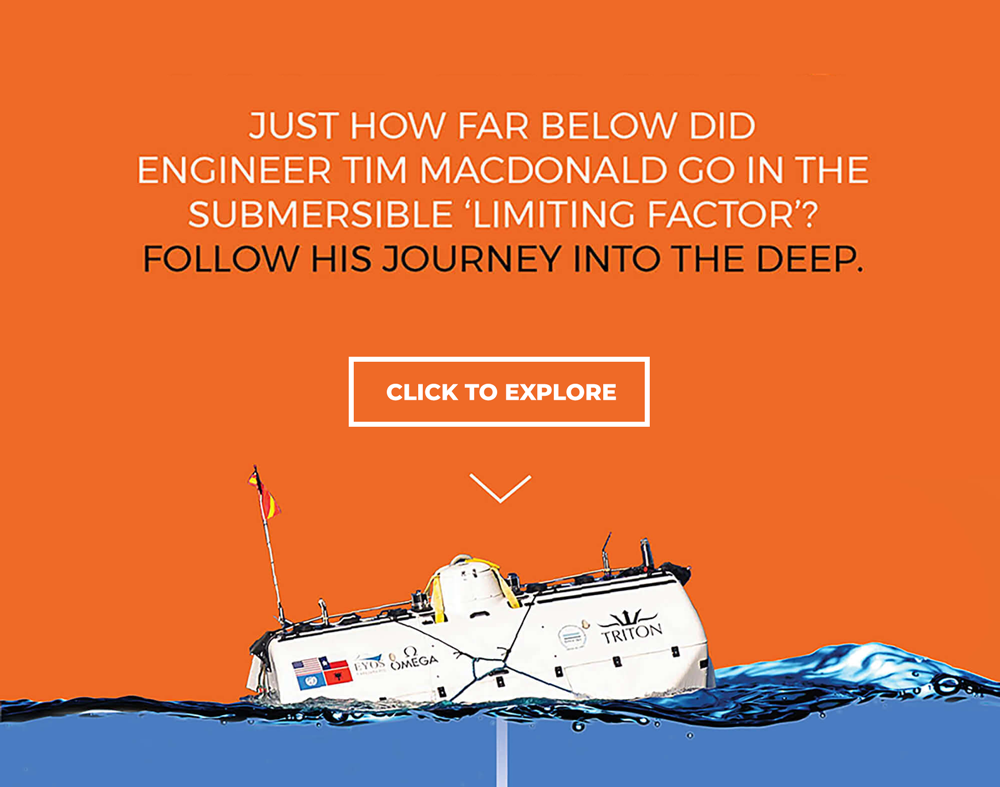 Simplicity and precision engineering are key to the sub’s design, with the pilots housed in a weld-free titanium pressure hull.

This 90 mm hull is machined to within 99.933 per cent of true spherical form.

“The sub actually shrinks as it goes down,” Macdonald said.  “The sphere [alone] shrinks by about 6 mm.”

Macdonald, who studied marine and offshore engineering at the Australian Maritime College, likes to wake up early on the day of a big dive.

At 4.30 am, the team on board support vessel DSSV Pressure Drop start to prepare Limiting Factor — filling it with oxygen, replenishing the carbon dioxide scrubbers and running a full systems check.

About 7.30 am, Macdonald and his Kiwi co-pilot Rob McCallum duck off to get changed, have one last bathroom break and make sure they’ve packed their lunch, while the rest of the crew get the sub hanging off the back of the ship.

The two pilots climb into the sub, the crew put it in the water and a swimmer disconnects the lifting lines.

The team then floods two large air tanks with water, and Macdonald and McCallum start sinking beneath the waves.

At the surface, Limiting Factor is less buoyant because the water isn’t as dense. So when the air tanks fill with water, the sub drops quickly.

Within minutes, Macdonald and McCallum are plunged into darkness.

“By the time you get to 1000 m, the ambient water temperature is one to two degrees Celsius.”
Tim Macdonald

The temperature inside the sub — a balmy 25–30°C at the surface — drops rapidly.

“By the time you get to 1000 m, the ambient water temperature is one to two degrees Celsius,” Macdonald said.

“And being in a big titanium sphere, it starts to cool down pretty quick in there.

“By the time you’re two or three hours into the dive, you’ve got down booties on and a down jacket and a beanie.”

For the four-hour journey to the ocean floor, there’s really not much for the two pilots to do other than listen to music and shoot the breeze.

“Normally the days are so busy, it’s nice that you can actually have a moment to just have a chat and catch up,” Macdonald said.

Race to the bottom

It was built by Triton Submarines, who constructed the sub in secret amid moves from the Chinese government, Virgin and film director James Cameron.

“Victor didn’t want to put any pressure on Triton to feel like they needed to finish it earlier than they were planning, to make sure that the vehicle was built correctly and had the right certification and the right testing,” Macdonald said.

“So he didn’t want word getting out that we were doing it in case other people started ramping up their efforts.”

One of the big challenges in building the sub was the electrical components.

“So what they did is they went for a lot of solid state components … and then put them inside an oil bath.”

It’s known as a ‘pressure balanced oil filled’ system, and it means electrical components can be placed inside a lightweight aluminium box rather than a pressure tolerant casing.

“Once you get on the seafloor, it's like time just accelerates by about 50.”
Tim Macdonald

For Macdonald, that meant months testing individual components in a hydrostatic chamber.

“We’d go and get the smallest, tiny little diode that we were going to put on a circuit board, and we’d buy it from 10 different manufacturers and we’d test 50 of each of them and find out which ones were going to work,” he said.

“We could then send those components to the manufacturer and say, ‘Okay, build the circuit boards out of these ones’.”

It’s frustrating, Macdonald said, but it’s the most interesting part of his job from an engineering perspective.

“We’re trying to track all our components and figure out how long things last,” he said.

“How many cycles does an o-ring handle at full ocean depth? How long do the connectors last?”

With 98 per cent of the world’s oceans at 6000 m or shallower, Macdonald said deep trenches have totally different ecosystems, morphology and geology to the rest of the sea.

“Even though they only represent two per cent of the world’s oceans, they represent a very big portion of what we don’t know about, and ecosystems that have been unexplored,” he said.

“It’s just so inaccessible and it’s so prohibitively expensive that it’s taken a long, long time to do this.”

At the bottom of the Mariana Trench, Macdonald said the hours go fast.

“Once you get on the seafloor, it’s like time just accelerates by about 50,” Macdonald said.

“You spend three or four hours on the bottom, and it just disappears so quickly.”

Only once Macdonald drops the weights to return to the surface does he start to relax.

“The dive’s over and then all of a sudden you realise you’ve been up since 4.30 in the morning and haven’t eaten or drunk anything for nine hours,” he said.

It’s a little under four hours back to the surface, and up to an hour to attach the tow line and get the pilots back on deck.

The team then does a post-dive wash, turns off all the equipment and records any maintenance required.

“It’s a bit weird to spend nearly 36 hours in darkness,” Macdonald said. “You almost get a bit jet lagged because your body doesn’t really know what to do.”

“We’re kind of getting used to it now,” he said.

“It’s pretty crazy to think that two years ago, there’d only been two dives ever to full ocean depth.

“We just did three full ocean depth dives in three days. We’re all pretty tired … but we’ve got an absolutely amazing team.” 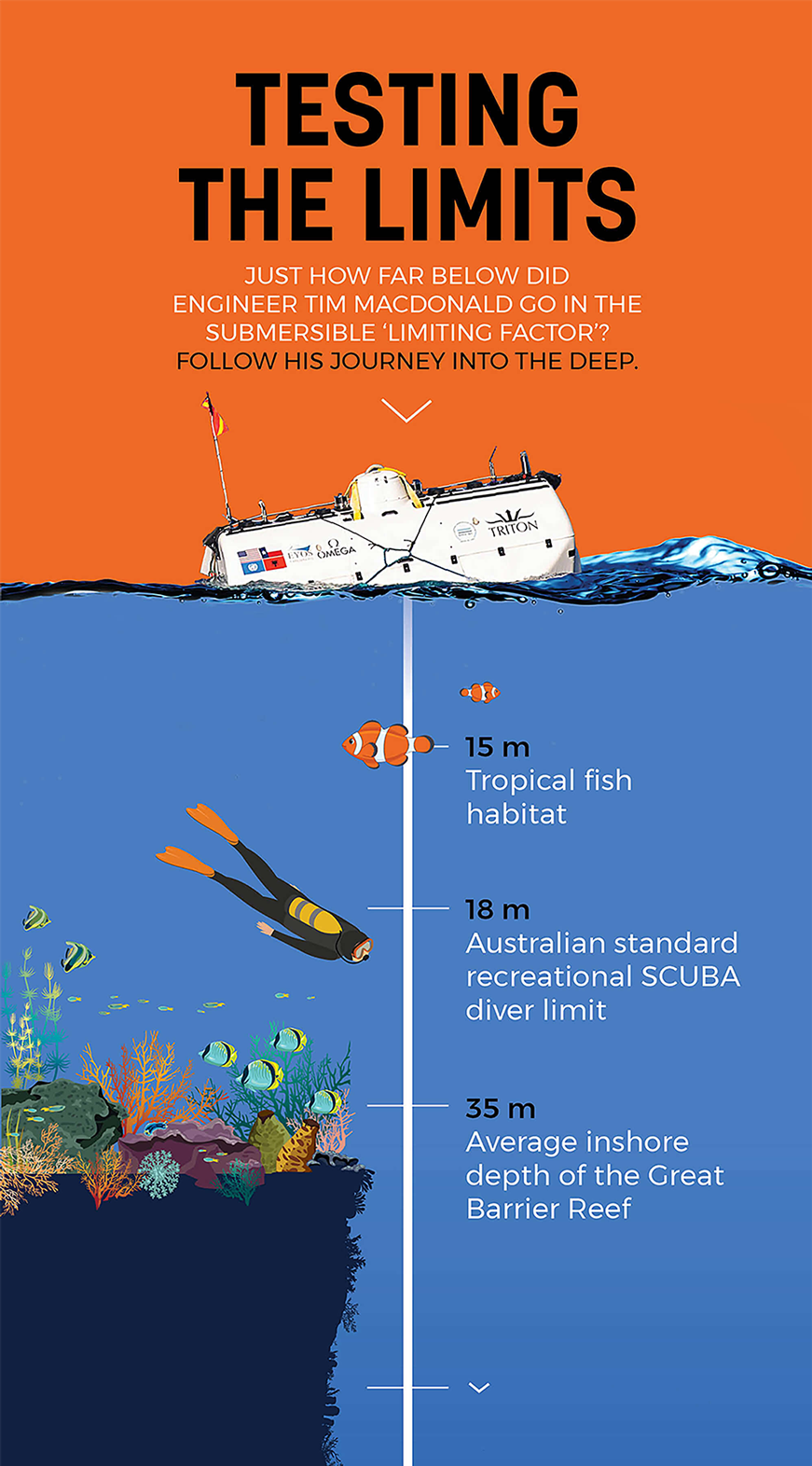 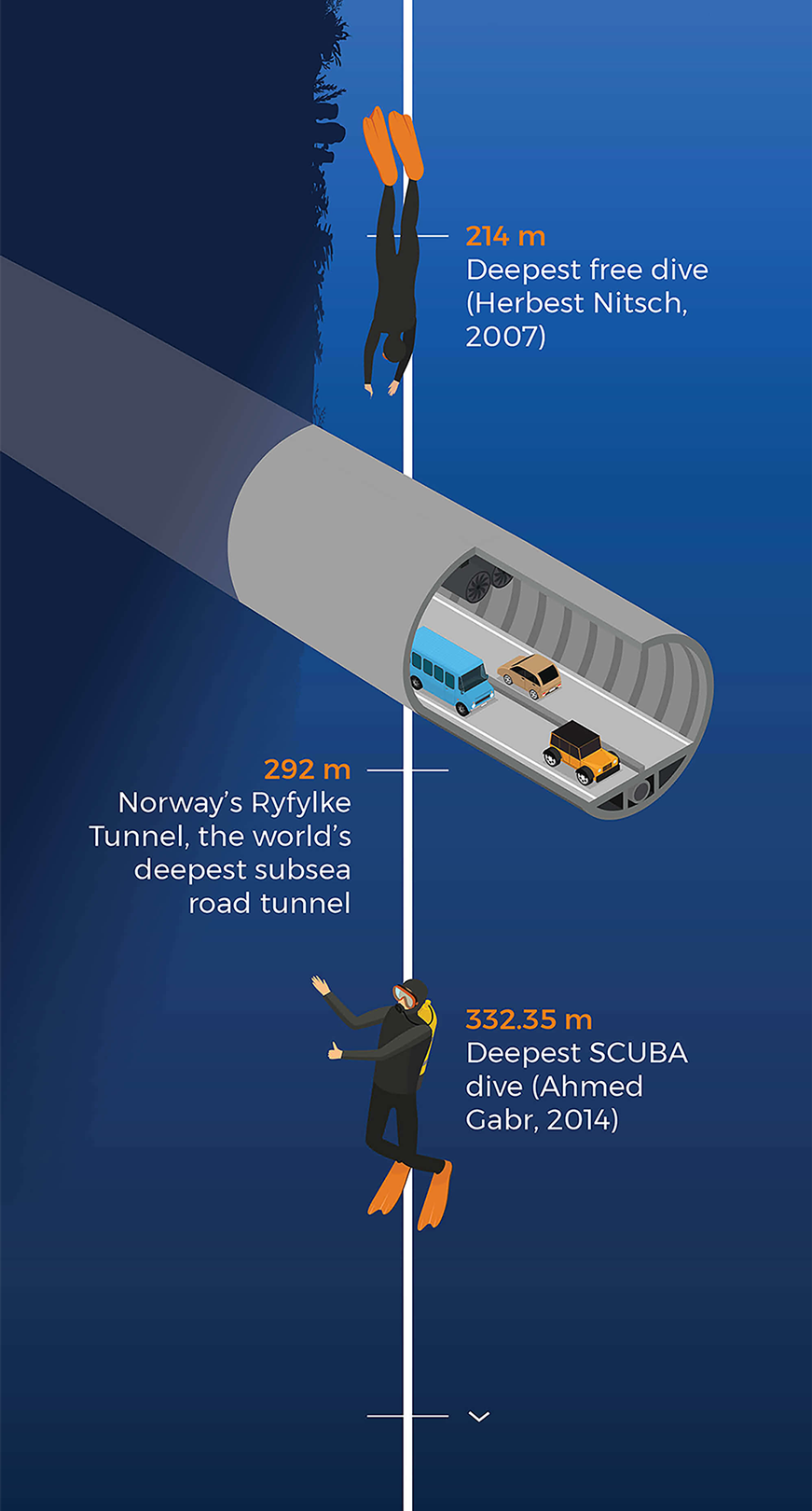 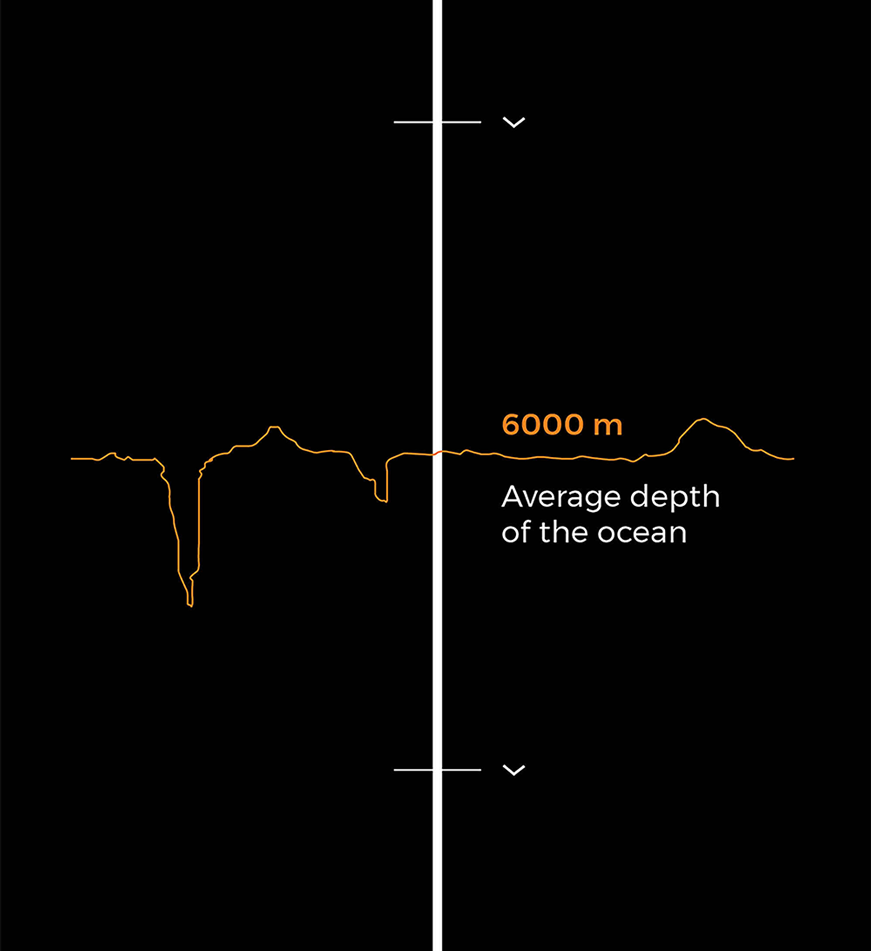 Three award-winning buildings that use biomimicry

CSIRO’s chief forecaster on the ‘megatrends’ shaping our future

CSIRO’s chief forecaster on the ‘megatrends’ shaping our future