In the lead up to UNESCO’s World Engineering Day for Sustainable Development (4 March), create is presenting a series of discussions with experts, revealing the evidence — including major innovations and projects, challenges and solutions, opportunities and risks — that proves engineers in Australia are leading the way to a better future. Find all create’s WED22 content here.

The downside of renewable energy, in solar and wind at least, is that when the sun is not shining or the wind is not blowing, nothing is produced.

The most common solution to this problem has been battery storage, whether connected to walls of houses or securing entire sectors of the grid, such as Victoria’s giant, 450 MWh lithium-ion battery energy storage system, known as “BESS”.

However, in the coming decades Australia will require a mix of durations of storage, says Steve Wilson, a Technical Director in Aurecon’s energy business.

“Big batteries offer between one and two hours of storage,” said Wilson, also a Battery Storage Capability Lead at Aurecon.

“The critical role they play is around grid stabilisation, such as frequency control to help maintain the security of the system. 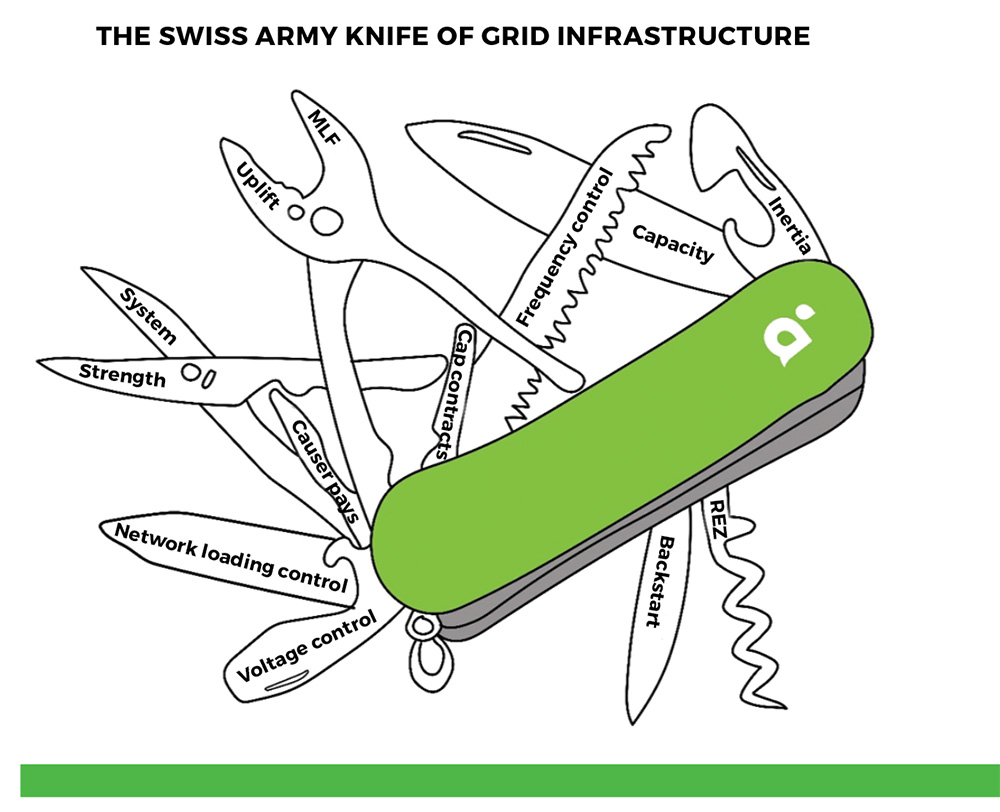 Several technologies are vying to be included in this mix, Wilson said.

“Looking at the commerciality of lithium-ion over time and how its cost is projected to come down, we expect batteries to be very competitive through a combination of utility scale, residential scale and vehicle-to-grid EVs.

“Another option is pumped hydro. Snowy 2.0 is a flagship project and others are under development. In future, as we need longer-duration storage, that’s when pumped hydro will make more commercial sense.”

Then there’s the current research into concentrated solar thermal, which stores energy as heat in molten salts.

How much storage will Australia require in a mostly renewable energy environment? That depends on the renewables mix. But a recent AEMO report, Wilson said, forecasts by 2050 a need for 45 GW and 620 GWh of storage.

“That’s an enormous amount of energy storage,” he said.

“Some of that will need to be very long duration, which may not be utilised day-by-day when there’s plentiful wind and solar. That’s when we’ll rely on medium-duration storage to do the energy shifting to meet supply and demand.”

How engineers will enable net-zero emissions