This world-first drone is a fuel triple threat

Australian researchers are claiming a world first with the successful test flight of a drone powered by a triple hybrid propulsion system – hydrogen fuel cell, battery and supercapacitor.

The tests are the culmination of two years of work developing the drone, with the team initially starting out with test flights using batteries to provide an initial benchmark.

They then moved into integrating the fuel cell into the vehicle before adding the triple hybrid into the system, where fuel cells are combined with batteries and supercapacitors.

During development, one of the key aspects has been what to do about hydrogen storage. 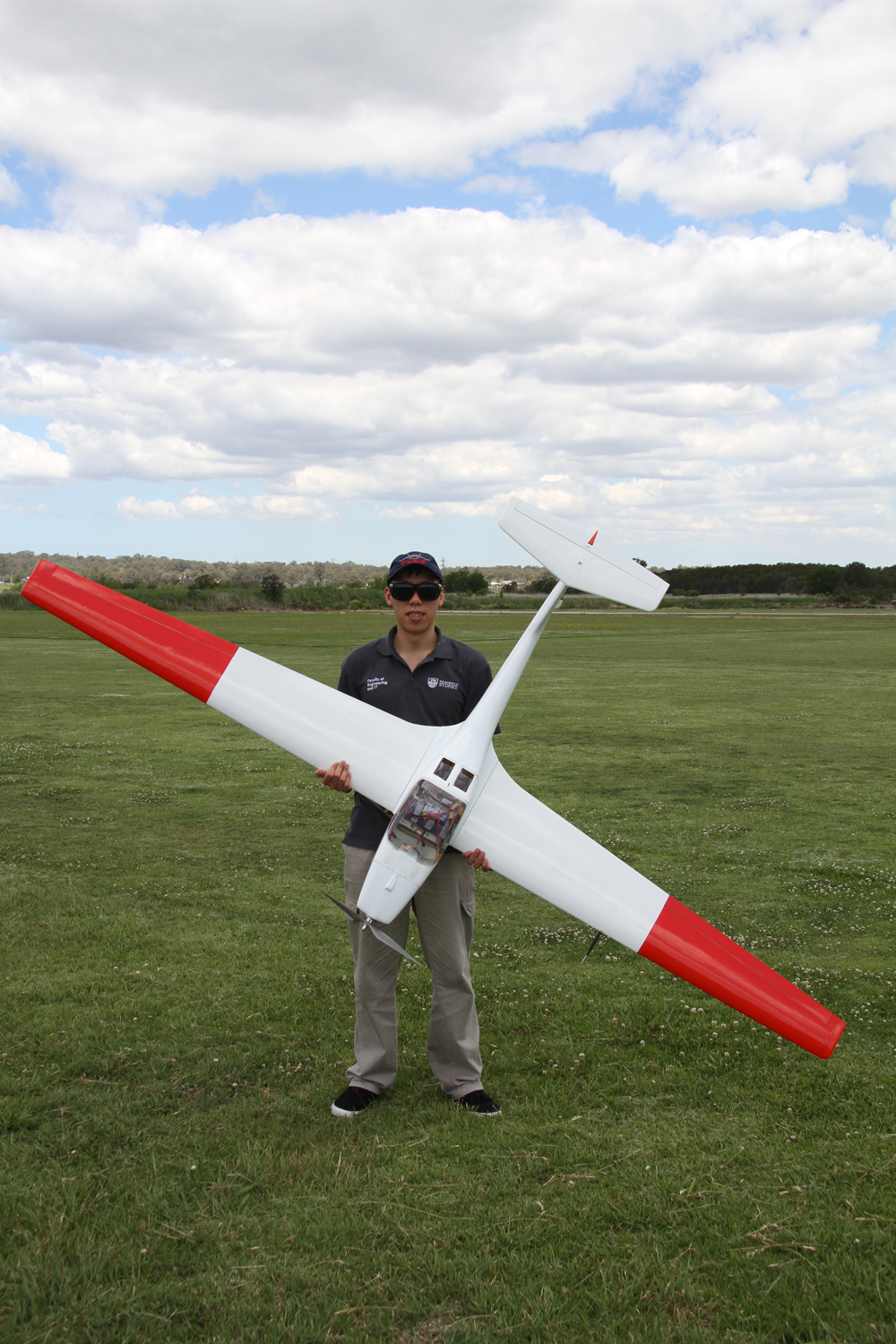 “We actually lacked some of that infrastructure to refuel high-pressure hydrogen tanks safely, compared to the US and Europe,” Gong said.

“So we had to switch to a slightly different hydrogen storage method.”

The storage method the team eventually used is a metal hydride system, which Gong said reduces the pressure that’s required to store a certain level of hydrogen. But the trade-off is that it’s heavier than conventional compressed gas cylinders – the team is storing 8 g of hydrogen in the 1.1 kg hydrogen storage system.

This compares to a compressed tank that Gong said has about five to 10 times the weight of hydrogen that can be stored.

“That limits the endurance that we can test here, but it’s a relatively simple system that we can use to prove our triple hybrid system, and we can switch to a compressed tank when that becomes available,” Gong said.

Gong initially carried out four test flights using a hydrogen fuel cell/battery combination at the end of last year, and followed by two test flights with the triple hybrid system to measure performance in different conditions. During the first test using the triple hybrid system the team held a relatively constant speed to measure how it performed under certain conditions, such as cruising at a constant speed and altitude.

In the second test flight with this system, they carried out more manoeuvres such as descending, turns and climbs to get a better idea of the dynamic performance – the team found that the hybrid system did the most work during throttle changes.

“We did see the supercapacitor doing what was intended and actually providing boost power as well as significant load smoothing to the fuel cell, which was what we were aiming for,” Gong said.

Due to the unpredictable nature of weather, the team has encountered challenges in windy weather, when the drone experienced rough landings on some test flights.

“I guess that’s just the nature of flight testing and hardware – sometimes things go wrong, but you learn from those mistakes and then you build on them and you improve the system,” Gong said.

Gong said hydrogen provides greater range and endurance compared to existing small electric drones, which could help in applications where extended inspections are required such as surveying large agricultural properties or inspecting pipelines and other infrastructure.

It could also be used for situational awareness where vehicles need to be over a particular area for an extended period of time, and also has potential for underwater applications.

But Gong said it’s not being more widely utilised in Australia for several reasons.

The technology is still relatively new here, which means limited access to fuel cells and refuelling. The cost factor is also a significant challenge.

Gong added it’s a chicken and egg problem at the moment, with everyone waiting for the other person to get the ball rolling.

“But I think if we get either some government initiatives or possibly if the public pushes a little bit harder, we might see some of these [things] start to flow through a little bit quicker.”