Green engineering is showing how new kinds of raw materials could power the world.

Petroleum producers aren’t usually the people we turn to in order to learn about cutting-edge circular economy practices, but Finnish petroleum producer Neste is trying to change the way we think about fuel.

Andreas Rey, Australian sustainability manager for Neste, told create that ‘green engineering’ has turned the company from a regional oil refiner to a global leader in renewable fuels.

“Our renewable fuels are drop-in replacements for fossil diesel, which can be used without any modifications of the vehicle engines,” he said.

Rey said that the firm’s proprietary technology, NEXBTL, is a next generation method of converting biomass to liquid.

“Our renewable fuels are drop-in replacement of fossil diesel, which can be used without any modifications of the vehicle engines.”
Andreas Rey

The production process consists of pretreatment followed by the actual refining into the end product.

“Renewable waste and residues, such as used cooking oil, contain impurities that are removed in the pre-treatment units,” he said.

Because of the diverse types and varying quality of the raw materials used, the pre-treatment stage can be challenging.

“Once the raw materials have been treated, they are directed to the NEXBTL unit, where a catalytic process called hydrodeoxygenation removes oxygen atoms from the renewable raw materials. With the help of hydrogen, this creates pure hydrocarbons similar in chemical composition to conventional products from fossil resources with a high energy density,” Rey said.

“The hydrocarbons produced are further isomerized to tune the properties of Neste’s renewable and circular products.”

Rey added that the production process is highly efficient and generates little waste.

“CO2 released from our production process at our Singapore refinery can be recovered for commercial use by other companies,” he said.

“Wastewater is also treated to remove hydrogen sulphide and purified at the wastewater treatment unit before being released back into the environment.”

Rey believes that there is space in the local market to source waste and residue raw material — but Australia needs to overcome its reliance on fossil fuels.

“Traditionally, Australia has relied on industries such as mining, gas and oils to satisfy national energy needs as well being a key element of industry exports.” he said. 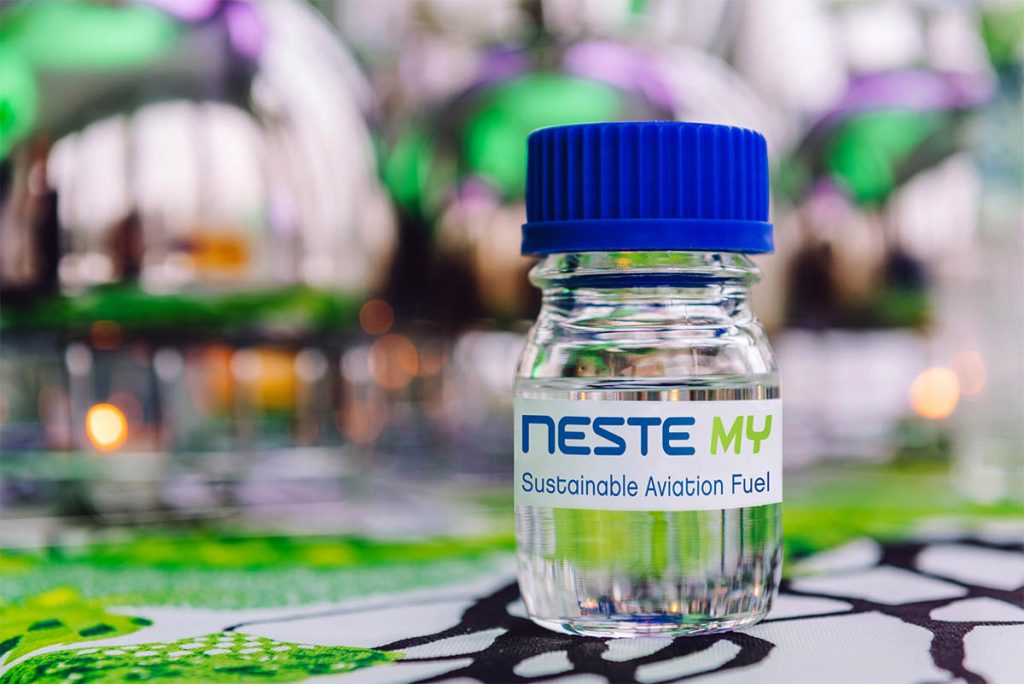 “This goes along with traditional government policies that support these industries, including the known federal fossil fuel subsidies and tax breaks.”

In order for bioenergy products to succeed, Rey said, Australia needs the right government policies and support in place such as the European Union Renewable Energy Directive (RED) and the California Low Carbon Fuel Standard.

“With the change of leadership into the hands of the Labor Party in Australia, there is a positive trend that the government supports the legislation of biofuels,” he said.

“We welcome such positive change, and are willing to share our lessons learned and thought leadership with the Australian government via our membership of Bioenergy Australia.”

The firm is continuing to look at new methods to power the circular economy.

“In the course of the trial runs, Neste has been able to upgrade liquefied waste plastic to drop-in solutions for plastic production and develop industrial scale capabilities to upgrade recycled feedstocks.”

Investing in renewable and circular technologies is paramount, but Rey said that they cannot combat climate change alone.

“This year, we also announced a new solution, a co-processed maritime solution that is refined at our Porvoo refinery,” he said.

The resulting product can be used in maritime fleets without any modifications, and has a similar composition to conventional bunker fuels.

Like some of its sister products, the marine fuel can reduce greenhouse gas emissions by up to 80 percent compared to conventional fossil fuels.

While that product was pioneered in Europe, Rey said that the firm is continuing to grow its Australian operations and look for opportunities down under.

“We’re actively discussing with our local partners to introduce our renewable and circular solutions to the Australian market,” he said.

Rey will be presenting on the topic of current sustainable solutions in transport at the upcoming Climate Smart Engineering conference from 22-23 November. He will focus on sustainable aviation fuel, the engineering and science behind it and the business case for it.

Reserve your place at the Climate Smart Engineering now.

How can we retain engineers in the profession?

How can we retain engineers in the profession?