Thanks to some smart tech, native animals are having an easier time surviving alongside humans.

Three of Australia’s most iconic animals are under threat, and conservationists are turning to technology to protect them.

Koala numbers are in serious decline, mainly due to deforestation. Tasmanian devils, already under threat from a horrific disease, are being killed by vehicles on Tasmanian roads.

And the platypus is suffering, experts suspect, from human impact on the natural waterways in which they live.

Modern-day Australia is a harsh place for the country’s native wildlife.

When dams and reservoirs are built and forests cleared, water levels can drop below the three-metre depth the platypus needs to forage.

The banks in which the animal burrows become less stable and more sediment gets into the water, which is bad for the macro-invertebrates that platypuses eat.

Devils are known to use roads to move around their territory, and to scavenge for dead animal carcasses. Dark-furred and small, they are unlikely to be visible to drivers on dark country roads until it’s too late. 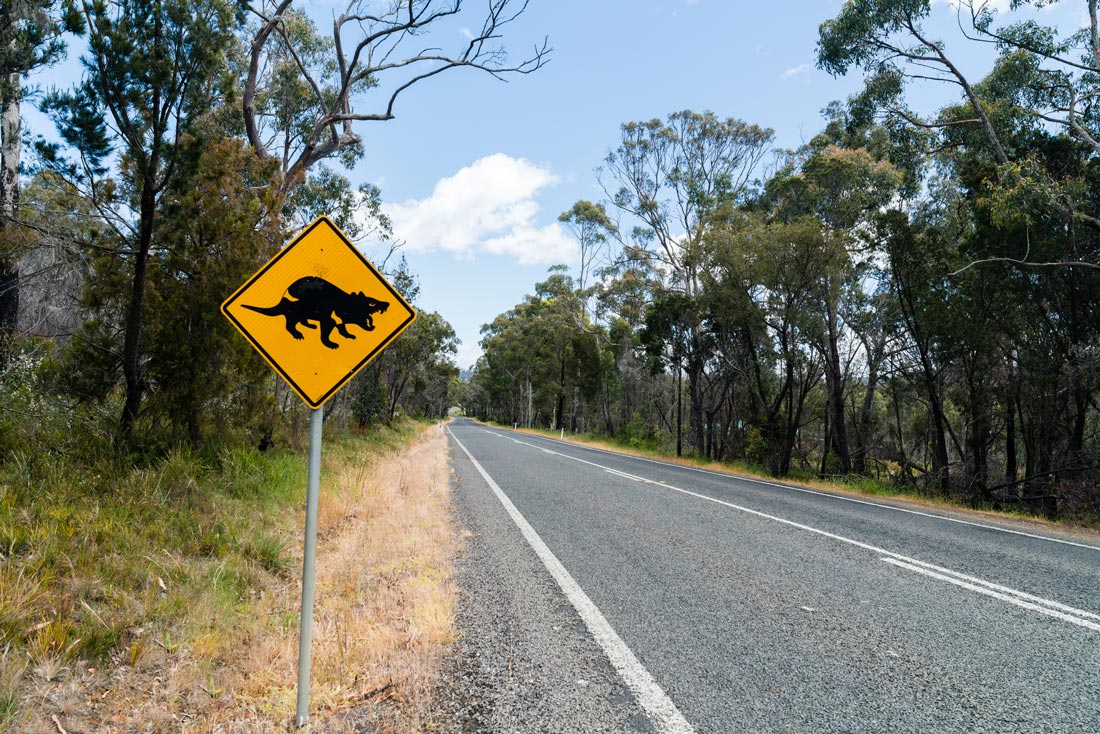 Koalas, once abundant in Australia, but now dispersed, need large areas of forest to find food and mates. When forests are cut down, small local populations are easily isolated from one another.

To convince policy-makers to pass legislation that protects these animals, conservationists have to prove that numbers have declined to the point where their continued existence is under threat.

To provide this information, conservationists have to actually find the animals — which in the waterways, treetops and on the forest floors where they live is not easy.

For this reason, researchers from the Queensland University of Technology are using drones containing heat-seeking sensors to locate koalas in the forests around Brisbane.

The information collected by the camera is fed into an algorithm, which works out whether the animal giving off the heat signature is a koala or some other animal.

In Victoria, the Hazelwood Forestry Company also uses drones with thermal cameras to check out the forest for koalas before trees are felled.

When a koala is found, the company relocates it under a government permit.

Griffiths, who is working with the University of Melbourne and San Diego Zoo Global on this project, explains that such a sample might only contain a tiny trace of platypus DNA, but also genetic evidence of lots of other animal species.

“We might get up to 30 million readings in one sample, so we have to be able to cross-reference what is what by comparing it to a database of DNA profiles,” he said.

“We use a MiSeq sequencing machine that sorts through the DNA traces, and quantitative polymerase chain reaction technology to amplify the tiny samples so we can detect them.”

From this, Griffiths also hopes to monitor five threatened species of Australian fish and find out what is going on with carp and trout.

“These invasive species affect the environment for native species like platypus, as they eat many of the same organisms,” he said.

Speak of the devil

Roads are a killer for any animal, from moths to kangaroos.

But according to conservationist Sam Fox, for Tasmanian devils, just a few road deaths could threaten entire local populations.

In the past 20 years, Tasmanian devil numbers have been decimated by Devil Facial Tumour Disease, a genetic and contagious cancer affecting only this animal.

Fox, who works for the Tasmanian Government’s Save the Tasmanian Devil Program (STDP), said, “If a small population affected by the disease loses a couple of breeding females to vehicle hits, the loss can have a significant impact on the animal’s continued chances of survival locally”.

In the north-west corner of the island, STDP is working with a company called Wildlife Safety Solutions, a company that designs posts containing optical sensors, on a project that the conservationists hope will save devils, as well as many other animals, from being killed on Tasmanian roads.

“When a car comes past, at night with its headlights on, the sensor picks up a sudden increase in light from a car headlight and triggers an alarm, which then emits a sound and a blue and yellow strobe-type LED light,” said engineer Jack Swanepoel, the CEO of Wildlife Safety Solutions.

Swanepoel said that any animal nearby will be alerted and look up from what it’s doing in time to avoid the car.

“Ordinarily, by the time they hear the car, the animal is startled and it’s too late,” he said.

Swanepoel is currently trialling his virtual fences elsewhere in Australia.

Queensland University of Technology is hoping to raise enough money to send drones into other parts of Australia to look for koalas.

And the ultimate goal for Griffiths is that authorities will think more carefully about the environmental impact of what is being built and the practices they use.

So that’s road systems with wildlife crossings. Reservoirs and dams that don’t interrupt the natural flow of the water systems and the movement and interaction of the animals within them.

“We don’t want to be sitting here in 50 years wondering what had happened to Australia’s most iconic animals.”

This article originally appeared as “Gone wild” in the April 2019 issue of create magazine.