Engineer Anastasia Volkova is getting the agtech industry airborne

Australia’s well-established agricultural reputation and strong trade relationships with emerging markets puts it in the box seat to help feed the world with the help of agtech entrepreneurs like Anastasia Volkova.

To make a meaningful difference in the world, Anastasia Volkova knew she’d have to get her hands dirty. Now she’s doing it in more ways than one as co-founder and CEO of agtech startup FluroSat.

The company’s data-driven crop management tool uses hyperspectral cameras attached to drones and satellite platforms to assess the health and potential of crops, helping farmers to save on fertiliser, increase their yields and reduce the amount of nitrogen that flows from their land into surrounding waterways.

Australia’s $60 billion agricultural industry is tipped to almost double in size within 15 years thanks to the country’s burgeoning agtech sector. Global demand for food is predicted to increase by anywhere between 59 per cent and 98 per cent by 2050, in line with population growth and rising incomes in developing nations.

Agtech entrepreneurs like Volkova are capitalising on Australia’s strong agricultural industry and trade relationships to make the country the breadbasket of the world.

So how did a Ukraine-born aeronautical engineer come to be tromping across the wheat and cotton fields of Narrabri in pursuit of an agtech idea?

It all began in a classroom at the University of Sydney, where Volkova began studying her PhD in autonomous drone navigation in 2015. While completing the university’s ‘Inventing the Future’ course, she was given the challenge of developing a nanosatellite solution that would somehow benefit rural communities. Within months, FluroSat was born.

“I saw an opportunity to get into this space and while many others are also getting into it, I believe we are taking it in a direction where it can be much more meaningful by improving the farmers’ bottom line,” said Volkova, who was recently awarded the Amelia Earhart Fellowship for her commitment to advancing aerospace engineering.

“I don’t want to be just another data source.”

It was this desire to make a difference that steered Volkova towards a career in engineering.

“I’m very practical and I’ve always wanted to build things that are applicable in the real world,” she said.

“I pondered [a career in] international relations at one point, but I didn’t think it would satisfy me in terms of the change and impact I wanted to make. Engineering has a much greater potential for realising or prototyping your ideas. This is what made it so appealing and so tangible at the same time.”

After completing her master’s in Poland, Volkova got her first taste of the startup world when she co-founded a web-development business, but she said she soon realised that something was missing.

“I wasn’t able to extract something meaningful out of my many years of fascination with aeronautics,” she said.

“There’s nothing like stress-testing turbine blades. I was lucky during my master’s to complete a workshop at Airbus and play with a brand new A380 [aircraft]. Aerospace is a great industry and I wanted to maximise my impact.”

From idea to execution

FluroSat now has 12 commercial clients across five Australian states and claims its remote sensing technology and analysis tools can increase yields by 10 to 25 per cent while reducing fertiliser usage by up to 30 per cent and water usage by 25 per cent. However, converting Volkova’s idea into a viable business has taken much work and dedication.

Just like an X-ray of the human body, FluroSat’s technology takes snapshots of crop yields to see what lies underneath. Its drones and satellites collect different ‘signatures’ in the soil by taking photographs in various spectral ranges that can identify signs of stress.

A traditional spectrum analysis method or a machine-learning approach identifies which signatures are connected to which disease or deficiency in the crops.

FluroSat’s images are available for clients via a web platform. A dark patch on an image might indicate a waterlogged crop, for example. Or a bright patch might suggest that a crop has insufficient nitrogen.

The infrared imaging is also predictive because the camera can see nutrient deficiencies in plants a week earlier than a farmer would, allowing them to take action before damage becomes irreversible.

Throughout the six-month prototyping phase, Volkova spoke to farmers and agronomists and immersed herself in the agricultural industry.

“We were building a product to solve a problem, but we had to make sure that we really understood what the problem was,” she said.

Brooke Sauer, Digital Ag Manager at McGregor Gourlay, a commercial partner and early investor in FluroSat, describes the company’s support tools as a potential “game-changer” for the future of agriculture.

“We’ve had multiple trial site sampling with FluroSat in both wheat and barley during winter and cotton during summer,” she said.

“When it is robust enough, I think its potential is really significant. At the moment, it’s mostly centred around efficient nitrogen management for crops, and this is what people are really seeking because there is so much wasted use of nitrogen and so much ends up where it’s not supposed to be. The FluroSat technology is going to help us put nitrogen in the places where we’re going to get more bang for our buck.”

From the very beginning, Volkova knew her idea could create significant cost reductions in cropping industries. She also knew she’d need money to make it happen. Fortunately, others have also recognised the potential of her idea.

Shortly after her idea was sparked, Volkova joined Telstra’s startup accelerator muru-D and GrowLab, the agtech commercialisation program at Cicada Innovations, to help with her business model.

“It’s important for engineers to be exposed to the business side of the equation,” she said.

“You need to understand what is sellable because nobody cares what you’re building if they don’t see how it can solve their problem.”

“If you’re raising [funds] from somewhere as recognised as the CSIRO Innovation Fund, you need to make sure your idea and your approach is scientifically viable and something that CSIRO can support,” she said.

“For us, it was a strategic move to tap into some of the best brain trusts out there in the industry.”

Throughout the process, Volkova said investors ask questions that entrepreneurs should have already asked themselves. Is it a scalable market? Who are the early adopters? Where is the potential for growth?

“I’m a big believer in turning experiences into learning,” she said.

“I’d recommend that young entrepreneurs start pitching their idea as soon as possible so they can start refining it. You can argue that pitching is a scary process, but the next step requires you to be even stronger. I’ve found that you climb one step and find there’s another one that’s even higher.”

George Peppou, program director and startup mentor at GrowLab, believes Volkova is up for the challenge. He assisted her with financial modelling and the preparation for FluroSat’s successful funding round and said GrowLab plans to work with FluroSat over the long term to provide guidance and mentorship.

“She has a clear vision of where she wants to take the business and she’s so driven that we know she’ll get there. This makes FluroSat a very exciting business for us to work with. There are some excellent subjective and objective markers of success around Anastasia and the team she’s building.”

The next challenge Volkova must overcome is finding and recruiting a strong team to help propel the business forward. FluroSat currently employs 12 people and Volkova said good candidates are thin on the ground.

“They exist, but so many people are not refining their engineering skills,” she said.

“As a growing company, we’re struggling to get the right people onboard who are open to change and fast growth because a startup grows faster than most people can imagine.” 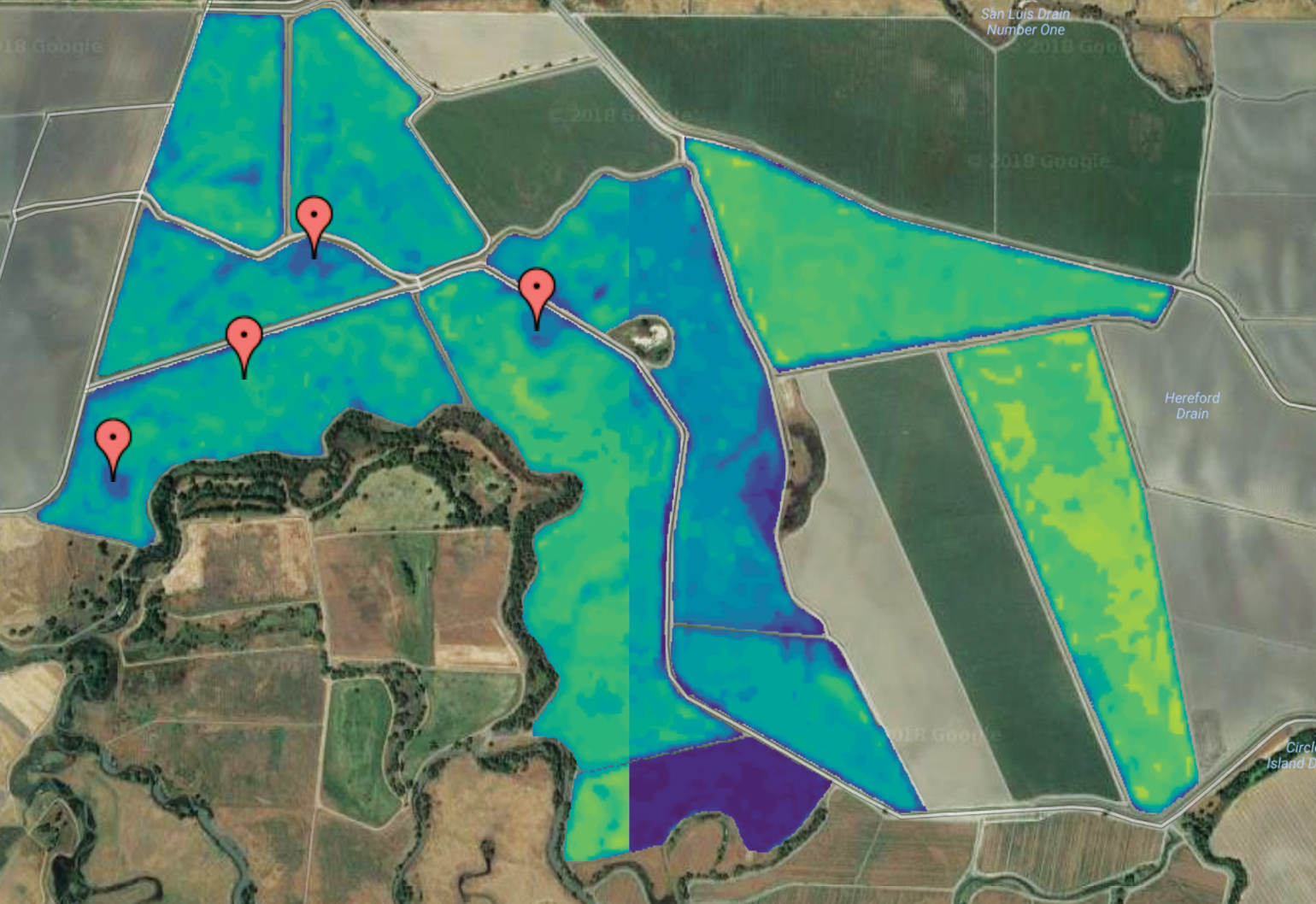 Volkova’s current goal is to have FluroSat’s first commercial product accessible from anywhere on Earth.

“We believe that with the system we’re using, it is possible,” she said.

“We want to build in a scalable way and to prove that it’s meaningful for the market and for the environment and for the future of growing food.”

FluroSat is now working on trials around cropping inputs in California.

“We think we’re almost at the point of opening commercial products in Australia to a wider market and we want to make sure it’s also compatible and meaningful in America,” Volkova said.

“We’re excited by the opportunities that are in front of us. From our perspective, it’s a limitless market.”

Life at the intersection of engineering and politics

Semitransparent solar cells could be a boon for building energy efficiency

Semitransparent solar cells could be a boon for building energy efficiency