The founder and CEO of BlueChilli, Australia’s largest startup accelerator, has landed on the perfect recipe for entrepreneurial success.

For an engineer in the business of fostering innovation, Sebastien Eckersley-Maslin is rather bored by the word.

The founder and CEO of BlueChilli, Australia’s largest startup accelerator, believes innovation has become a buzzword both overused and abused.

“Despite BlueChilli’s best efforts in putting it into a box and trying to sell that, it’s an intangible thing. I believe that innovation is not an input but an output, when you have the right mix of cultural elements, which include speed of execution, tolerance of failure and empowerment of people.”

These three elements have built the foundation of BlueChilli, which Eckersley-Maslin founded in 2012 with the aim of launching 100 startups in five years. 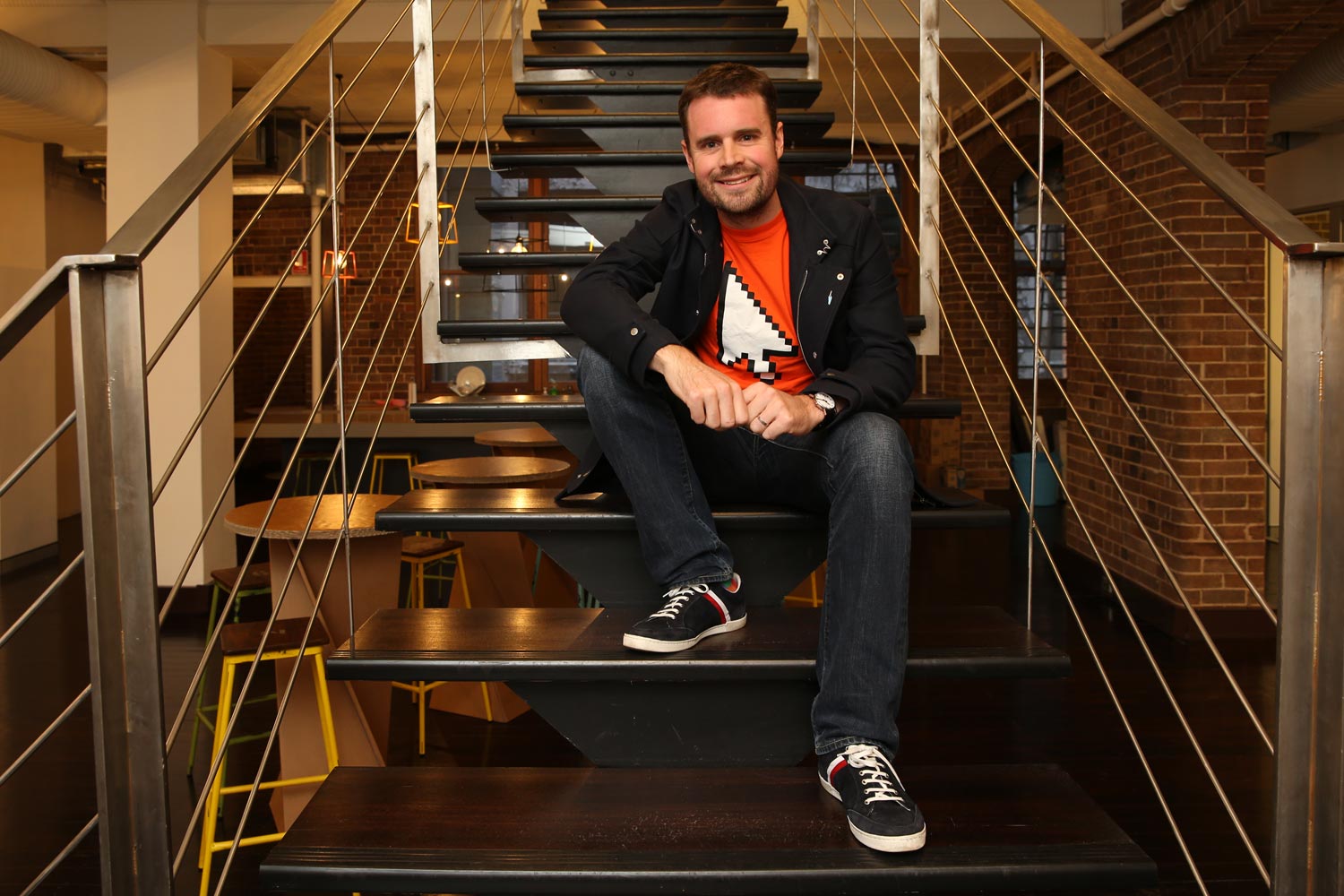 BlueChilli now has a portfolio value of $800 million and its team of 50 employees looks set to expand, with the recent announcement of its $162-million global partnership with Singapore-based venture firm Hatcher+.

“With that contract in place, we now have the ability to set up and establish BlueChilli in other countries,” Eckersley-Maslin said.

It was a simple model: go to the beach, find the sunbathers and charge them 50 cents for a squirt of sunscreen.

“I didn’t want to be a sunscreen mogul; it was just that I saw a need and a demand and thought, ‘I’m just going to do this’,” he said.

“I had a little micro-business where I’d go to the tip shop, buy broken amplifiers and radios, fix them, and sell them at a reasonable profit,” he said.

“My interest in engineering and electronics was developed fairly early on.”

With the aim of developing this interest, Eckersley-Maslin enrolled in the Australian Defence Force Academy in Canberra under a scholarship from the University of New South Wales, where he studied electronics engineering.

He credits this experience with fostering his engineering skills, entrepreneurial nous and appetite for risk.

“The military, particularly in engineering circles, has a healthy association with risk,” he said.

“You’re conducting a risk assessment against every single decision. What is the best and the safest way for me to accomplish that task or mission or purpose?”

During his decade with the Navy, Eckersley-Maslin launched and sold an SMS ‘any question answered’ service called 199QUERY. In 2009, he left the military to start interactive digital signage company Crystal Display, where he worked for two years.

His idea for BlueChilli was formed when he saw that many entrepreneurs have domain expertise in their chosen industry but lack the ability to code or build their products.

“I realised that there was this opportunity to apply my skills and interest, which is the application of technology to business ideas, to support amazing entrepreneurs who have deep subject matter expertise,” he said.

“I created this business model where we would invest in those people and provide the technology framework to help them realise the first one or two versions of their product or technology. I didn’t want to do what [other accelerator programs] were doing, which was to focus on the tech entrepreneurs and then surround them with business knowledge. I was trying to flip that investment paradigm.” 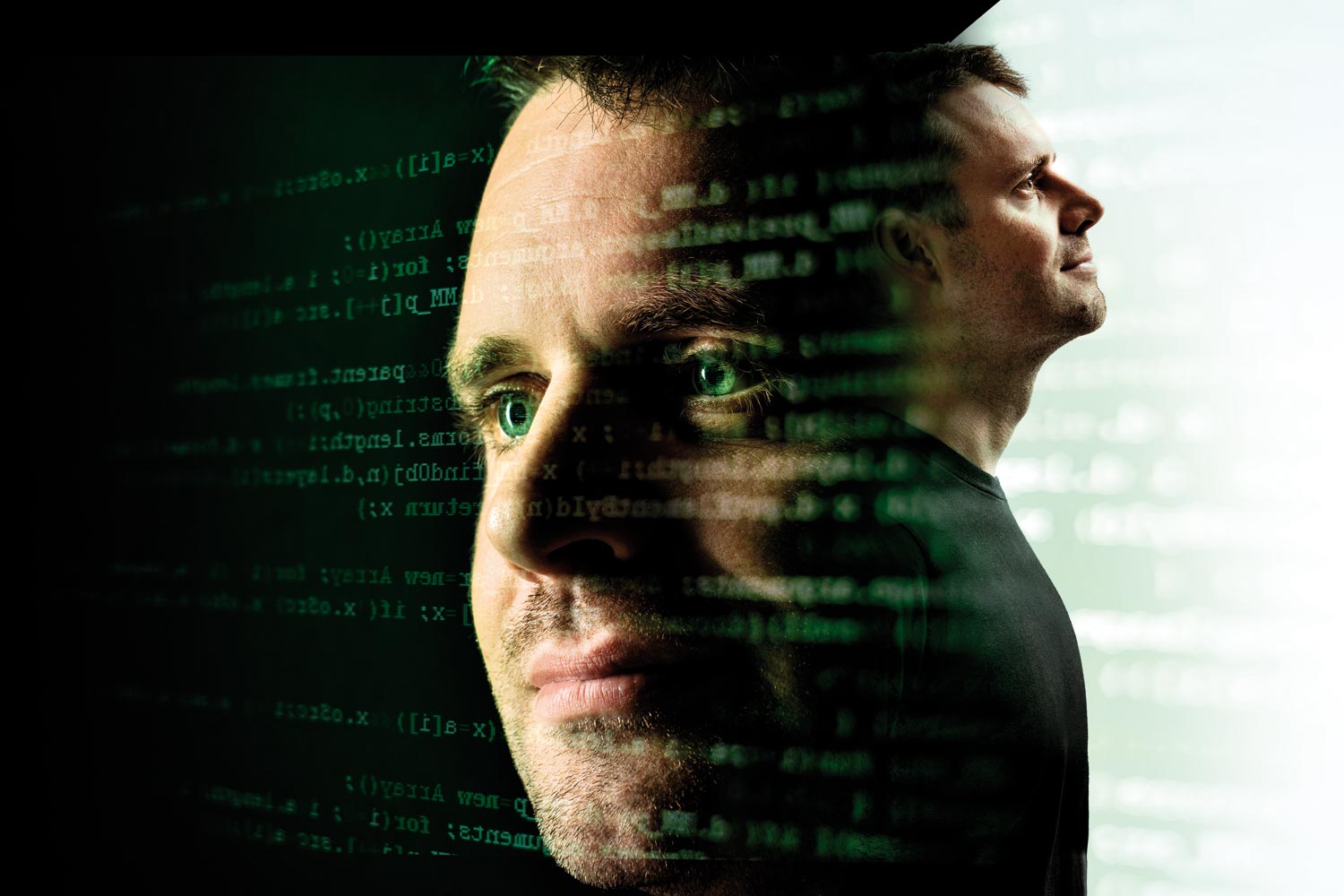 It took six months for Eckersley-Maslin to develop his business model, which he said has changed six times in six years.

“We’re true to learning and testing new things and sometimes we get it wrong,” he said.

“The key thing about tolerating failure is the lessons that you learn when you stuff something up. If you keep failing at the same thing and not learning from it, that in itself is the wrong kind of failure.”

“I had a successful exit under my belt and a run on the board, so it was a little bit easier for me [to raise capital].”

If you want to raise seed funding for your next big idea, you’ll need to drink a lot of coffee. In fact, BlueChilli founder Sebastien Eckersley-Maslin said the process generally involves 100 cups. 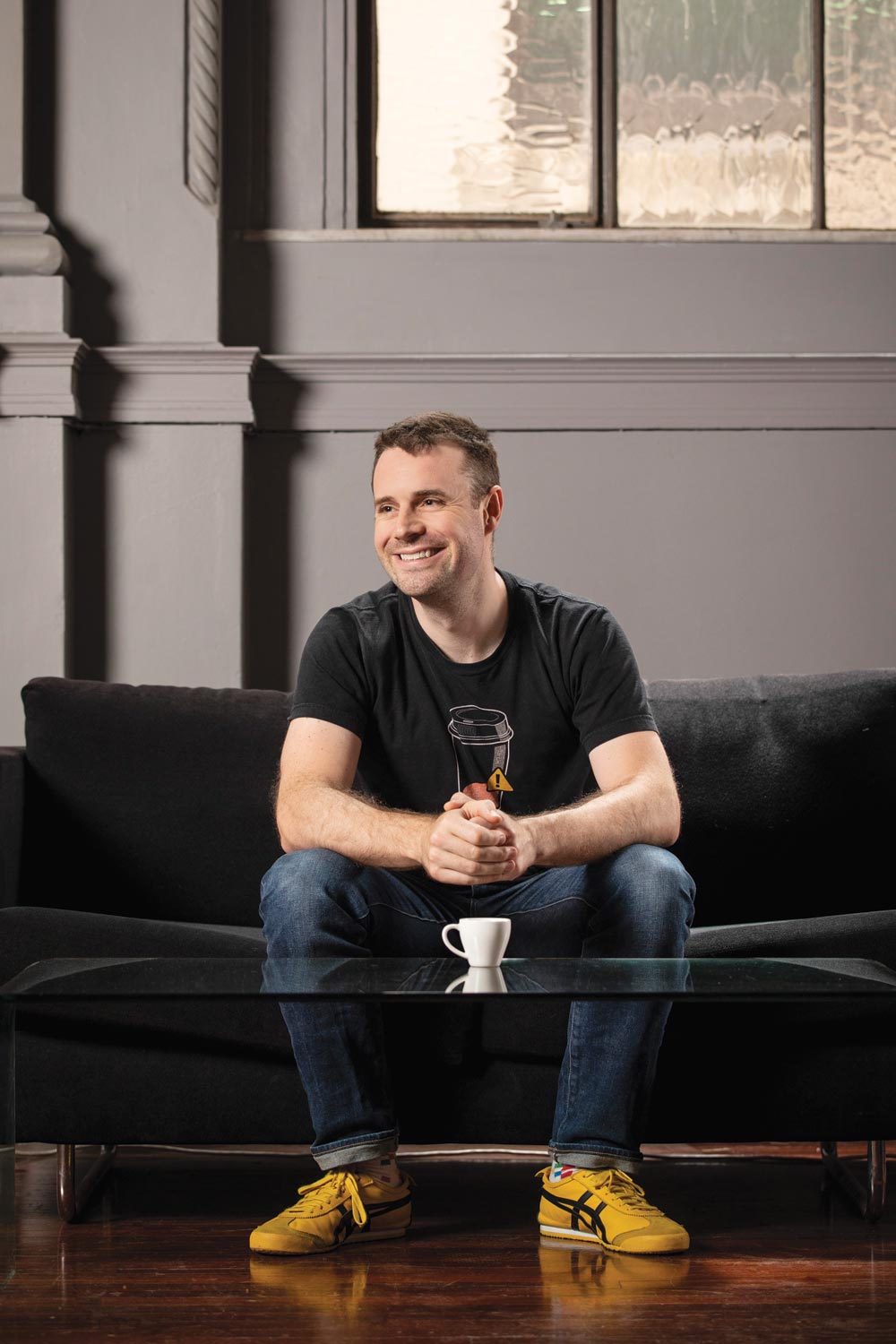 “It’s a long process and you’ll have about 100 meetings with people and some will eventually fall in love with your passion and your commitment and your idea and will invest in your business.”

It requires a lot of practice.

“You have to convince an investor that the money they’re investing is going to return them 10, 20, 30 times more in the long term,” he added.

“It comes through charisma, an understanding of an industry, having some unique intellectual property or connection or technology that no one else does, and being able to seize a particular industry segment that no one else has. That’s how you win investors over. There’s no secret sauce.”

Rising to the challenge

BlueChilli’s current business model is based on providing each startup with an initial investment of $38,000 and an engineering team to build a minimum viable product in exchange for 15 per cent equity in the business.

Its range of accelerator programs focus on specific industry challenges. These include CityConnect, Australia’s first accelerator program for smart city ideas, and SheStarts, which aims to improve female participation and leadership in the startup economy.

“The type of people who are pitching ideas to us aren’t constrained by software engineering, which has a very narrow focus of female participation,” Eckersley-Maslin said.

That’s a much broader issue and a challenge that we need to solve, but, because our unique model is to provide the technology for the ideas, we can support anyone, and that was the foundation for SheStarts.”

Nicola Hazel, SheStarts director and BlueChilli’s head of diversity, said Eckersley-Maslin has a “big vision” when it comes to the company’s impact.

“He’s most excited to work with people who want to do things differently in the world,” she said.

“As a result, he has attracted a phenomenal group of people to work alongside him in achieving that vision and creates opportunities for them to do their most passionate work and achieve real impact at BlueChilli.”

Eckersley-Maslin, Hazel added, walks the talk when it comes to gender diversity at BlueChilli.

“Last year we achieved gender parity across the startups we invested in and brought into the BlueChilli portfolio,” she said.

“We’re very proud of these results and we see every day why they are more than just statistics — they have made BlueChilli a better company.”

Passion will only take you so far in the startup world.

Over the time it has helped to build 125 startups, BlueChilli has received more than 12,000 pitches. Its selection process is geared toward mitigating what Eckersley-Maslin describes as the four risks of entrepreneurship: building the right product, raising capital, demonstrating a product market-fit, and recruiting and training the right talent.

“If we get four little ticks, we make an investment decision, but it’s generally about one per cent of the ideas that are pitched to us.”

While Eckersley-Maslin struggles to name a favourite BlueChilli startup, he said he particularly admires those that seamlessly blend the digital and physical worlds.

“I like the ones where the technology is transparent to the experience,” he said.

He cited the example of BindiMaps, a startup founded by 2019 Australian of the Year nominee Dr Anne Wright.

BindiMaps provides indoor navigation and guidance for people with vision impairment through a network of Bluetooth beacons, a sophisticated mapping and route-guidance system, and smartphone sensors.

Its mobile app employs a simple, natural-language audio system to describe where users are, what’s around them and the best way to get to their chosen destination.

“We built a prototype for this business and were able to get UTS and a few large corporates as trial partners,” Eckersley-Maslin said.

“It’s a good success story for us.”

In 2016, 187 Australians were killed and almost 105,000 were seriously injured as a result of a workplace incident. BlueChilli start-up The Safety Compass aims to significantly reduce those numbers.

The Safety Compass, founded in 2015 by Adam Poole, is a mobile app that uses augmented reality to help workers assess, manage and avoid dangers in their workplace.

It accesses a worker’s physical location and adapts and compensates for their field of vision by delivering vital information on present dangers to their phone.

Poole was completing his master’s in occupational health and safety when he pitched his idea in a Shark Tank-style competition at the University of Wollongong.

He received $5000 to build a prototype and was introduced to BlueChilli through the accelerator’s [email protected] program.

“The great thing about them is they take on non-tech founders, and I had no coding or development skills. They helped me with everything from choosing branding colours to developing elevator pitches and a business model. I’m sure there are a lot of engineers out there with brilliant ideas but they’re not sure how to commercialise them. That’s where places like BlueChilli come in.”

The Safety Compass won the Patron’s Award and the Good Design Selection Award at the 2016 Australian Good Design Awards. Poole said it is currently involved in a number of pilots.

“There’s often a long road to sales, as you need to prove your work,” he said.

Such success stories are a long time in the making. Eckersley-Maslin said entrepreneurs should not be deterred by early failure.

“The good thing about that is you’re able to learn from where you get it wrong very quickly and adapt. We don’t often know if our start-ups will be a success until they’ve had time to grow themselves.”

This article originally appeared as “Kickstarter” in the April 2019 issue of create magazine.

How Chartered status is helping engineers at AGL build their careers

How Chartered status is helping engineers at AGL build their careers