“It’s no silver bullet”: Experts warn of major shortcomings in the NEG

The National Energy Guarantee (NEG) is not going to solve all the problems with Australia’s power system, according to Mark Lendich, Chair of Engineers Australia’s Electrical College.

“It’s not the ‘silver bullet’ some commentators have made it out to be,” he said.

The Council of Australian Governments (COAG) Energy Council gave the Energy Security Board (ESB) an amber light to further develop the policy back in April.

Lendich said the NEG’s focus is on power reliability, or filling the forecast gap between power supply and demand, rather than electrical energy security.

“Other technical issues around security – [keeping the] power system stable and the lights on when there are disturbances – are not addressed,” Lendich explained.

Many recommendations of the Finkel Review around maintaining the energy security of Australia’s power grid, the National Electricity Market (NEM), are being addressed through regulations and reviews outside the NEG, Lendich said.

Some of these initiatives were discussed in the annual Health of the NEM Report, first released in December last year. But there is no clear ‘mud map’ of how these initiatives link together and relate to the NEG, which makes it hard to see the big picture of how electrical energy security will be achieved.

“If they are done in silos, how are they all pulled together?” Lendich said.

Another issue flagged in the Engineers Australia submission is that the NEG design document does not have a method to define dispatchable power, which is available to meet a peak in demand before it is needed. Rather, retailers determine which sources were dispatchable by self-assessment after the event.

“It’s all too late if the lights have already gone out. Forecasting and setting things up should be done in advance,” Lendich said.

Traditionally, dispatchable or baseload power has been provided by coal-fired power stations, which provide a constant level of supply, with peak demand being met by gas-fired ‘peaker’ supply, which can ramp up quickly when demand is high.

In the transition to a low-carbon economy, new dispatchable technologies are coming online – such as Elon Musk’s 100 MW battery in South Australia.

Marija Petkovic, managing director at Energy Synapse, said the move to a more renewable and distributed system is fundamentally changing business models in the electricity grid.

“What is needed is highly flexible and fast responding power. This can come from a variety of sources such as gas, hydro, energy storage and demand response. However, coal is not one of them,” Petkovic said. 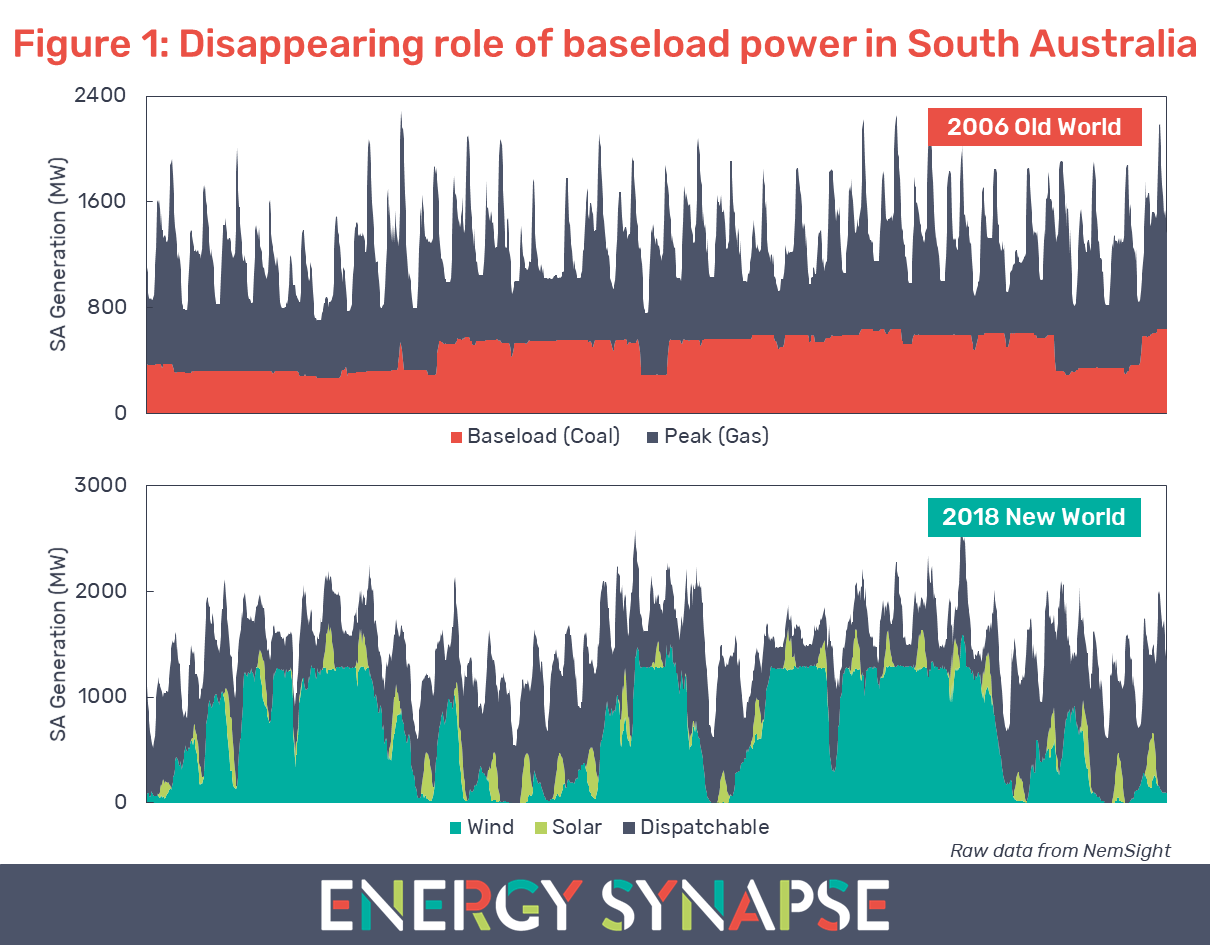 Demand response – managed through contracts with power users who agree to reduce or remove their demand in the event of a forecast supply shortage – is also set to play an increasing role in stabilising the grid as the level of variable renewables increases.

“Demand response is also often a much cheaper option than building a new power station that might only be used a handful of times per year. Furthermore, there is a lack of competition in the NEM. The extra injection of competition from demand response will be a welcome outcome for consumers,“ Petkovic said.

Another concern raised in Engineers Australia’s submission is that the NEG’s low emissions reduction target of 26 per cent – which is not in addition to existing state emissions targets – will threaten renewable energy projects already in the pipeline.

It will also fail to provide an incentive for new projects after 2021, when the emissions target is likely to be met if the Victorian Renewable Energy Target is counted towards the national total.

Lara Harland, Deputy Chair of Engineers Australia’s Environmental College, said there is no question that with zero or very low net marginal cost of renewables, the future of the electricity sector will be in renewable energy.

“The collapse of the renewable sector in Australia now would put Australian engineers behind on the world stage, instead of providing them with the opportunities of being world leaders,” she said.

“The easiest method of reducing emissions is through power, so we should concentrate on that as much as possible,” Posselt said.

“Not the be-all and end-all”

Engineers Australia plans to stay engaged with the ESB regarding the concerns raised in the submission, although COAG’s acceptance of the NEG is not certain. The ACT has warned that conservative Coalition members’ push for additional coal-fired power could affect its support for the policy.

As a minimum, Lendich recommends the NEG is revised to include a provision to incorporate network solutions such as reconfiguring existing networks to increase capacity or building new interconnectors; and an ‘ex-ante’ means of defining dispatchable resources based on forecast demand.

He also stressed the need for measures outside the NEG to ensure the nation’s electrical energy security. In particular, he mentioned the need for the ESB to map the relationship of all energy security and reliability reviews, and for all market operators and large consumers to acknowledge and have access to power engineering expertise.

“The NEG is not the be-all and end-all,” Lendich said.