John Bradfield tipping his hat from a walkway on the newly constructed Sydney Harbour Bridge.

The New South Wales government announced this week that Sydney’s ‘third city’ will be named Bradfield, after the renowned engineer. create looks at the man responsible for some of the city’s most iconic infrastructure.

Bradfield was chosen for the city near the new Western Sydney International Airport after community consultation, and is a name that “conjures up so much about city building,” explained Premier Gladys Berejiklian.

John Bradfield’s career included, but is not limited to, leading engineering on the harbour city’s iconic bridge and its city railway network.

His vision is sometimes cited by politicians hoping to position their side as his heir. In a piece for the Daily Telegraph, federal MP for the seat of Bradfield Paul Fletcher cited the engineer’s “remarkably forward-looking” analysis in a 1917 paper predicting Sydney’s population would nearly triple by 1950 to more than 2.2 million. This was used in Bradfield’s day as an argument for suburban electrified trains as a way to open up new land for development.

“At the time this seemed extraordinary; in fact Bradfield was not far wrong … with Sydney’s population approaching 5 million, we can recognise his wisdom,” Fletcher wrote in 2014.

Admirers of Bradfield cite how well his projects have held up over many decades as evidence of his success. 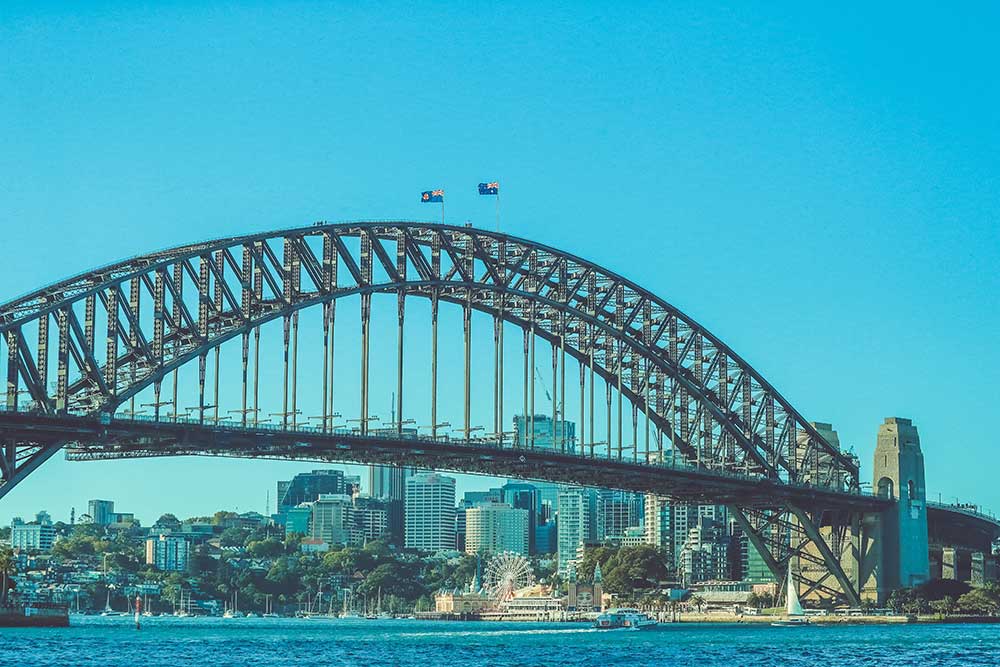 Born in Queensland, Bradfield finished high school as dux of Ipswich Grammar. He began his engineering studies at the University of Sydney, completing his degree in 1889 with a University Gold Medal. He then moved to Brisbane to work as a railway draftsman, moved back to Sydney after being retrenched, and started at the NSW Department of Public Works in 1893.

He continued academic advancement as he helped advance the city, eventually earning the first doctorate of science in engineering at the University of Sydney in 1924 with a dissertation on The city and suburban electric railways and the Sydney Harbour Bridge.

But a bridge linking the south and north of Sydney had fascinated him long before that, with his biography noting a 1903 address he made as President of Sydney University’s Engineering Society (which he founded) on a competition to design a bridge crossing the harbour.

He would continue making the case for the bridge, including to a NSW Parliamentary Joint Standing Committee on Public Works in 1912.

It was a different era, and Bradfield’s ‘community engagement’ was a little different to the way it would be approached today.

“He didn’t have a Facebook or Twitter account or television or really radio, even,” Bill Phippen FIEAust, a member of Engineers Australia’s Heritage Committee in Sydney and the author of Muscle of Man and Horse: Building the Railway under Sydney 1916–32, told create.

“He sort of sold the project to the population so that they demanded that the government build it. It wasn’t just a matter of, ‘well, you know, I’m the engineer. I’ll turn up for work and design a railway or design a bridge if I’m paid to’.”

The Australian Dictionary of Biography entry for the civil engineer, which notes his humour, pragmatism and occasional grandiosity, explains: “Bradfield maintained — apparently without reprimand from government — an extraordinary barrage of articles and public addresses advocating his plan.”

In 1916, a bill to support construction of the bridge passed the NSW lower but not upper house, due to scarce funding in wartime. The Sydney Harbour Bridge Act passed in 1922, with construction running from 1925 to 1932. Bradfield retired the year after it opened, job done after roughly three decades of pursuit.

A legacy of excellence

During his time at the Department of Public Works, Bradfield’s projects included the Cataract and Burrinjuck dams.

After his nominal retirement, he moved back to Queensland. He formed a consultancy and in 1934 he worked on the engineering design, fabrication and construction of Brisbane’s Story Bridge.

An example of his influence late into his career is recalled in Engineers Australia’s centenary book, Anything is Possible: 100 Australian Engineering Leaders.

The Hawkesbury River railway bridge was failing, and in 1939 Bradfield was invited to investigate, exploring a shaft mined into the rotted concrete.

“Such was the respect in which he was held, his immediate report to the Government resulted, only three days later, in the decision to replace the whole bridge,” the book reads.

Phippen describes Bradfield’s career as diverse, including contributions to the committee choosing the site for Australia’s new capital, re-arrangement of the city street system to better accommodate road traffic, the formation of Engineers Australia in 1919, and a holistic design of Sydney’s public transport system.

“[This] included the total city — railways to all the then populated areas — and also the design of the carriages, the stations, the pedestrian access to the stations,” Phippen explained.

“The plans are more than lines on a map, as they include details such as the number of trains per hour on each sector, and thus a coherent model of how it might have worked.”

“The fact that the Sydney Harbour Bridge and the city rail network have coped with phenomenal growth over all the decades since the mid-30s and are now only reaching capacity — that’s really due to his design foresight,” Howard added.

Jessica Kahl is dreaming big to promote diversity in engineering

Jessica Kahl is dreaming big to promote diversity in engineering