The Navy is exploring additive manufacturing for its submarine repair

Some of the country’s leading defence specialists are adapting repair technologies to help the Australian Navy operate more effectively.

Lurking well below the ocean’s surface and hidden from view, submarines play an integral role in conflict zones around the world.

Unlike some highly visible branches of the military, the “Silent Service” thrives on its ability to avoid detection while carrying out a diverse range of missions, such as gathering intelligence and protecting shipping lanes and friendly ports around the world.

Closer to home, defence-focused engineers and additive manufacturing specialists are putting their heads together to find a new way of keeping Australia’s submarines running at peak performance.

Cold spray involves powder particles, typically between one and 50 μm in size, accelerated to 300-1200 m/s within an inert supersonic gas stream.

The powder impacts upon a substrate surface, such as a metal component or piece of infrastructure, then plastically deforms and bonds with the substrate.

Cold spray is not new. Since it was first introduced into Australia almost 20 years ago, the CSIRO has harnessed it with great success for rollers in the printing industry and to coat ship hulls to prevent marine biofouling, such as barnacles attaching to a hull.

As part of its work combating marine biofouling, the CSIRO has successfully used cold spray to embed copper particles into the surface of polymers, which have been applied to underwater autonomous vehicles, oceanography instruments, seismic survey equipment and aquaculture technology.

When it comes to repairing submarines, the team is confident cold spray can be used to repair corroded components such as hatches and valves — key components in making the submarine watertight.

ASC is the Australian prime contractor for the through-life support of the Collins Class fleet of submarines — currently about halfway through their service life and among the world’s most capable, large, conventionally powered submarines.

ASC Principal Engineer Mikael Johansson, who leads the ASC cold spray team, told create that cold spray has the potential to act in place of other less suitable repair technologies.

“Cold spray will not create any thermal defects that can occur with other methods of repair such as welding,” he said.

Johansson said the main focus for cold spray is to combat corrosion in valve fittings commonly found on the Collins class submarines that are made of nickel aluminium bronze.

“Some parts are made by original equipment manufacturers [OEM], but of the items under our control we can reclaim many of the corroded parts instead of getting new ones,” he said.

“The lead times for those massive pieces are at best six months, but sometimes one to two years, so it has an enormous impact, and is also very costly to source new equipment all the time when you could effectively repair the existing valve.”

Once proven, ASC would leverage the technology to further improve the availability of the Collins Class fleet.

Additive manufacturing specialists at CSIRO’s Lab22 research facility in Melbourne will harness their existing cold spray technology set-up to test the scenarios and conditions established by the research team.

CSIRO’s Team Leader for Deposition and Additive Structures Dr Peter King said with each new application of cold spray a number of variables need to be considered.

“Cold spray is a supersonic deposition process, so you are accelerating particles of metal powder — nickel, titanium, aluminium — up to supersonic velocities inside a jet, through a spray nozzle and onto a surface,” he said.

“You are accelerating particles of metal powder up to supersonic velocities inside a jet, through a spray nozzle and onto a surface.”
Dr Peter King

“With each new application, we do sophisticated fluid dynamic modelling to try and understand how the particles behave within the jet and how to get the particles to bond to the substrate and then try to understand the properties of the material after that.

“When we are working with industry — like we are in this project with the ASC — we will be relying on them to tell us whether the corrosion, mechanical property and adhesion testing we are doing in the lab are relevant to the service environment.”

Cold spray devices vary in size and quality, ranging from high pressure cold spray machines consisting of large control units and powder feeders mounted on a heavy robot, right down to handheld devices with a gun and a trigger mechanism. 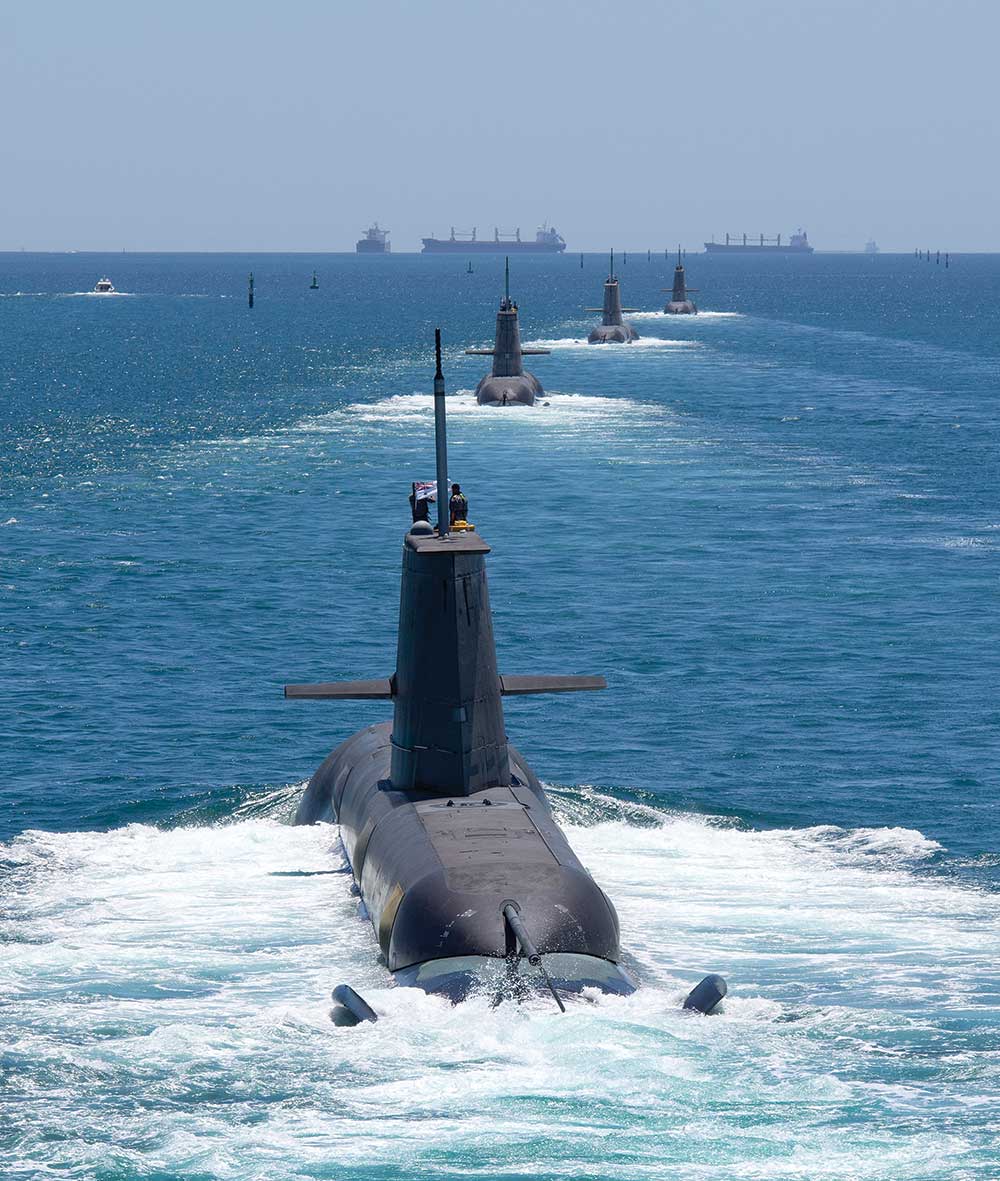 “It is preferable to avoid handheld cold spray devices, as you want to automate the process as much as you can for quality control purposes and to make sure you are getting consistent results,” King said.

For defence applications such as submarines, King says a very high quality cold spray deposit is required, consisting of a deposit of about 1–2 kg per hour for spot repairs.

While cold spray is commonly found in civilian industries, the DMTC is focusing on adapting the technology to be suitable in the very specific working requirements found in a Collins Class submarine.

DMTC Maritime Program Leader Associate Professor Stephen van Duin told create their focus will be on ensuring cold spray can work effectively and consistently outside of a laboratory setting.

“Defence technologies typically need to go through a much more rigorous testing process than civilian applications,” he said.

“This is because the stakes are so much higher in defence from both a safety and platform availability point of view, so introducing an inappropriate technology can be catastrophic.”

“You want to automate the process as much as you can for quality control purposes and to make sure you are getting consistent results.”
Dr Peter King

Over the next two years the engineers will work to ensure the technological process stands up to intense standards of repeatability and deployability and can be certified by the OEM and the RAN.

This includes ensuring consistency in the materials that Navy personnel may come across in the field and testing the cold spray technology parameters so that when the Navy applies the technology in the field it will get the same result every time.

Van Duin said a complicating factor to consider is that each defence platform is very different and the seaworthiness and accreditation process for a submarine is very different to, for instance, a surface ship.

“If things go wrong deep underwater, lives can be lost, so another level of safety factors is required,” he said.

“DMTC helps to alleviate these challenges so that Defence has access to these technologies, but also has the certainty that it will work first time every time in the field, and not just a research lab.”

As part of the project, the research team will shrink the cold spray technology so that it can be placed aboard submarines on active deployment and used in-situ when required.

While cold spray machines can vary in size, they are traditionally bulky, used in large industrial settings and not feasible in the confined setting of a submarine.

Traditionally, people are concerned with upscaling the technological process, but here the challenge is in dealing with miniaturising the technology, van Duin said. Some of these issues can be addressed simply with off-the-shelf equipment like smaller spray heads and smaller accompanying robotic equipment. 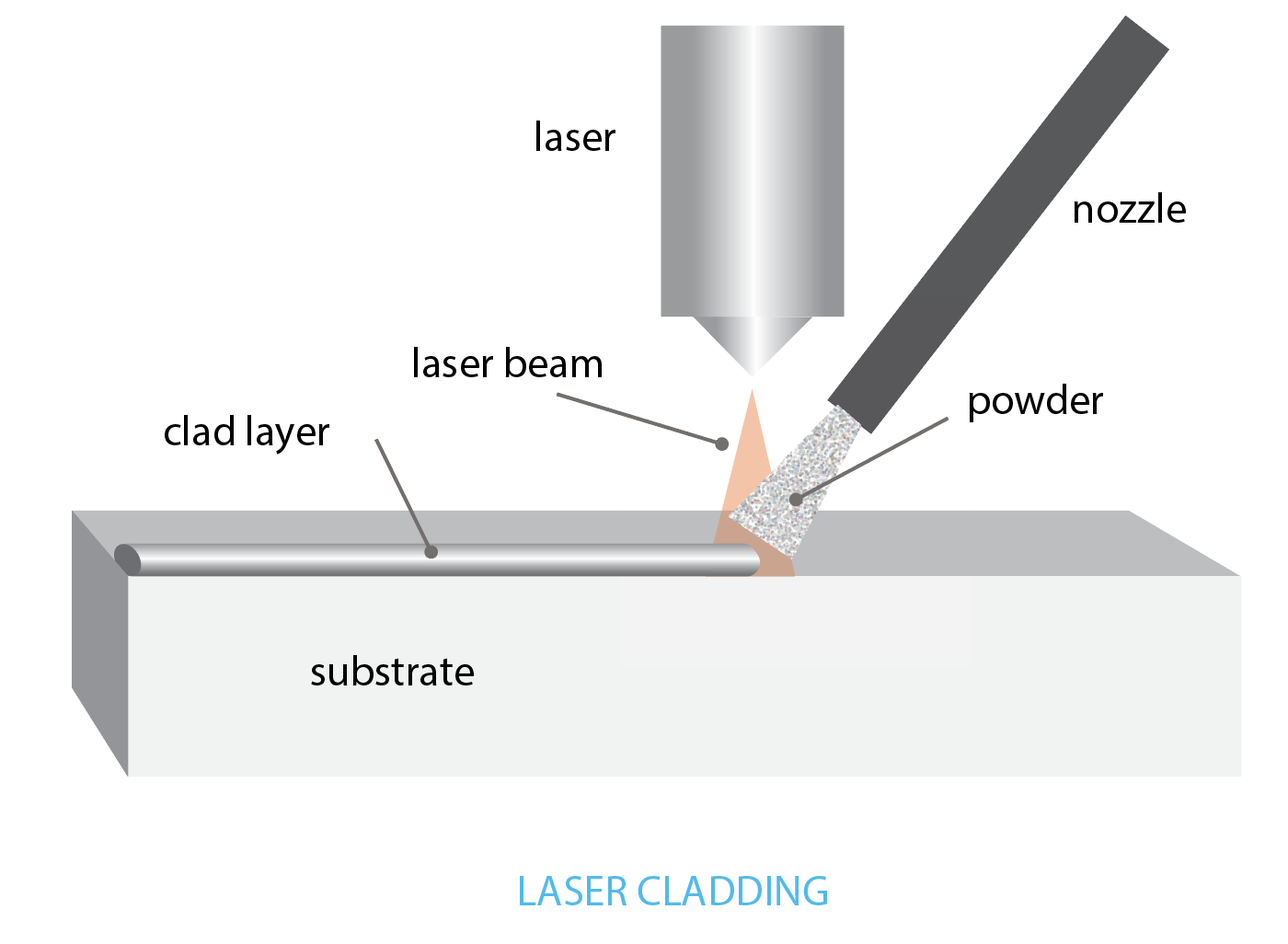 “But we have to answer the more complex questions of getting the services into the submarine, and how do you control the processes such as spray speed and deposition rate, which is done with computer equipment,” he said.

“But once you shrink the entire system down sufficiently, we must also ascertain whether the work has affected the cold spray process itself, and would Navy personnel in the field be getting the same result as what we get in the lab.”

When the cold spray technology is ready for implementation, it will form part of the maintenance program for the Collins Class fleet, which will remain in service well into the 2040s.

The Australian Government’s widely publicised Attack class submarines will begin to enter service from the mid-2030s.

How this engineer is building a bridge between science and industry