Candice Lam uses stories from her engineering career to encourage women and girls to follow in her footsteps. She shared her journey so far with create.

Candice Lam’s fascination with engineering and technology started early — inspired by wild-and-wacky spy accessories in the Inspector Gadget cartoons she watched as a child.

While she hasn’t made telescopic robot limbs or a helicopter hat (yet), Lam has carved out a successful career in engineering, with experience spanning mining, subsea oil and gas control systems, technical training and technology resource management.

She is also a strong advocate for increasing the proportion of women in the profession, and was recognised in this year’s Women’s Agenda Leadership Awards as the 2019 Emerging Leader in Tech. In their comments, the judges said Lam demonstrated exceptional commitment to disrupting the industry, and encouraging and supporting women to enter and stay in engineering.

Like fellow engineer Felicity Furey, Lam believes sharing stories about her career can help break down gender stereotypes in the profession.

She told create that one of her greatest career highlights so far was working as a subsea controls engineer in offshore oil and gas installations, where she got to ride in helicopters and work on commissioning projects around the world.

But in the early part of her career, Lam faced the challenge of gender bias. For example, one manager offered a large role in an expansion project to a new male graduate in preference to her — even though she was already working on the project.

“He just didn’t think that women should be in mining,” she said, adding that she left that employer so that she could continue to progress professionally.

Currently, Lam works as a technology resource management partner at BHP. She also serves as an industry mentor with the Queensland Resources Council and is the Chairperson for the University of Queensland Women in Engineering Alumni Ambassador Council.

Lam said her personal challenge today is to share her stories and those of other female engineers to make sure that people who come into engineering now don’t carry on past biases against women.

It takes a village

Lam said other people’s values and opinions can influence the course of young women’s careers.

“When you’re in your early career days, you’re making decisions without a lot of touch points,” she said, explaining that this might be why some women can be swayed by biased opinions to leave the engineering profession.

She added that parents and teachers have a direct impact on young women’s career choices. When Lam studied engineering in high school, her teacher was supportive of her aspirations.

“It was wonderful to have an enthusiastic and inclusive teacher back me in those early stages,” she said, but added that an unsupportive teacher just would have made her more stubborn about becoming an engineer.

However, Lam’s parents did influence her study path. Her dad – who started out as a diesel fitter and turner – encouraged her to become a stockbroker. This led Lam to switch from robotics engineering to a double degree in computer systems engineering and commerce.

Lam said it is important for girls and young women to hear stories from a broad range of sources to help them make an informed decision about whether engineering is for them. In particular, female engineers who are further along in their careers can act as role models, as Lam did for her younger sister, who became a civil engineer. 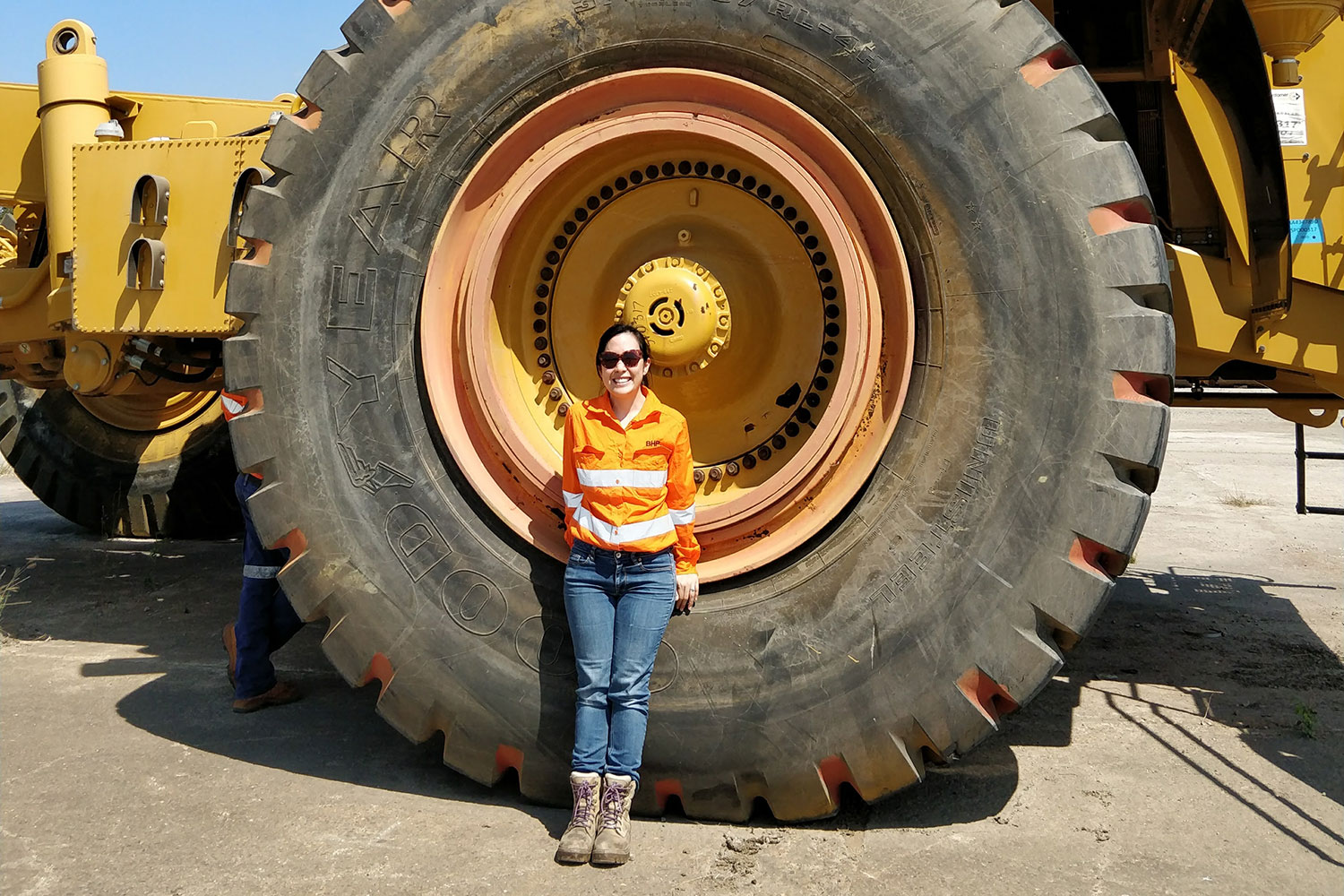 A career for life?

Women leave the engineering profession at a greater rate than their male colleagues. Lam said a belief that being an engineer is core to who you are is something that could keep women in the profession longer.

In the final year of her double degree, Lam went part time to see whether she was more invested in engineering or commerce. She took on an assistant accounting job, which was enjoyable, but didn’t light a spark for her.

“I knew after my 12 months with the [fuel] company that I really wanted to be an engineer,” she said.

Because of her strong engineering identity, Lam knew she would return to the profession after starting a family. To help this go smoothly, she trained her team to cover her role while she was on maternity leave. When her children were babies, she moved into a more flexible part-time technical training position, with a gradual transition back to full-time work.

Lam understands that not all women (or men) will stay in engineering. But she said they can still contribute to the profession by applying their engineering skills in other roles.

“Engineering is one of those careers that can lead you anywhere,” she said, adding that her current role is in project management rather than engineering design.

And Lam believes women who have moved on from engineering can still act as role models for future generations.

“It’s the mixed combination of life-stories that help shake perceptions, and redefine what an engineer is and can be,” she said.