Meet the engineer behind the Netflix show ‘Baking Impossible’

Aerospace engineer, baker, presenter and producer: that’s all in a day’s work for Andrew Smyth.

After appearing on the popular reality television show The Great British Bake Off, the Rolls-Royce engineer combined his passions into ‘bakineering’ — and now has his own Netflix show.

Think gingerbread skyscrapers that can survive earthquakes, and edible robots capable of navigating a candy-covered obstacle course while carrying an ooey-gooey dessert inside, and you have Baking Impossible, Smyth’s new series.

The competition sees top bakers and engineers team up to build edible creations that must taste delicious and survive intense engineering stress tests to win.

Smyth sat down with create to talk about the joy of merging his passions.

“It feels absolutely incredible. Baking Impossible is the dream project for me and I still can’t quite believe that it’s real,” he said.

“I was always a very curious child, constantly asking my teachers ‘why’, which I’m sure a lot of engineers can relate to.” 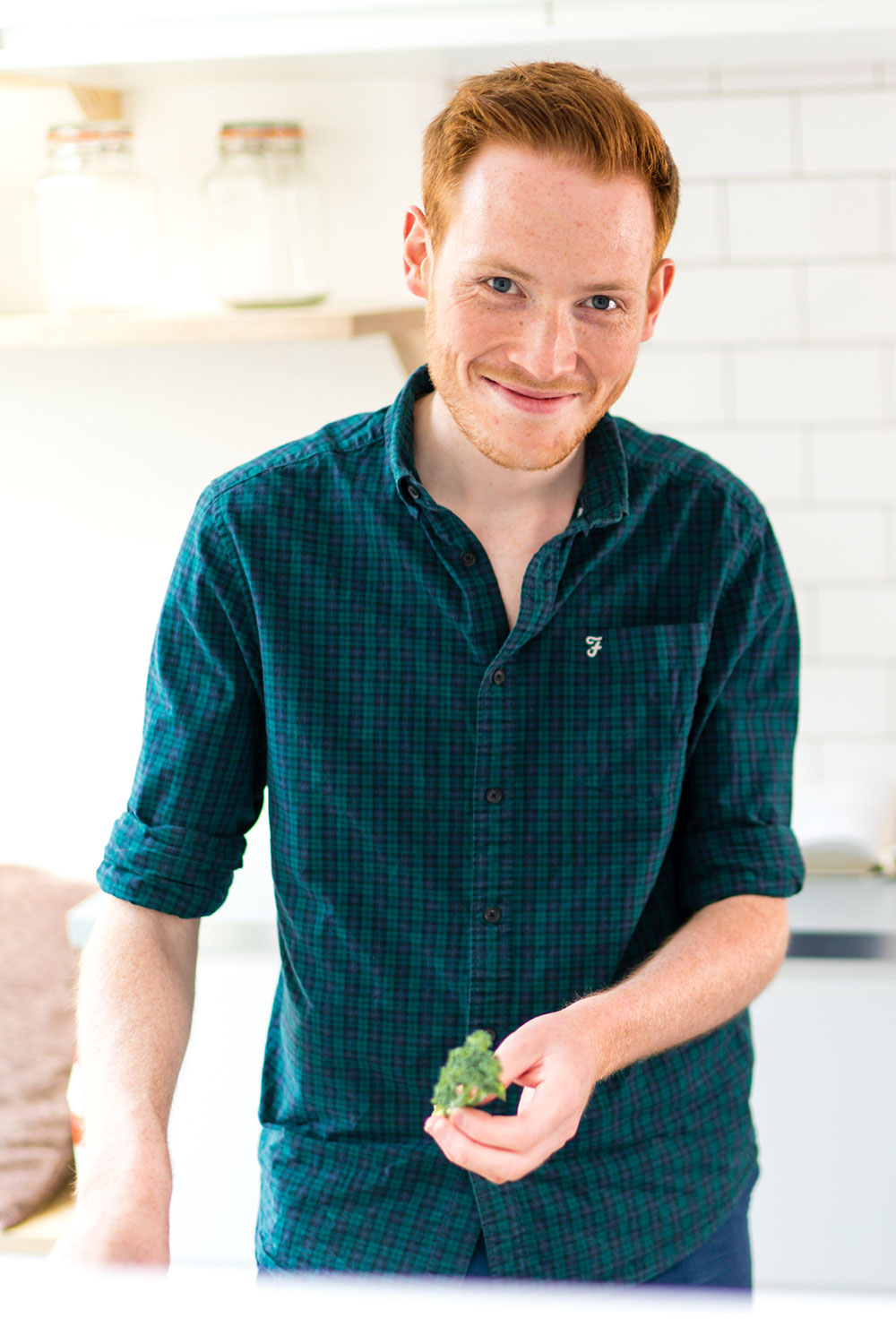 He also had a fascination with everything that flew, such as birds, rockets and aircraft, and wanted to become a pilot. With this goal in mind, Smyth joined the Air Training Corps before leaving school, where he built up some experience flying solo in both gliders and powered aircraft.

“I thought it was probably a good idea to have a degree to fall back on, so I chose engineering,” he said. “I enjoyed it so much that I realised I wanted to be the aircraft designer rather than the driver.”

Smyth has spent his entire engineering career thus far at Rolls-Royce, completing an internship there while finishing his degree at Cambridge University, and returning on graduating to work on jet engine and power systems manufacturing.

“The eight years I’ve spent there have been tremendously varied,” he said.

“I’ve worked in process improvement on the shop floor, spent several years as an analyst in engine testing and performance and now work as a research engineer within the aviation futures team. I do a lot of high-level modelling of alternative fuels, novel airframes and propulsion systems.”

Smyth even has a patent to his name, although he’s unable to discuss it due to commercial sensitivities.

“I love that in my current role I feel like I’m seeing what the future of aviation could look like and am working towards making it greener and quieter,” he added.

Cooking up a storm

Smyth describes himself as “always a big eater, not always a big baker” who would attempt to help his mother and grandmother in the kitchen as a child. It wasn’t until he moved to England from his home in Northern Ireland, and had a kitchen of his own to practice in, that his interest in baking really took off.

He went on to make it as a finalist in series seven of The Great British Bake Off, where he was known for his outrageous creations,

“After Bake Off, because of the media attention and opportunities coming my way, I did wonder whether I’d have to decide between baking or engineering,” he said. “My solution: do both.”

Smyth now works four days a week at Rolls-Royce, meaning he can pursue both of his careers in tandem.

“What I’m most proud of is that I think it’s got people to appreciate the unexpected overlaps in creativity and innovation in what may seem like disparate fields,” he said.

“It’s been a labour of love for the past four years for me so it’s deeply satisfying to see [Baking Impossible] set sail — although, if you’ve seen the first episode, you know there’s a bit of sinking too.”

“After Bake Off I did wonder whether I'd have to decide between baking or engineering. My solution: do both.”
Andrew Smyth

Smyth has also taken his bakineering shows on the road, beginning with a commission from the National Space Centre in the UK to prepare a talk for an event they curated around food.

“I ended up making a baked alaska to explain the principles behind the thermal protection system on the space shuttle, and realised that the mechanisms at play were the same,” he said.

“It was a major ‘aha moment’ and the audience absolutely loved it. We sold out two more shows at subsequent events so I knew I was onto something.”

He now tours his live shows around the UK and Ireland, and recently worked with the European Space Agency.

“I got to keep a real sachet of tiramisu from the same batch that was sent to the space station. I don’t think I’ll ever open it, it’s a treasured possession and sort of sums up bakineering in one object,” he added.

Now that ‘bakineering’ has made its way into the mainstream, Smyth said he is delighted his idea is getting such a great response.

“I’m especially thrilled that families are finding they can all enjoy it together. My favourite thing is getting sent photos of DIY bakineering projects from kids at home,” he said.

“Engineering has given me so much, but sometimes I think the representation of it in the media can be a little bit grey.

“I want to show the creative and fun aspects of being an engineer to encourage students to consider that it might actually be for them after all.”

“I want to show the creative and fun aspects of being an engineer.”
Andrew Smyth

As for what’s next, Smyth hopes to create a ‘bakineering at home’ cookbook and continue the television show, with even more challenging tests for the contestants. He also wants to continue to advocate for more diversity in STEM professions.

“[I’m speaking] much more openly now about being a gay engineer,” he said.

“There’s been some great progress on LGBT representation in engineering the past few years, and I realised I needed to be open if I wanted a better journey for those coming next.”

While not everyone can land their own Netflix show, Smyth said he’s keen to hear from Australian engineers from across all disciplines about how they would approach the bakineering challenges, via his Twitter handle @cakesmyth.

“I do hope it provokes people to think about the creative overlaps in their own lives and to not feel so caught up in conventional boundaries,” he said.

“In engineering and in baking, unexpected combinations can yield innovative results.”

‘I think I’ve done a job on every street in Melbourne’: Highlights from a 50-year engineering career