Engineer and now Federal Member for Swan, Zaneta Mascarenhas is a breath of fresh air in the House of Representatives.

Depending on who you ask, engineering for good can mean different things. For some, it’s volunteering their skills on international projects, for others, it’s standing up for their community at a national level.

The latter is certainly the case for engineer Zaneta Mascarenhas, the newly elected Federal Member for Swan in Western Australia for the Labor party, and the only politician of Goan-Indian-descent who will be in the House of Representatives.

“We all have different ways in which we can make a positive difference,” Mascarenhas told create. “I had lived in the community of Swan and was increasingly frustrated that our previous Member of Parliament seemed to take our community for granted which compelled me to put my hand up — to stand up for my community.”

Admittedly, Mascarenhas has always been someone who has used her position and power for good. Which says a lot about her character. “I was born and bred in the Goldfields and community service and making a positive difference was instilled in me,” she said.

“I had lived in the community of Swan and was increasingly frustrated that our previous Member of Parliament seemed to take our community for granted which compelled me to put my hand up.”
Zaneta Mascarenhas

That drive to make a “positive difference” is what has shaped Mascarenhas’s career to date. A science and engineering graduate from Curtin University, Mascarenhas’s 15 year engineering career has seen her work on a construction site as one of only two women; volunteering in Bangladesh for the World Bank on their Water and Sanitation Program via AusAid; to helping companies with their climate change plans. 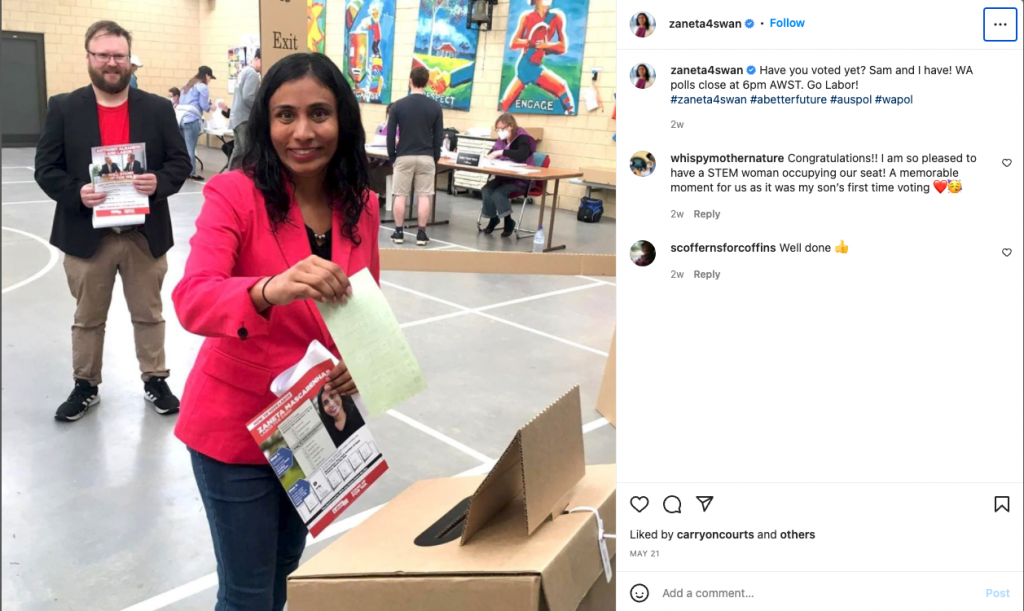 An engineer in the House

The fact that Mascarenhas doesn’t have a typical career background expected of politicians is refreshing. And it’s something her constituents agree with.

“Election night was pretty surreal! My volunteers and I had worked tirelessly during the campaign — we had knocked on 45,000 doors to speak about the better future that Labor would deliver.

“For some, they were excited that I was a woman, others that I was a person of colour, for others it was that I’m an engineer.”

In a speech at Curtin University that covered career lessons such as “Often you need multidisciplinary teams to solve wicked problems” and “Do. What. Matters.” proved that Mascarenhas’s engineering mindset is what is needed in the House of Representatives.

“I’m wanting to tackle social disadvantage in my community. There is no silver bullet, but I can’t help but think that the “problem solving” mindset of an engineer would be good at making progress on this.”

“For some, they were excited that I was a woman, others that I was a person of colour, for others it was that I’m an engineer.”
Zaneta Mascarenhas

When asked what policies she was hoping to change, Mascarenhas didn’t shy away from the big issue: cost of living. “Throughout the campaign I heard time and time again that cost of living was, and continues to be the number one issue for my community,” she said.

“There is no doubt the next few years are going to be incredibly challenging. Productivity is going to be important to help keep costs down. I’m hoping my processing engineering skill set will help improve this.”

Climate change is also an issue close to her heart, and a problem she has been trying to solve for a large part of her engineering career. “I’ve been working in the climate change space for the past 12 years in the resources sector and I’ve seen how increasingly challenging the policy environment has been during that period,” she told create.

“I hope 2022 is the last time that climate action is an election issue.” 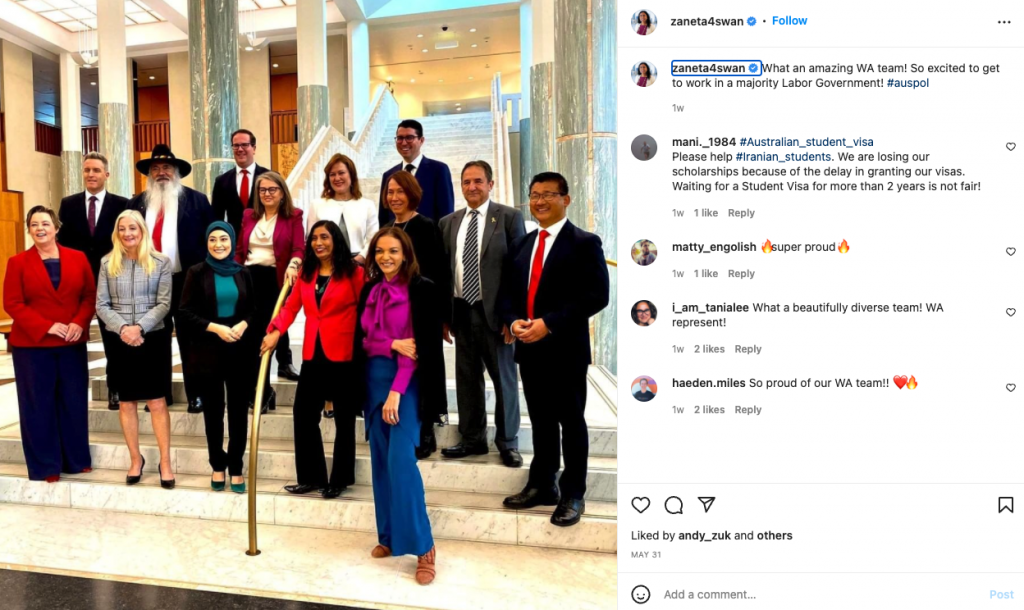 Paving the way for more diversity within parliament

While Mascarenhas’s election result is a win for engineering, it is also a win for women, specifically women of colour.

“It’s important that our Parliament reflects the broader community. Diversity ensures that we make better decisions. In the corporate sector we’ve seen that there is a correlation between increased women on boards and financial performance and social outcomes.”

But diversity in Australia’s parliament shouldn’t just stop at gender, in Mascarenhas’s opinion it also includes skill sets, gender, age and ethnicity background. As someone whose father was told he couldn’t migrate from Kenya because of the colour of his skin, despite having the right skills, Mascarenhas has seen the impact that politics and parties with open minds can have on individuals.

“I hope that more people are encouraged to participate in our wonderful democracy, after all, our democracy is only as good as the people who put their hands up and run in elections.”
Zaneta Mascarenhas

“Once Gough Whitlam dismantled the last parts of the White Australia Policies my parents were able to migrate to Australia — and ended up in Kalgoorlie.”

In the lead up to the campaign, Mascarenhas called out the Labor government’s influence on her life with an Instagram post of her parents quoting “Labor forever”.  Now she is part of a wave of women of colour elected this election and the first woman to hold the seat of Swan in its 101 year history.

“The Labor Party has been creating a more welcoming space for CaLD people as active members and also advocating on CaLD issues. This has helped with people willing to put their hand up to run for Parliament. I hope that more people are encouraged to participate in our wonderful democracy, after all, our democracy is only as good as the people who put their hands up and run in elections.”

Powering the build of renewable energy sources in remote communities

Katie is the content director for create. She loves strategising as much as she enjoys interviewing interesting people and picking their brains. In her spare time you will find her indulging Sydney's never ending brunch options.