A Melbourne company has created what it calls a world-first monitoring and alert system that has the potential to revolutionise the aged care industry.

Sleeptite’s REMi, the brainchild of CEO Cameron van den Dungen, has been designed to non-intrusively monitor aged care facility residents during the night and send alerts to staff at critical moments.

Carers will be able to determine not only the presence or absence of a person in bed, but vital information about their position on the mattress to detect their state of sleep or distress. The technology will also provide valuable insights to help understand and prevent falls.

Up to 50 per cent of people living in aged care facilities fall every year, and up to a third of those falls will result in a bone fracture. Aged care residents who fall can also experience decreased independence due to a fear of falling again.

As the population of older Australian’s continues to grow, technology to improve quality of life is only going to become more important.

The development of the system was a collaboration between Sleeptite, researchers from RMIT and mattress manufacturer Sleepeezee Bedding Australia.

RMIT Associate Professor of Engineering Sumeet Walia said a team of three researchers, all of whom were previously named as Australia’s Most Innovative Engineers by create, began looking at flexible sensors or soft elastomeric platforms as early as 2011. 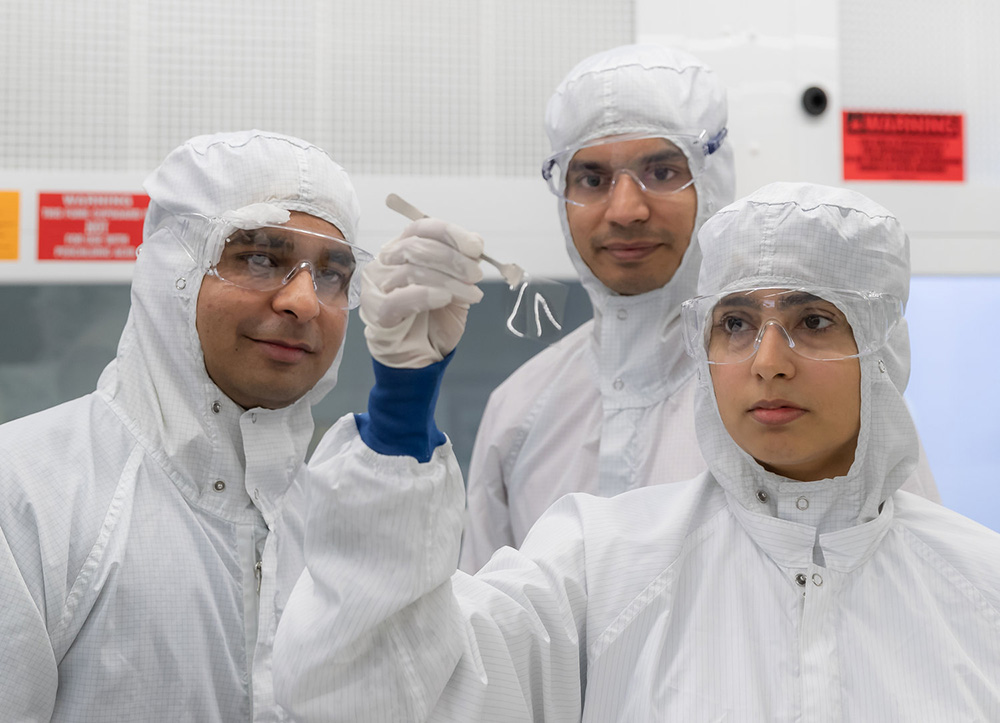 Originally, they were researching applications for flexible sensors as wearables for UV monitoring or for mining workers to gage levels of toxic gases.

But a meeting with Sleeptite’s van den Dungen in 2017 and a subsequent $1.7 million grant through the Federal Government’s Cooperative Research Centre Projects program led to the current application.

The RMIT team faced a number of challenges in designing the flexible sensors, Walia said, including actually fabricating electronics on soft elastomeric platforms and keeping them functional when they were flexed or stretched.

They had to develop new ways of integrating electronic materials into mechanically pliable platforms to overcome these issues.

Sleeptite’s REMi is a three-part system comprising flexible sensors that can monitor movement and vital signs, which are integrated into a medical-grade mattress cover; a backend platform that works to analyse the data; and a front-end user interface where insights are displayed.

Made of a silicone fabric, the sensors can determine if someone is in bed, as well as monitor breathing and heart rate. The sensors can inform aged care workers of a patient’s position in bed, which in the future could help predict if a patient is about to fall. 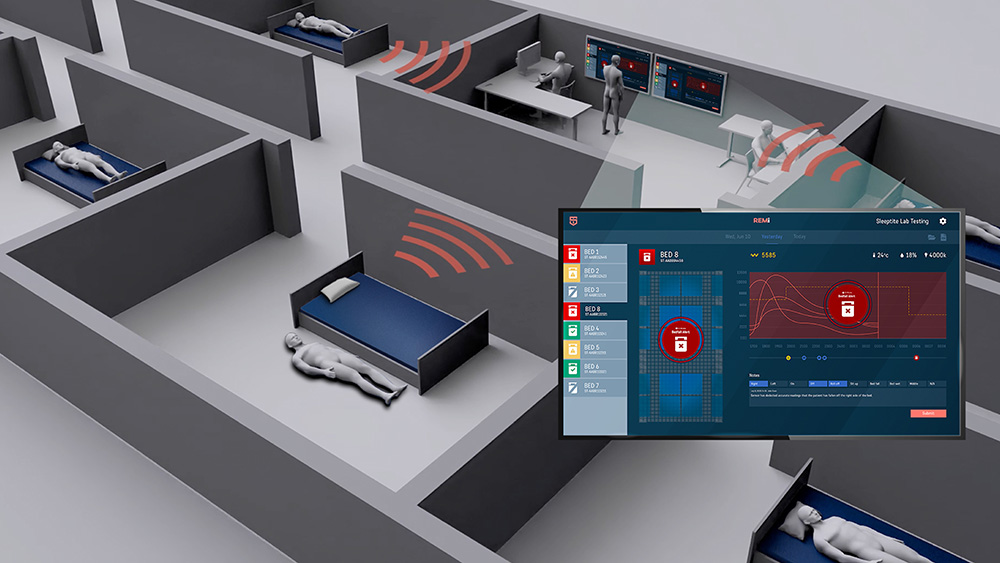 The sensors are contained in the mattress cover to protect them from any damage, Walia explained.

“They communicate changes in electrical properties in response to movement via wifi to a central, secure monitor,” he said.

“We are currently finalising the design for how that data will be displayed. However, it will operate on a traffic-light system, with different levels of warning based on the data and analytics.”

While field trials in aged care facilities are anticipated to begin soon, applications for the flexible sensors are open to imagination, Walia said.

“Research is currently being conducted for REMi to measure respiratory and heart rate.”

Carers will be able to determine not only the presence or absence of a person in bed, but vital information about their position on the mattress.

REMi was a personal project for van den Dungen, who was inspired by his father and his grandmother to develop a system that could monitor the movements of aged care residents through the night without needing to wake them up.

Henk van den Dungen was one of the founding members of mattress retailer Forty Winks and still owns a store in Melbourne’s Hawthorn today, while Petronella van den Dungen opened and ran a number of private aged care homes in Melbourne, but spent her later years in various levels of aged care.

“Following the release of the [final report of the] Royal Commission into Aged Care Quality and Safety, reassurance that the fundamental needs of our most vulnerable will be put first is needed,” he said.

“Whether it’s carers wanting to know that wherever their attention is turned they have a safety net behind them monitoring all residents, loved ones wanting to feel reassured at all times, or a CEO or a board making a decision based on a benchmark of care, REMi extracts data that is valuable.”

What you need to know about fully underwritten life insurance

What you need to know about fully underwritten life insurance