A Tasmanian firm has expanded from manufacturing stills and vats for whisky to making the the spirit that sits inside them.

Moving from stainless steel fabrication to whisky making doesn’t sound like a logical leap, but for Mark Kolodziej, Director of manufacturing company Kolmark in northern Tasmania, it made perfect sense.

“Our core business is servicing the food and beverage and pharmaceutical [industries],” Kolodziej told create.

“Tasmania’s location makes it difficult to compete on a national scale in our industry and, being project based, the continuity of work is competitive and challenging.” 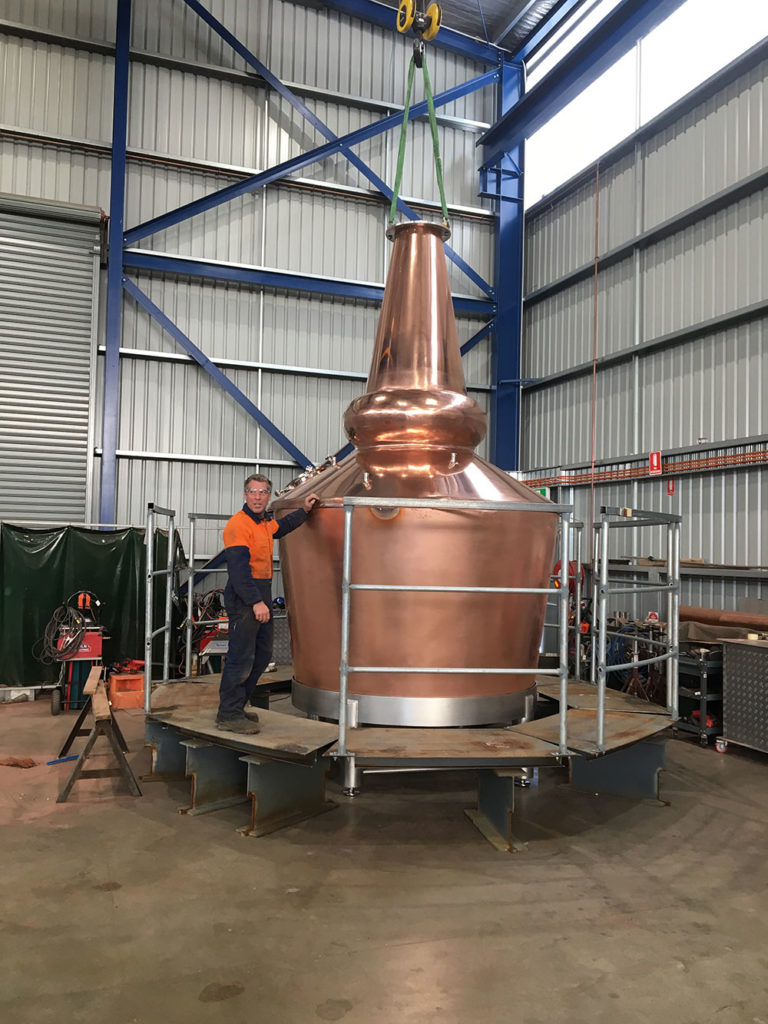 The firm was approached by a local distiller to fabricate a still locally, rather than importing one from overseas. Kolodziej and his colleagues built a prototype for making fine gins.

“Looking at the delivery times from other still manufacturers, we noticed our lead times for supply were very favourable. Looking internationally, we became aware that no one outside of Europe and America was offering turnkey solutions for distilling equipment,” he added.

“Our solution to this was to build our own distillery with state-of-the-art operating systems to showcase Tasmanian engineering in distilling equipment to stand alongside our great Tasmanian whisky.”

Market research revealed there was a space for boutique blends, following in the footsteps of Tasmania’s whisky pioneers Lark, Sullivans Cove and Hellyers Road.

But Kolodziej stressed that it wasn’t as easy as selecting the barley and opening the cellar door — they had to jump over myriad compliance hurdles first.

“We built our own distillery with state-of-the-art operating systems to showcase Tasmanian engineering, and our great Tasmanian whisky.”
Mark Kolodziej

“Coming from a background in zone 1 class 1 explosive areas in pharmaceuticals, we quickly noticed that this was a major concern in this new sector,” he explained.

“Dealing with a high percentage of ethanol spirits safely is a challenge in the craft and boutique distillery industry.”

The firm also encountered challenges in supply chains and pricing.

“European copper is two-to-three times the cost of Chinese copper, as is labour,” Kolodziej said.

“Asian imports are very competitive in the smaller volume section of this industry. It quickly became apparent that we had to look at turnkey solutions for this change in direction to be successful.”

The distillery will have cellar door sales, tours and a cafe open seven days per week. Kolodziej promised that aficionados who venture south to try his product will not be disappointed.

“The reality is that there is no substitute for aged whisky in good barrels,” he said.

“Our Tasmanian cool climate is perfect for consistent whisky ageing, and our water, well, that is the best.”

4 engineers share why they have a passion for humanitarian projects