The Australian space industry is ready for launch

As the private space industry matures, ambitious start-ups are looking to extend infrastructure in Australia and New Zealand.

Australia’s involvement in space stretches back to 1947, when the Woomera rocket launch facility in South Australia opened.

Since then, Australian facilities have helped transmit signals from the moon for the US Apollo program, Australian telescopes have searched the outer limits of space, and the country became the third nation in the world, in 1967, to build and launch a satellite from its own territory.

But it was the 2018 launch of the Australian Space Agency that accelerated the ambitions of the local space industry.

Space has gone from a realm dominated by government research into an exciting domain in which a range of private operators are making the most of the new opportunities on offer. Start-ups like Fleet Space Technologies in South Australia and Rocket Lab in New Zealand were some of the pioneers of private Antipodean space entrepreneurship, but as the sector has expanded, so too are new players coming in.

But there is still a lot of room for growth.

“The Australian space industry is nowhere near as mature as overseas space industries,” said Alexander Linossier.

Until he recently moved on, Linossier was Launch Director and Head of Engineering at Southern Launch, an Adelaide-based company that will launch rockets into polar and sub-orbital paths from its Koonibba Test Range and Whalers Way facilities.

“I think Australia’s still trying to figure out exactly what benefit we can bring to the international market in a lot of ways,” he said.

“We’re one of the last OECD nations to actually get a space agency. When you’re in that position, but you’re lucky to also be a nation that’s quite wealthy, you can catch up very easily by leveraging the experience and knowledge of other people around the world.”

Linossier believes that developing local launch facilities is a vital part of that catch-up process because of the opportunities it provides to other industries. Facilities like those provided by Southern Launch mean Australian companies would not have to rely on foreign infrastructure when they want to send something into orbit.

“We’re one of the last OECD nations to get a space agency. When you’re in that position, you can catch up very easily by leveraging the knowledge of other people around the world.”
Alexander Linossier

“It’s very important to have reliable access to space,” he said.

“By having that capability in Australia, it also allows a lot of the other Australian [small and medium enterprises] to actually cheaply access a launch capability.

“So, at the moment, even if they were to be donated a spot on a rocket — which doesn’t happen very often for private businesses — there’s still obviously a significant amount of cost involved for that company to interact with the rocket manufacturer, to travel to the launch site, to ship over their satellite payloads [and] to prepare it while they’re over there.”

Founded in 2017, Southern Launch achieved Australia’s first ever launch of a commercial space-capable rocket in September 2020. This was from its Koonibba Test Range, 40 km northwest of Ceduna, South Australia, which specialises in sub-orbital launches.

“Koonibba is just a suborbital test range, so the rockets don’t stay in space,” Linossier explained. “They just go up and come back down again.”

But Southern Launch’s Whalers Way facility, located at the tip of South Australia’s Eyre Peninsula, will begin operation this year and permit the company to put small satellites into orbit.

“The Whalers Way launch site will be both low Earth orbit and polar orbit,” Linossier said.

Southern Launch is aiming to complete five or six launches before the end of 2021, with the eventual goal of allowing customers to use its facilities to launch missions with just 48 hours’ notice. And that would benefit businesses all over the globe.

“It’ll be one of very few commercial launch sites around the world that actually eases the burden compared to, as you can imagine, launching from a government-owned launch site,” Linossier said.

“It also offers quite extensive and flexible access to space. Some other launch sites, for example, Kodiak in Alaska — the Alaska Aerospace Corporation — they have very limited launch windows in which operators can actually launch from there. Even though they have less paperwork demand, you only get a two-hour block in which you can attempt to launch.”

“Space is an incredible multidisciplinary undertaking and domain to operate in, and no country can do it all itself,” she told an Engineers Australia panel in March.

“It’s so important because other countries have had decades to build up fast capabilities that we don’t have here, and that collaboration is a terrific opportunity for us to learn more to develop our own domestic capability.”

Linossier said the future of Australia’s space industry will require integration into the global supply chain.

“If we try and do everything ourselves, we’re just going to be wasting time, burning cash on problems that have already been solved elsewhere,” he said.

“Even New Zealand, where they’ve only been doing it for a few years, they have a lot of experience that Australia doesn’t have.”

One New Zealand company building on that experience is Dawn Aerospace.

“Dawn really is a merging of the performance of rocket-based systems that can fly to space with the operational efficiency and scalability of an aircraft system,” explained James Powell, the company’s co-founder.

Powell believes systems that seek to send a single-stage rocket straight into orbit are too inefficient to be practical. Instead, Dawn’s delivery system is a spaceplane that takes off and lands on a conventional airport runway.

“It will fly to a suborbital profile — to around 100 km altitude, a really significant part of the delta that you need to get to orbit — and then the second-stage boosts from that to orbit.”

“We’re aiming to complete somewhere between five or six launches between the two launch sites by the end of 2021.”
Alexander Linossier

As a result, 96 per cent of what Dawn launches is reusable.

“This gives a substantial improvement in hardware utilisation, compared to any expendable or reusable rocket architecture that’s out there,” Powell said. “But then it’s also massively advantageous from an infrastructure perspective.”

That’s because — as Linossier also points out — accessing launch facilities can be difficult.

“Traditional rockets need a launchpad to get to space — and those are really hard to come by or very expensive to build,” Powell said.

“Because we use airports, we don’t need to do that. We just leverage millions of dollars somebody else has already spent on infrastructure, all around the world.”

That matters, because Dawn hopes to radically scale up the number of launches it can do. Powell wants it to be as easy to reserve room on a Dawn flight as it is to purchase an airline ticket.

“Even if you had 1000 rockets and they were basically free, and 1000 launchpads that you could use somehow, you couldn’t do 1000 rocket flights a year because it’s just too much disruption to everybody else,” he said.

“It’s just politically and socially untenable. Before COVID, we’d do a hundred thousand aircraft flights a day, so if we take off like a plane and another 1000 of them every day, no one would even notice.” 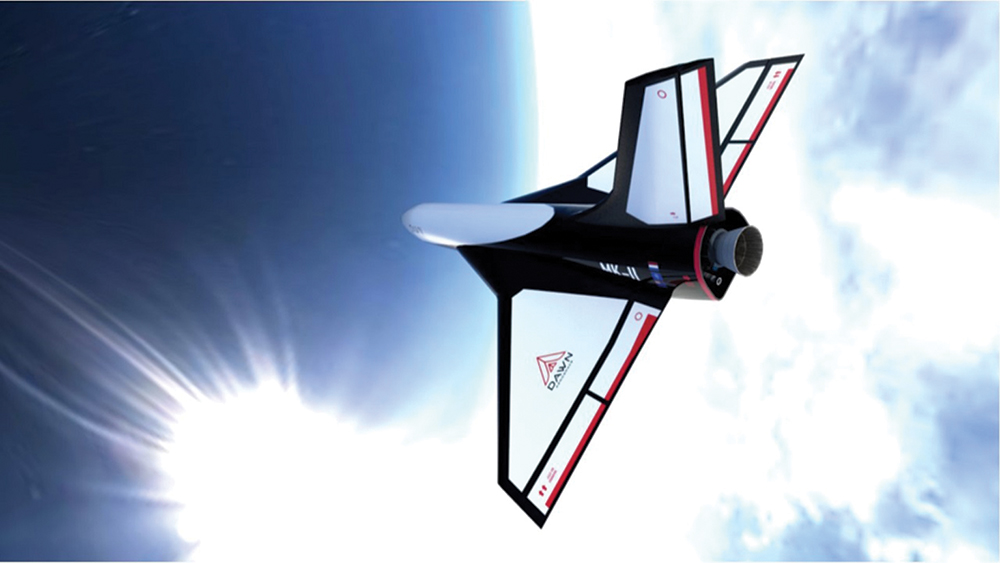 Dawn is on its Mark II stage spaceplane and is making money by offering its suborbital capabilities for research and test flights. Its Mark III, however, will put a payload into orbit with a second stage that activates when it has reached suborbital height.

Powell anticipates that this will be active in 2025, though that date depends on a lot of variables.

His engineering philosophy is to stand out by approaching problems differently.

“It wouldn’t be useful for us to try to be another SpaceX,” he said.

“We have to be fundamentally different, and the technology we’re building should be so different to them that it is a vast improvement on what is already out there.”

To pull off its work, Southern Launch relies on some pretty complex computing, using specialist Matlab software designed for it by MathWorks.

“Although we are writing custom software within a MathWorks environment, they are already leveraging existing certification of the base software,” Linossier said.

“Which basically just speeds up our ability to receive placements to launch and provides us with more confidence that for us and for our customers that the services and products that we’re delivering through that software are of the correct standard.”

Stephane Marouani, Country Manager at MathWorks, believes the familiarity of Australian engineers with his company makes a difference.

“For our customers in Australia, being able to develop and accurately innovate is crucial to being competitive with all nations,” he said.

Delivering therapeutic nitric oxide directly to the site of a disease