A new type of engine will soon be producing green power

After decades working on other people’s projects, this engineer decided to turn his attention to an interest of his own: renewable energy on a big scale.

After 28 years in academia and 22 years as Program Manager of Applied and Industrial Mathematics at CSIRO, Dr Noel Barton began work on what is now Capricorn Power.

Though he received several accolades during a long and successful career at CSIRO, including a CSIRO Medal and an Order of Australia, at age 55, concerned about climate change and a lack of attention given to renewable energy, he decided to become an inventor.

“I thought I would take a risk and follow my own research interests rather than those of other people,” Barton recalled.

His approach was to use direct heat from the sun rather than photovoltaic energy — but that involved a major commercial challenge.

“The only way concentrated solar thermal can be successful, in my opinion, is for it to be done at a very big scale from the very start,” he explained.

“I started to think about how heat energy could be stored in various sorts of material and what sort of thermodynamic cycle would be best suited to interact with thermal storage of heat energy.”

Some six or seven years later, the result is Capricorn Power’s Barton engine, due to see its first commercial installation in Geelong this month.

The Capricorn team said its system is a heat engine: it converts thermal energy to mechanical energy, which can then be used to do mechanical work. 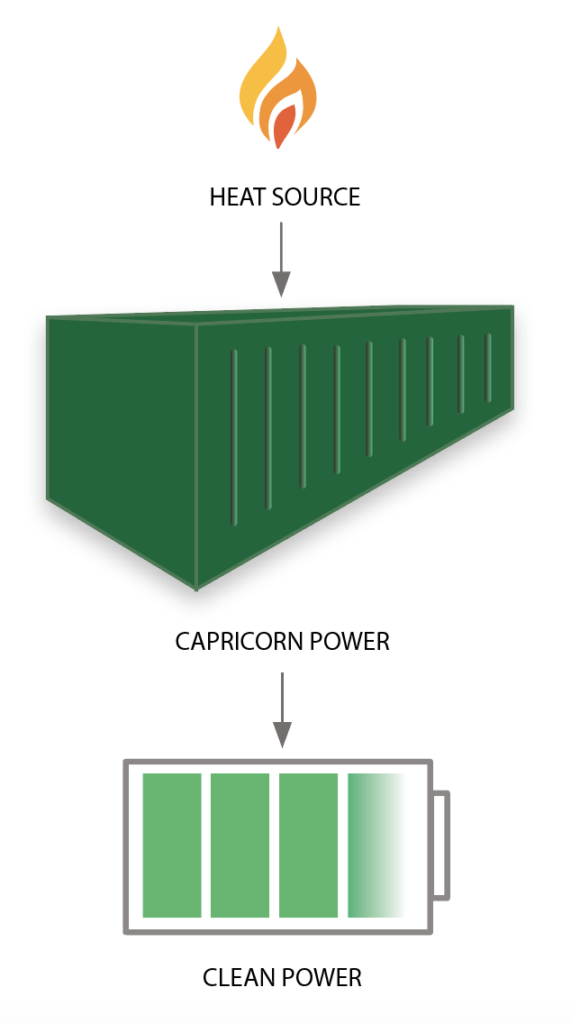 Its main application is to drive an electric generator, through it the system could power an air compressor, a ship’s propeller or a train’s wheels, for example.

A heat exchanger brings the air — the working gas — contained inside the Barton engine to a high-temperature state.

The air then generates work by expanding in the expander, which drives the piston cylinder, which then drives a generator.

As the piston moves back in the exhaust stroke, hot air is pushed through a recuperator, which reclaims most of the heat energy, before it is cooled to a low-temperature state and compressed. The process then resumes.

According to Ross George, co-founder and Managing Director of Capricorn’s manufacturing partner Austeng, the engine will be a good match for sites that turn over more than 4000 tonnes of organic waste a year.

This could fuel the generation of baseload power, he told create.

In terms of greenhouse gas emissions, Rowan Doyle said that the bioenergy projects developed using the Barton engine are vastly superior to those using coal-fired power and are, in effect, carbon negative.

“We’re talking about green waste, which is otherwise destined for landfill where it’s going to rot and produce methane, which has 25 times the greenhouse impact of carbon dioxide,” said Doyle, who is Projects Lead at Capricorn and a lecturer at the University of Melbourne.

“This is taking that green waste, pyrolysing it — producing heat in an absence of oxygen — putting that into an engine, and at the same time, producing biochar. You can’t even compare that with burning coal. It would be the Holy Grail to produce green, dispatchable, renewable energy and restore depleted soils.”

“This is taking that green waste, pyrolysing it — producing heat in an absence of oxygen — putting that into an engine, and at the same time, producing biochar.”
Rowan Doyle

Biochar is a useful product for soil improvement. According to one estimate, between 50 and 80 per cent of organic carbon has been lost from Australia’s surface soil since 1788.

“There are usage studies suggesting, with the right soil types from the right crops, you can hugely increase [agricultural] output,” Doyle said.

“A farmer in [Western Australia] conducted a trial with his avocado trees, reporting 2.6 times the crop from biochar-impregnated soil compared to crops next to it without the biochar.”

“Biochar is one method of building soil carbon and is stable and cost-effective,” added Capricorn Power CEO Mike Hodgkinson.

“It complements other methods, such as rotational cropping and the use of organic fertilisers. Our goal is to accelerate a transition to the circular economy.”

Capricorn was founded in late 2016, and it completed a 10 kW prototype of the Barton engine in 2018. This made the Victorian finals in the Australian Engineering Excellence Awards that year.

The company is hoping to prove its superiority against the current leading technology in a compact waste heat-to-energy application — the organic Rankine cycle (ORC).

Compact ORC systems typically achieve only nine to 15 per cent efficiency, generating as little as one-third the electricity from the same heat source that Capricorn expects to demonstrate in December.

ORC engines also use hydrocarbons or CFCs as the working fluid, whereas the Barton engine uses air.

The question often posed to Barton is: “If this cycle is so remarkable for turning heat to electricity, why hasn’t it already made an impact?”

Barton said that other engines — the Stirling engine, for example — have had much more time and money devoted to their research and development.

“It’s probably due to it being a much simpler piston-driven beast, with no valves, which create complexity, noise, and thermal losses,” he said.

Doyle agreed that valve design is among the main challenges and that there are other sources of inefficiency being chased down.

The hot end of the engine is being made hotter to chase near-Carnot efficiency.

“That’s what enables a theoretical efficiency of more than 50 per cent at 450 degrees Celsius. You’re rejecting a lot less heat coming back into the environment. You’re not cooling it, and your actual waste heat is a lot lower.”

He added that waste heat of around 80 degrees Celsius could also be used for purposes such as process heat or community heating.

The Capricorn Power team has achieved more than 30 per cent efficiencies for heat-to-electricity conversion over 450 degrees Celsius.

Barton said the cycle has strong similarities to an engine invented by John Ericsson in 1833. He presented on the topic at the 2019 World Engineers Convention. 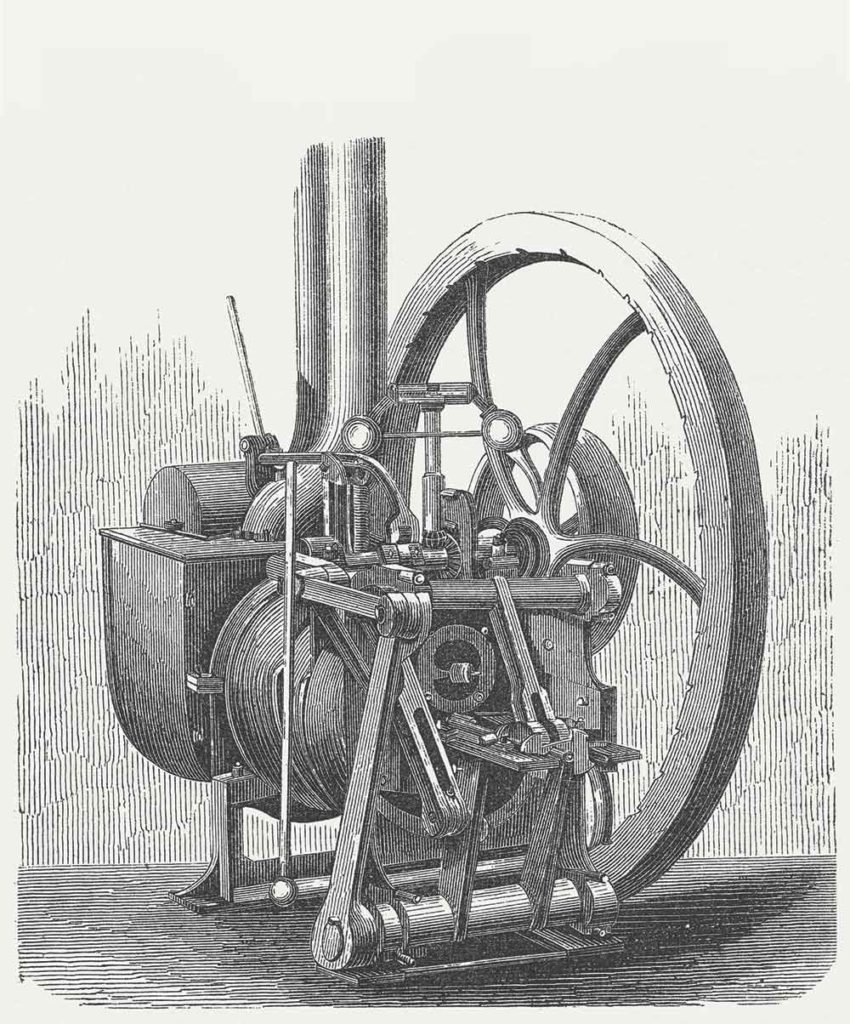 Ericsson’s engine is a “recuperated, closed-loop, piston-cylinder, Brayton-cycle engine”. The 1833 patent describes a Brayton cycle many years before the 1872 George Brayton patent.

“Ericsson’s first engine design nearly transformed the engineering world, though that honour ended up being given to James Watt’s steam engine,” explained Doyle.

He added that steam and internal combustion engines have been made incrementally more efficient over many years because of their dominance in the field.

“Heat engines have been around for a long time. The thing that I found compelling about Capricorn’s technology is that it has not had the same iteration and improvement as steam and other engines, and it has real potential to radically change things,” Doyle said.

This article first appeared as “Green machine” in the October 2020 issue of create magazine.

Opinion: It’s time to bridge the gap between experts and policymakers