Nissan has already launched a V2G trial in the UK. (Image: Nissan)

Electric cars hold the potential to not only form the future of transport — they could also play their part in energy storage.

When Professor Graham Town looks at an electric car, he sees a battery on wheels. And when he comes across an entire car park full of cars?

“If all the vehicles were electric — fully electric — the potential capacity there is larger than the Tesla battery in South Australia,” he told create.

That’s one of the reasons Town, a Professor in Macquarie University’s School of Engineering and a member of Engineers Australia’s Energy Advisory Panel, sees such potential in vehicle-to-grid (V2G) technologies, a concept that would incorporate electric cars into the broader infrastructure of power generation, transmission and storage.

Town’s assessment of the capacity of a car park full of electric cars comes from a study he completed at the Macquarie Centre, a Sydney shopping mall.

An important part of bringing V2G to reality is predictability. If you’re going to use a car as a battery, it helps to know where it is and how long it will stay there.

For instance, a car parked in a home’s garage at the end of the day will probably stay there overnight. Similarly, commuters are likely to leave their car in one spot for their entire workday.

“There’s a high degree of predictability around how workplace car parks are used,” Town said.

“We were interested in looking at something a bit less predictable, where the vehicles are not there for quite so long, and thinking about opportunities to develop charging infrastructure in other contexts.”

By tracking when cars came and went at the shopping centre, recording how long they stayed, Town could better understand the potential storage capacity of a car park filled with electric vehicles.

“Through analysis of that information, we can make some decisions around how to scale charging infrastructure, what the available resource is there in terms of storage, if it’s going to be used to either absorb energy from the grid or provide energy back to the grid,” he said. 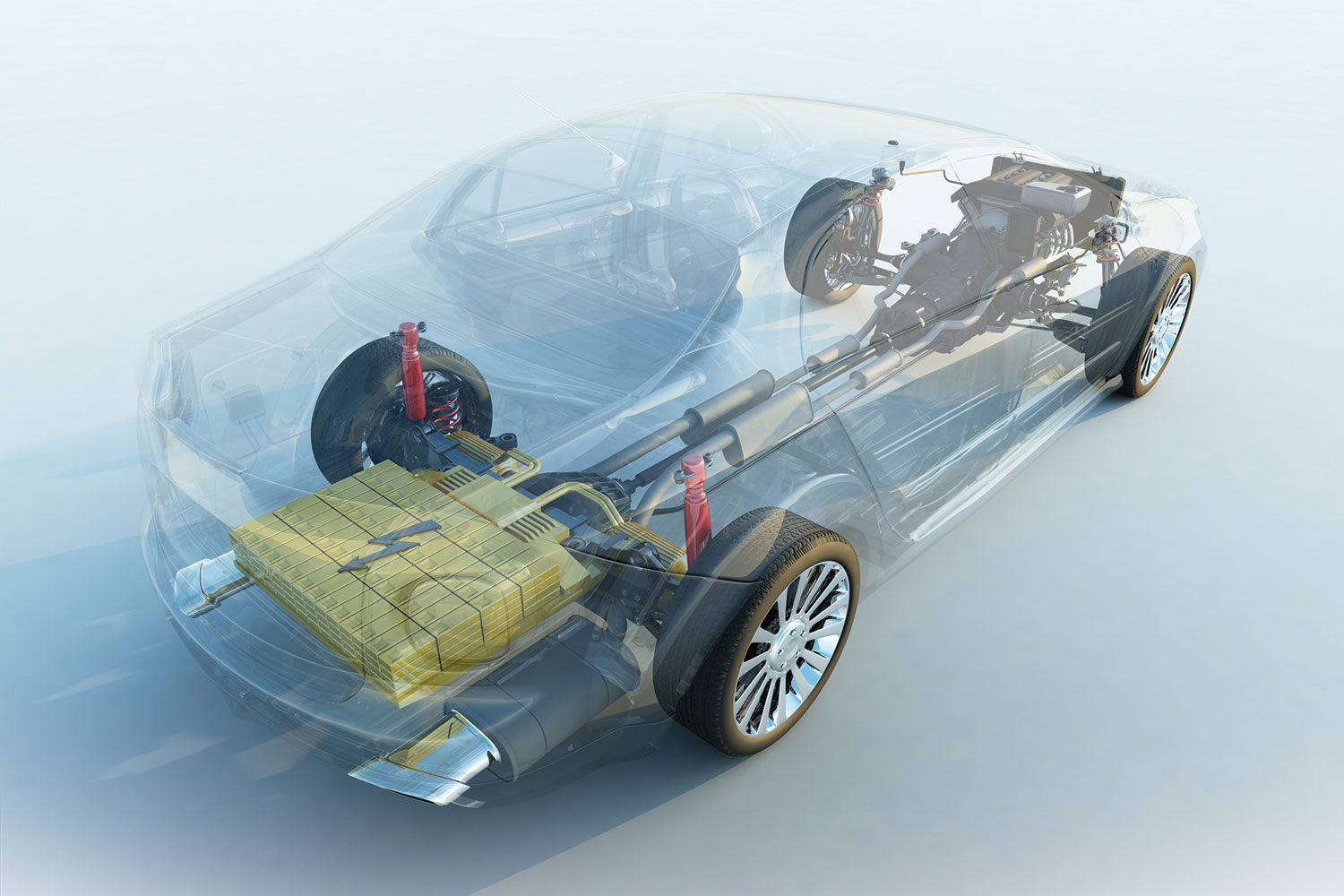 That scenario would require a world in which all the cars we use were electric — a situation far from reality at the moment.

On the other hand, just one-tenth of 1 per cent of cars sold in Australia are fully electric.

“Unfortunately, in electric vehicle uptake and integration, we’re a bit behind in Australia,” Town said.

Overseas, trials of V2G technology are becoming more serious. In 2018, Nissan and the UK Government began a project aiming to introduce 1000 V2G locations across the country over the subsequent three years.

And, in his capacity as a Visiting Professor at the Danish Technical University, Town has been working with a trial in the Greater Copenhagen area, which recently concluded.

Town said the Parker Project, as it was known, was the world’s first commercial V2G trial. The results suggest the technology is ready to provide advanced services to the grid and is commercially feasible and scalable.

There is still more to do though.

“You need alignment between technology, policy and business,” Town said.

The technological challenges that do exist are broader in scope.

“The technology to integrate electric vehicles into the grid is available today, but a lot of thought is still required around optimisation, largely from the top-down perspective,” Town said.

V2G could have a big impact on energy use and distribution. Town said that 30 per cent of the energy we use goes on transport.

“Renewable energy is usually distributed and variable in time and you need storage to manage that,” he said.

“There’s a huge potential resource in electric vehicles. If we continue to use vehicles for commuting the way we do now, most vehicles will be parked and the batteries available for other purposes 95 per cent of the time. It seems a waste not to access and utilise that.”

An intermediate step could be vehicle-to-home technology, which is likely to be adopted before V2G.

Nissan recently said that its Leaf electric car would make the technology available to Australian customers. That car is a 40 kWh model, but other vehicles provide even more energy storage. The Tesla, Town points out, is 100 kWh.

“That’s enough energy to power your house for five days,” he said.

"Most vehicles will be parked and the batteries available for other purposes 95 per cent of the time. It seems a waste not to access and utilise that.”
Professor Graham Town

“The future system is, in fact, a system of systems,” he said.

“If you combine ICT with energy, we talk about smart grids. And the idea of a smart grid is you use the available resources more efficiently.”

At the intersection of communications and transport, however, is intelligent transport. 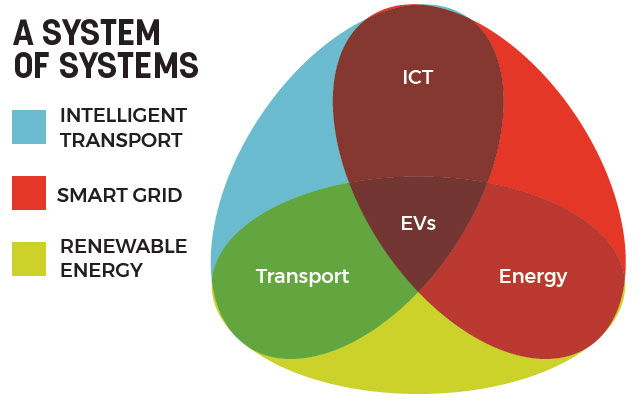 “Autonomous vehicles are a primary example of intelligent transport.”

The third side of the EV triangle is renewable energy — cars that run off clean electricity.

“These distributed energy systems will be relying on information, and information systems require significant amounts of energy,” Town said.

“It’s not unusual to find electrical engineers from telecommunications and other backgrounds now working for electricity distributors and the energy sector. It’s going to take a whole range of different skills to make this work in the future.”

This article originally appeared as “On the grid” in the September 2019 issue of create magazine.