This innovation could make wave energy a viable renewable alternative

An Australian-led research team has developed prototype technology that can double the power harvested from ocean waves, in an advance that could make wave energy a viable renewable alternative.

Engineers Australia Fellow Xu Wang FIEAust, Professor of Automotive and Mechanical Engineering at RMIT said one of his team’s key innovations was using a dual-turbine design to “convert the up and down wave motion energy into rotation of the generator at amplified speed through the counter-rotating turbine wheels and transmission mechanism for generating electricity”.

“Wave energy, or wave power, is a kinematic energy propagating through the motion of oscillating fluid particles,” he explained. 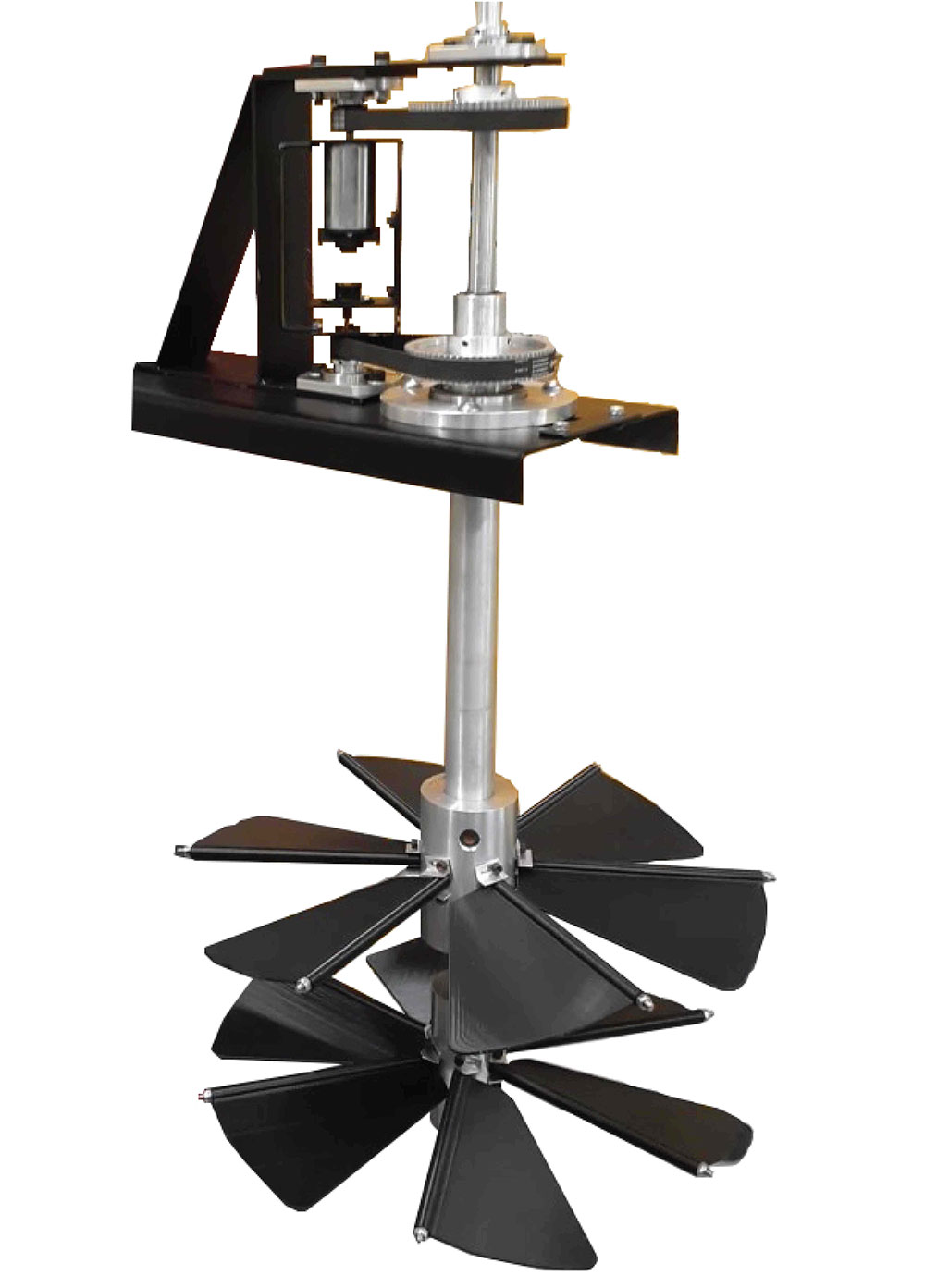 The untapped potential of this energy has been estimated as equivalent to global annual electricity production.

“In fact, analysis shows Australia could produce twice its current electricity output by harvesting just 17 per cent of its wave energy,” Wang said.

“Along the Australian coastline, which stretches 34,000 km, the average wave energy density can reach 50 kW/m. In the area of the southern coasts, the annual average power is greater than 120 kW/m.”

While there are hundreds of wave energy devices in various stages of testing and demonstration, the investment needed to implement wave energy conversion, as well as the challenge of the marine environment have so far prevented the power of the ocean from becoming a viable alternative energy source, he said.

“While wind and solar dominate the renewable market, they are available only 20 to 30 per cent of the time,” Wang said.

“Wave energy is available 90 per cent of the time on average and the potential power contained in offshore waves is immense.

“Our prototype technology overcomes some of the key technical challenges that have been holding back the wave energy industry from large-scale deployment.”

One of the most popular experimental approaches in harvesting wave energy is through a buoy-type converter known as a “point absorber” that is precisely synchronised with incoming wave movements.

“This usually involves an array of sensors, actuators and control processors, adding complexity to the system that can cause underperformance, as well as reliability and maintenance issues,” Wang said.

RMIT’s prototype, developed in collaboration with researchers from Beihang University in China, includes two turbine wheels stacked on top of each other and rotating in opposite directions. These wheels are connected to a generator through shafts and a belt-pulley driven transmission system.

“It needs no special synching technology, as the device naturally floats up and down with the swell of the wave, which maximises the energy harvested,” Wang said.

“The generator, transmission and electrical components are contained inside the floater above the waterline and protected from the corrosive ocean water.”

The lab prototype, which is about 150 cm long and 50 cm wide has been successfully tested at lab scale. The research team is keen to collaborate with industry partners to test a full-scale model, and work towards commercial viability.

“Once the electricity has been generated, we could use undersea cables to transmit it to the grid, or try to use the electricity to electrolyse seawater and generate hydrogen, which could also be used for energy,” Wang said.

Tapping into Australia’s wave energy resource could not only help reduce carbon emissions and create new green energy jobs, it also has the potential to address other environmental problems, Wang said.

“For example, as the frequency of drought increases, wave energy could be used to power carbon-neutral desalination plants and supply fresh water for agriculture — a smart adaptation to the challenge of a changing climate,” he said.

“Once the electricity has been generated, we could use undersea cables to transmit it to the grid, or try to use the electricity to electrolyse seawater and generate hydrogen.”
Professor Xu Wang FIEAust

“Wave energy could also be used to power offshore aquaculture facilities in conjunction with other renewable energy sources,” he told create.

“The difficulty is the many engineering and deployment challenges involved in designing, installing and maintaining equipment in marine environments.”

BMT was recently awarded the detailed design aspects of a $4.8 million project led by the University of Western Australia’s Wave Energy Research Centre to design and deploy a prototype-scale wave energy converter in Western Australia.

The project will demonstrate wave energy’s potential to power the aquaculture industry and enable an ecosystem of other surrounding activities, including development of a test site/market demonstrator and academic research.

For more information on the RMIT prototype, see the research published in Applied Science.