Leon Egan had his own consulting company and was the Indigenous and Multicultural Relationship Manager at the AFL Players’ Association when he was invited to a meeting at Melbourne Water in 2018.

He had previously facilitated two cultural awareness workshops for the utility and AMS. These looked at the history of Aboriginal Australia, including the impact of the Stolen Generations and the intergenerational trauma many Indigenous people still experience, as well as what the organisations could do to promote change.

Egan had run many of these workshops and was used to seeing participants brainstorm ideas — but this was the first time he received a business proposition following one.

“The workshops were at the end of 2018, and early the next year Eamonn Kelly FIEAust CPEng [Melbourne Water General Manager, Major Program Delivery] invited me to bring two potential business partners to a meeting with him,” Egan told create.

“I brought along two guys I grew up with, Dan Charles and David George, who have skills in the civil construction space. Eamonn told us there was an opportunity for Melbourne Water and Aqua Metro Services to support an Indigenous business startup and asked if we were interested. Of course we said yes.”

The result is non-destructive digging company Wara Paring Civil, which launched earlier this year. The business currently has a single truck and two full time employees, but the plan is to expand to an entire fleet of trucks and train young people to operate them.

Wara Paring means ‘come walk the path together’ in the Wemba Wemba language, traditionally spoken by Aboriginal Australians in north-western Victoria. It is a fitting name for the business, Kelly, an Engineers Australia Fellow and Chartered engineer, told create.

“We didn’t want this to be an initiative where we said, ‘you create your own business and we’ll provide you some work’,” he said.

“We’ve been working together every step of the way. We’re still providing support in terms of a pipeline of work and cashflow, but the plan is that within 12 to 18 months the team will be operating completely independently.

“As they move from two trucks to three trucks and more, one of our goals is to support the first young Aboriginal person to come through and ultimately become a Chartered engineer.” 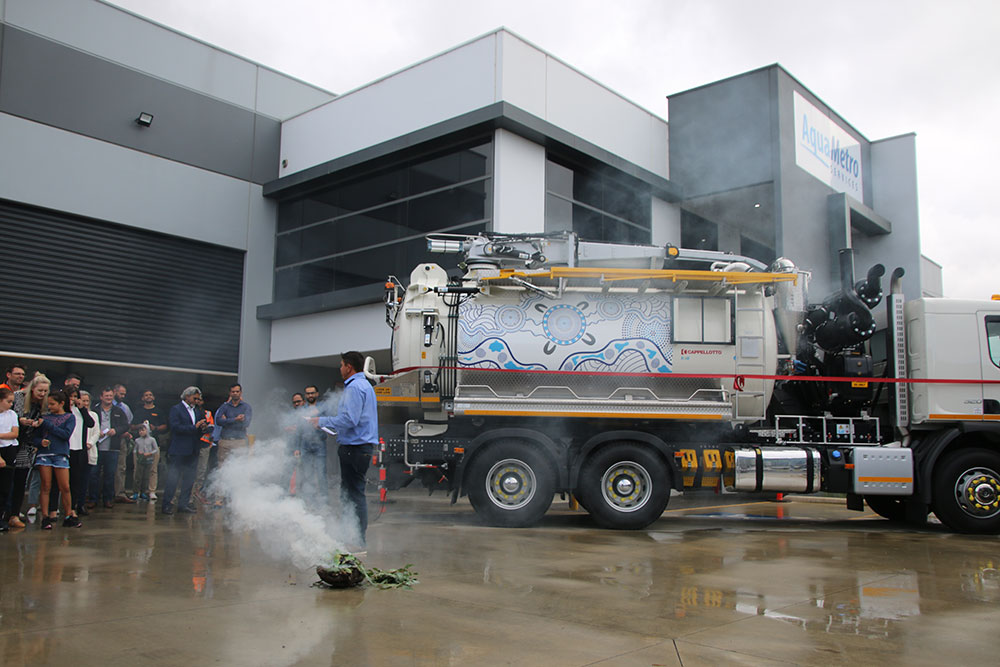 To set the Wara Paring team up for success, Melbourne Water and AMS developed an 18-month training program, with Egan and his business partners learning the ropes as AMS team members. As well as becoming non-destructive digging experts, they also developed their business skills, from financial literacy to HR.

The structured training program, which has been endorsed by the Victorian Chamber of Commerce, was designed to help build the team’s capacity and ensure they had all the tools to eventually set themselves up as an independent, sustainable small business.

He said it was what he learnt during the training that inspired him to help start Wara Paring and ensure it was a success.

“I’ve been an engineer for almost 30 years and this is the most important thing I’ve worked on in my life,” he said.

“I’m an immigrant, but I’ve been here for 18 years and I was shocked it took so long for me to learn the history. I would implore anyone who is a business owner, or in a position to make positive cultural change in their organisation, to get educated.”

Egan hopes Wara Paring will inspire other businesses in the water sector and beyond to implement similar initiatives.

“We [the Wara Paring team] all left really good jobs, jobs that provided good career pathways, to come and start a business that will provide opportunities for Aboriginal Australians,” Egan said.

“Being able to create real opportunities was a significant driver for me. Using our model, with the training at the front end during the project phase and then now with our business being up and running, we’ve got a journey we’re able to share.”

Kelly agreed, and said the ultimate goal would be for the Wara Paring team to mentor other Aboriginal-owned startups and provide an example of what’s possible.

“We’re not saying everybody needs to be doing this and invest in a civil construction service provider,” he said.

“It’s about more people working out what their version [of supporting Aboriginal-owned businesses] is, what they can do, and investing in meaningful, sustainable initiatives.”

Your say: The evolution of engineers

Your say: The evolution of engineers