Taking robots from the lab to the real world

Electrical engineer and robotics specialist Professor Ian Manchester is preparing for a not-too-distant future where robots are as commonplace as today’s smartphones and laptops.

As the new Director of the Australian Centre for Field Robotics (ACFR), Manchester will start his tenure by launching the centre’s recently announced $5 million research hub to develop intelligent robotic systems to automate the inspection, monitoring and maintenance of hard-to-access assets and infrastructure — including bridges, solar farms and undersea equipment and structures.

Manchester told create he will build on the centre’s strong track record in mine automation, aviation flight planning, self-driving vehicles and monitoring of underwater environments (such as the Great Barrier Reef), while also exploring new frontiers.

“At the moment, there are absolutely fantastic opportunities for robots in a lot of domains,” he said, including surgery, space exploration and disaster monitoring and response.

Manchester started his journey into the robotics field with his PhD project at the University of New South Wales, Sydney. This involved developing a robot navigation algorithm based on insect behaviour.

“It was inspired by how insects would navigate using simple visual cues,” he said. “This could result in quite useful behaviour for robots.”

After completing his PhD, Manchester took up postdoctoral posts at Umeå University, Sweden and MIT in the United States. There, he started researching bipedal and quadrupedal robots.

While people find walking and navigating around obstacles easy, the same isn’t true of robots. But robots and artificial intelligence (AI) systems have already achieved things that most humans would find extremely challenging, like beating a chess world champion at his own game.

This is neatly summed up in Moravec’s Paradox: Robots find the difficult things easy and the easy things difficult. 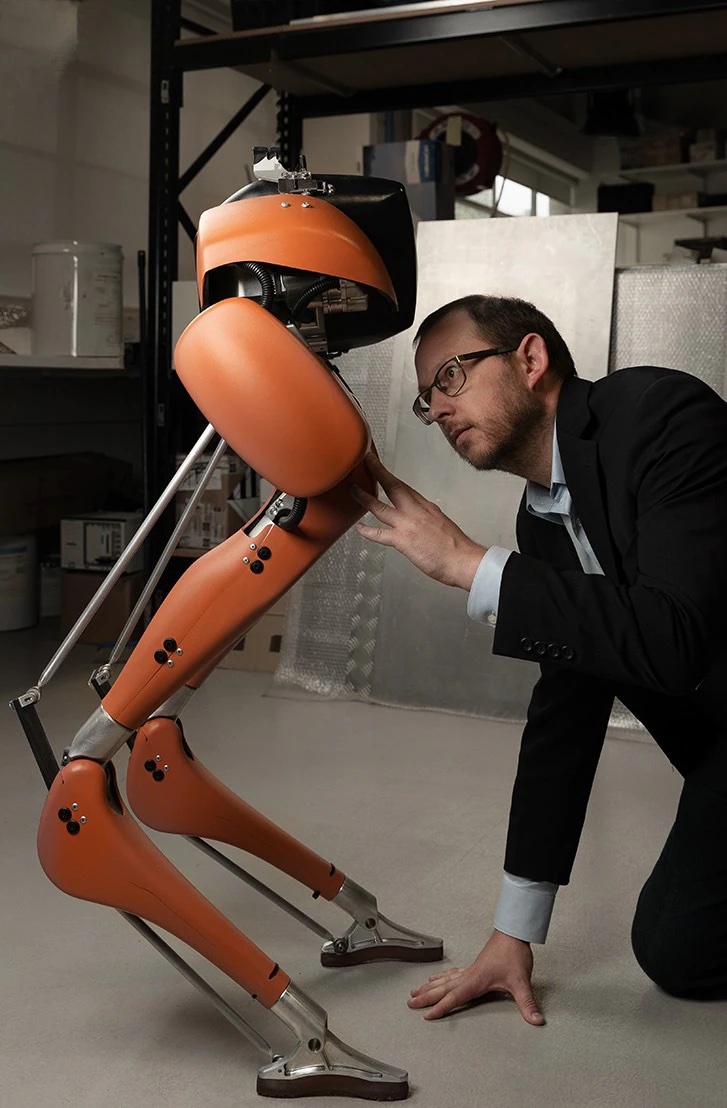 Manchester is continuing his research into robot motion planning and control alongside his work leading the ACFR.

“Designing a robot that could challenge a world-champion gymnast is a very different prospect to creating a chess-playing AI,” he said. “It’s still a work in progress.”

Among the new frontiers Manchester hopes to tackle at the ACFR is robotic surgery. In partnership with the Sydney Medical School, the centre has developed a purpose-built operating theatre. Although it has had to pause some development due to the current COVID-19 lockdown in Sydney, Manchester expects it will be up and running soon after the outbreak is contained.

With ever-worsening bushfire seasons in Australia and around the world, Manchester and his team are also researching robotic systems that can do monitoring and surveillance to spot bushfires before they get out of hand. Another area they’ll investigate is automated water bombers, which could prevent tragedies such as the fatal crash during the Black Summer fires.

“If we can get robots doing the flying instead, it can be a lot safer and we could have a lot more water bombers across the firefront,” Manchester said.

The centre is also delving into space robotics projects with the help of funding from the Australian Space Agency.

Most of the 120 researchers, students and staff at the ACFR have an engineering degree.

“You have to understand how all the parts work together. That’s the engineering mindset,” he said.

“You have to understand how all the parts work together. That’s the engineering mindset.”
Professor Ian Manchester

As robots move into the real world, engineers are increasingly working more closely with specialists in other fields.

For example, engineers at the ACFR are working with social scientists, architects and designers to understand the interactions between pedestrians and self-driving cars. And as more robots move out of the lab and into our lives, these collaborations will continue to grow.

“Robots are graduating into the real world,” Manchester said.